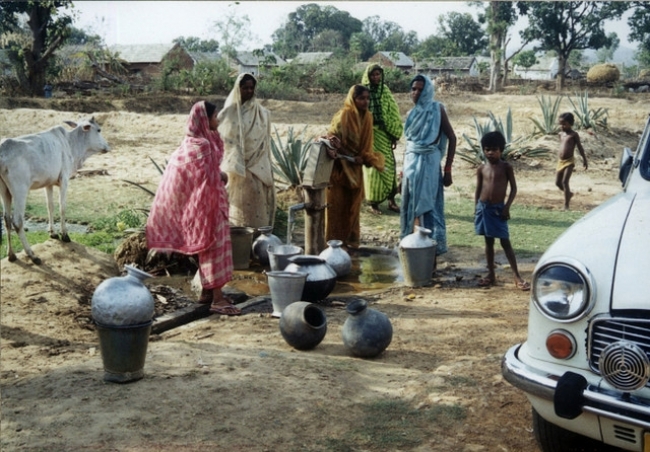 The headlines don’t scream at you from the front page. But their effect builds and, if you’ve followed the news from across Asia this past year or so, you will understand the scale of the problem. Drought doesn’t have the immediacy of a tsunami or a flood, but it can kill just as effectively. Its method is slow, insidious and, in the end, more painful, grinding people slowly into the dust that lies where crops once stood.

Essentially, drought is an extended period of substantially lower-than-usual rainfall, leading to a shortage of water for domestic use and agriculture, and ultimately to financial, physical and social hardship. And it happens over and over again in Asia, where around a fifth of all rice area is drought-prone.

The consequences of drought read like a description of the apocalypse: decline in food production, hunger, malnutrition, disease epidemics and other health problems, famine, displacement of people, loss of assets, starvation — the list goes on. Where floods and typhoons inflict instant damage, drought’s impact is gradual, so it receives less attention from politicians and policymakers. Nevertheless, prolonged severe drought causes the breakdown of livelihoods and rural economies and the failure of social support systems.  The impact is disproportionately high on poor households that are less able to cope because they do not own or have access to the resources they need to escape the worst effects.

In 2004, widespread severe drought in much of Asia not only resulted in agricultural production losses of hundreds of millions of dollars but also pushed literally millions of people into poverty. In Thailand, drought hit 70 of the country’s 76 provinces and affected more than 8 million people. Production loss from major crop failures covering 2 million hectares is estimated at US$326 million, resulting in a 3.9% decline in the 2004 agricultural gross domestic product (GDP). More than half of the rural population of Thailand relies on farm income for their livelihoods. The story is the same all across developing Asia, where well over half the population depends on agriculture.

Reports from numerous countries have a depressing sameness to them. In 2004, the normally  lush tropical southern Chinese island of Hainan suffered its worst drought in 50 years, with 12 million hectares of farmland affected. Media reports claimed that more than 9 million Chinese faced drinking-water shortages. Vietnam’s eight central highland provinces suffered their worst drought in 28 years, affecting around 1 million people and causing an estimated $80 million worth of crop losses. In March 2005, Cambodian Prime Minister Hun Sen called for international assistance for a national campaign to help farmers who are short of water. Coping with  recurrent drought is part of life for millions of Asia’s rural poor.