Despite the widespread testing and promotion, alternate wetting and drying (AWD) has not been adopted in the entire country. New research investigates the factors that deter the adoption and scaling of this promising technology to end-users. 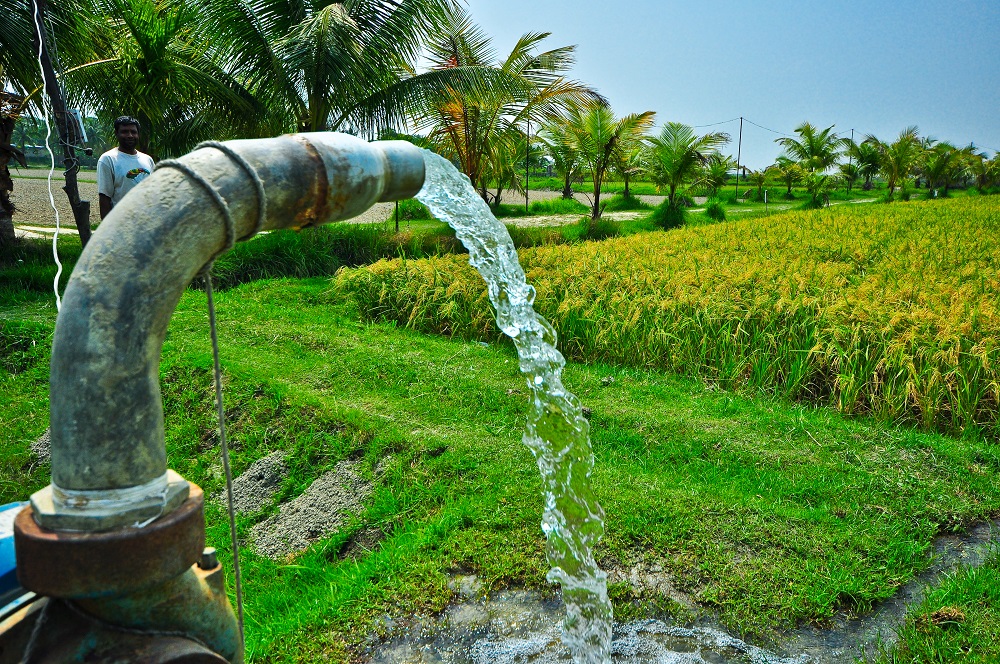 Bangladesh is one of the most densely populated countries in the world. Its 165 million people rely heavily on rice as a staple, which resulted in the wide adoption of high-yielding varieties and cultivating the crop in multiple seasons. The country’s increasing rice production over many years has now made it relatively self-sufficient in rice production and the fourth biggest producer in the world.

It is very common to produce rice during the dry or boro season where rice is grown under irrigated conditions using groundwater.  In fact, the extensive use of groundwater for irrigation has led to an increase in boro production.

Productivity at a price
The unregulated and unsustainable exploitation of groundwater put great pressure on major aquifers and pose a serious threat to the country’s most important natural resource crucial to sustaining agrarian growth and the future food security of Bangladesh.

AWD is a widely-known improved irrigation practice that can provide optimum yield while reducing the use of groundwater resources.  A safe AWD practice involves intermittent irrigation as long as there is sufficient soil moisture. To observe soil moisture, a perforated plastic tube is embedded in the soil. The field is irrigated once the perched water table falls below 15 centimeters from the soil surface.

“The field trials conducted by various research agencies during the boro season have shown that farmer–participants who practiced safe AWD irrigated their fields less frequently than those who did not,” said Sudhir Yadav,  a water scientist and the lead of the Soil, Climate, and Water Cluster at the International Rice Research Institute (IRRI).

A glitch in the adoption pathway
Despite the widespread testing and promotion, AWD has not been adopted in the entire country. New research investigates the factors that deter the adoption and scaling of this promising technology to end-users.

“One of the key factors that hinder the adoption of safe AWD is the lack of economic incentives to save water,” Dr. Yadav said. “In Bangladesh, irrigation is charged per unit area and not based on the amount of water used. It defeats the purpose of AWD which reduces the amount of irrigation water.”

Other adoption constraints identified by the researchers include the lack of flexible mechanisms to control irrigation, especially for river-based irrigation systems; disruptions in electricity supply; and the risk of rice yield losses due to greater weed infestation.

Shaping agricultural policies and market strategies
Given these constraints, it is important to shape agricultural policies to create strategies that enable conducive mechanisms for efficient water management. The authors of the study emphasize that the choice of cropping patterns, suitable varieties, and agronomic practices should aim to improve the overall water productivity.

“It is also important to increase investments in research, development, and capacity building of farmers to enable applying AWD in system level,” Dr. Yadav said. “This will generate more benefits than if applied in the field level.”

___________________
Ms. Quilloy is a senior communication specialist at the Mechanization and Postharvest Cluster under IRRI’s Sustainable Impact Platform.