For many tribes in the Cordilleras, heirloom rice is a spiritual bridge to their ancestors who built considerable knowledge through trial and error and fashioned unique technologies from experiences collected over the centuries. 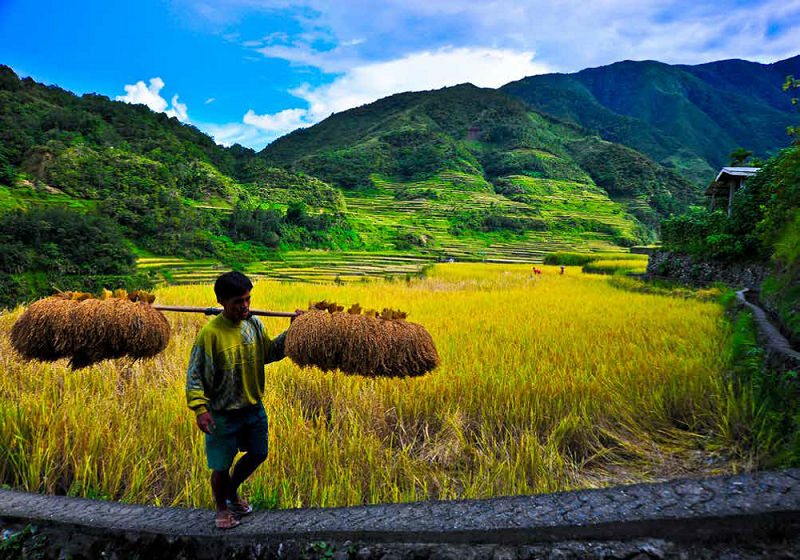 .
For hundreds of years, the indigenous tribes of the Cordillera Region placed their fate in the hands of the “seed keepers,” tasked with harvesting the life force of their rice. Seed keepers select the grains to be saved for sowing in the next planting season, and thus play a crucial role in the turnout of succeeding rice harvests.

For many tribes in the Cordilleras, heirloom rice is a spiritual bridge to their ancestors who built considerable knowledge through trial and error and fashioned unique technologies from experiences collected over the centuries. After being handed down in an unbroken link from generation to generation, more than 300 of these native rice varieties have achieved a venerated status as tribal heirlooms. Sadly, many of them are disappearing. Of the 41 varieties listed by the DA-IRRI’s Heirloom Rice Project, 13, mostly from the Mountain Province, are near extinction.

The race to conserve heirloom rice is of utmost importance, not only because these are irreplaceable cultural treasures and have high economic potential, but also because of the intrinsic value these traditional varieties hold for modern rice breeding. This enormous diversity of rice in the Cordillera is like a big box of genetic tools that serve as a crucial line of protection against the threat of insects and diseases.

The first line of defense for this rich genetic resource is to bring them to the International Rice Genebank at the International Rice Research Institute for safekeeping. The genebank currently houses more than 127,000 rice types from all over the world. However, while deep in frozen slumber inside the genebank, these varieties are out of touch with the changing environment outside, including constantly evolving biological agents that cause diseases.

If the varieties ever find their way back in the fields, like Rip Van Winkle, they could be at a disadvantage in a world that has already been transformed by climate change or epidemics.

By growing the rice in farms—under the watchful guidance of the seed keepers—individual plants blessed by Mother Nature with uncanny genetic abilities to thrive under prevailing conditions will continue to flourish. Thus, the farmers and the seed keepers are the ultimate genebanks of the Cordillera Region. If we can find a way to provide better livelihoods for Cordillera rice farmers, then their heirloom rice varieties will be preserved
and their genetic armories perfected.