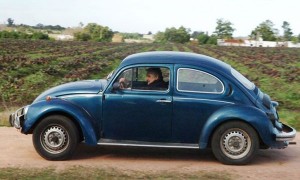 You may remember reading an article in the July- September 2012 issue of Rice Today, documenting Uruguay’s rice sector and the impressive gains in productivity it has seen in recent years.

I wrote the piece after accompanying a delegation from the Global Rice Science Partnership (GRiSP) to the town of Treinta y Tres, in the heart of the country’s rice growing region. With increases in yields of up to 25% in just a few years, the GRiSP scientists wanted to know the secret of the country’s success with rice, and so did I.

We learned about a unique system of trust, transparency, and vertical integration in Uruguay’s rice industry that has enabled the crop to flourish. A three-hour flight in a small plane over the spectacular paddy fields in the east of the country was the perfect way to end the trip.

But that wasn’t the end. 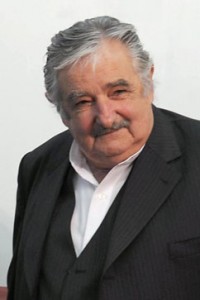 The Spanish-language BBC Mundo used the article as the basis for an in-depth feature published in advance of international coverage of the Global Conference on Agricultural Research, which by coincidence was taking place in Uruguay in October. Happy that Uruguay was receiving attention for its success with rice, we thought that was that.

What we didn’t realize was that the country’s Rice Growers Association—making efficient use of Rice Today’s Creative Commons policy—had translated the article into Spanish and republished it in their quarterly magazine Rice, distributing it to their 500 members, and many other people and organizations. They were rightly proud that GRiSP— the world’s largest coalition of rice experts—had singled the country out for praise, and wanted to share the good news.

But, in the Uruguayan media, a much bigger story was playing out at the same time. The country’s flag carrier airline PLUNA—governmentowned, and a great source of pride— had been on the brink of bankruptcy, and its seven planes were up for auction for US$137 million. When a deal with a private-sector buyer unexpectedly fell through, PLUNA collapsed.

Eager to hear what the president would say about the scandal, even more Uruguayans than usual tuned in to President José “Pepé” Mujica’s popular weekly national radio address that week.

President Mujica is renowned for not being a “typical” president: a former guerrilla in the 1960s and ’70s, he gives away most of his salary to charity, lives on a modest farm outside the capital Montevideo, and drives a 1987 Volkswagen Beetle. Perhaps his audience should have expected an unconventional broadcast.

But probably no one expected him to come on-air and read, from start to finish, an article he had recently seen that gave him and his country a reason to be proud— the Rice Growers Association’s translation of the Rice Today article.

Gonzalo Zorrilla, former executive director of the Latin American Fund for Irrigated Rice (FLAR), which is coordinated by the International Center for Tropical Agriculture (CIAT), and now head of Uruguay’s rice research program, found the sudden focus of attention on his country both surprising and well-deserved.

“It’s very difficult for such a small country on the other side of the world from the rice ‘big leagues’ to be recognized for its achievements,” Mr. Zorrilla said. “But the GRiSP meeting in Treinta y Tres, the article in Rice Today, the GCARD coverage, and the ‘cherry on the cake’ placed by the president, gave Uruguay’s rice sector exceptional exposure.

“I’ve been in a good position to observe its remarkable evolution after more than 20 years as a rice researcher at INIA, Uruguay’s national agricultural research program, and the last 7 years working in the whole region with FLAR and CIAT,” he added. “So, I can say that the events of last year were an unexpected but very fitting tribute to the hard work and commitment of many, many people.

“Hopefully, the exposure given to Uruguay’s rice sector will be useful for rice farmers around the world, for improving their own production.