With the right tools, ordinary people can be extraordinary agents of change. 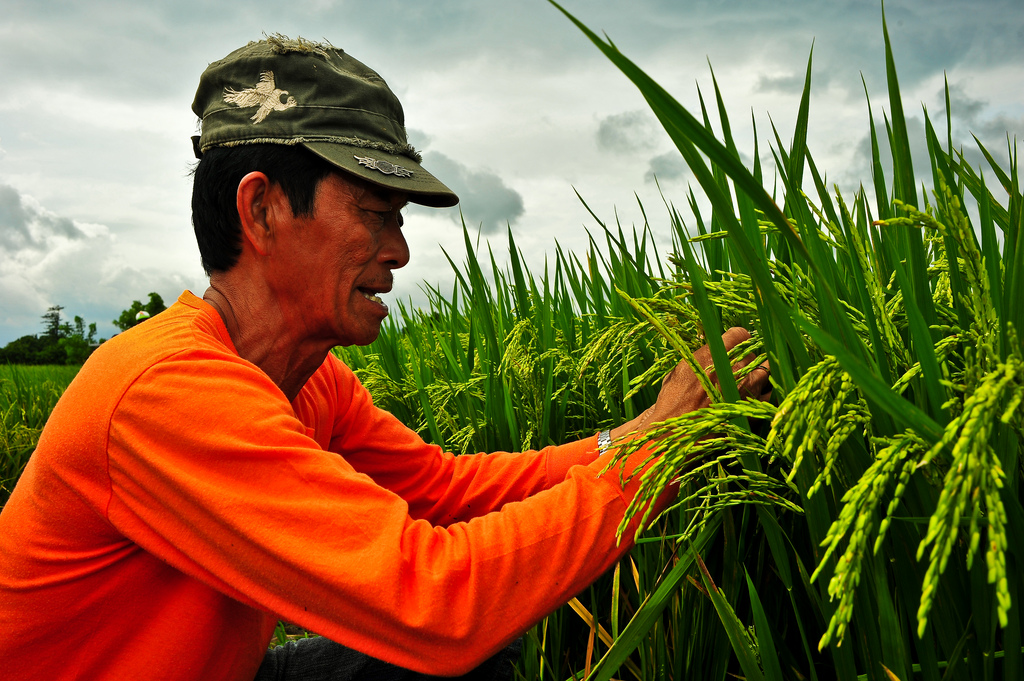 “When I tried Green Super Rice (GSR), the highest yield that I had was nine tons per hectare,” recalled Maria Lourdes Mateo-Mundoc, an agriculturist at the Southern Cagayan Research Center (SCRC) under the Department of Agriculture (DA) in the Philippines. “The lowest was seven tons per hectare”.

A combination of more than 500 promising rice varieties and hybrids, GSR can tolerate drought, flood, and other environmental stresses. In 2014, the National Rice Program started the adaptability trials of several GSR lines across the country. The GSR Commercialization Project was the first project Mrs. Mundoc became involved with shortly after joining SCRC.

“I was amazed at GSR varieties because Dr. Lito Bautista of the Food and Agriculture Organization (FAO), who was then a colleague in the project, told us some farmers were able to get as much as 15 tons per hectare,” she said. “He also showed me photos of areas in the Visayas region where the farmers reaped high harvests. So I decided to try it for myself,”

Seeing is believing
Her husband, a seed grower, was skeptical.

“He asked what I was growing,” Mrs. Mundoc said. “When he came to my family’s farm and saw the GSR he wanted to know if it was hybrid rice.” Hybrid rice typically produces double—sometimes even triple—the harvest of inbred rice. “I laughed and told him it was GSR.”

Now, his community of farmers also likes GSR. In just .025 hectare, Mrs. Mundoc’s husband was able to harvest about three tons of rice. Normally, he would have been able to harvest only around two tons.

“All the GSR lines also had good eating quality,” she noted. “Although most found GSR8 had the finest eating quality, I still prefer GSR1. Compared to GSR12, which is also quite aromatic, you can almost taste the aroma of GSR1.”

Proof of concept
Mrs. Mundoc continued the field trial of 12 GSR lines in her farming community while she was with the GSR commercialization project with SCRC.

“Besides irrigated areas, we tested them in the adverse environments around Cagayan, such as rainfed, submerged, and saline areas,” she shared. Cagayan, in Northern Luzon, is one of the country’s top rice-producing provinces.

“In addition to 213,000 hectares of irrigated areas, Cagayan also has 44,000 hectares of rainfed areas,” said Dr. Ernesto Guzman, the rice action officer at the DA in the region. “We started setting up the protocols for commercializing GSR in the 2014 dry season with Dr. Jauhar Ali, a rice breeder at the International Rice Research Institute.”

One of the sites in Cagayan where they conducted GSR testing was Aparri because it was perennially affected by salinity and farmers could usually only harvest around 0.8-2.8 tons per hectare. 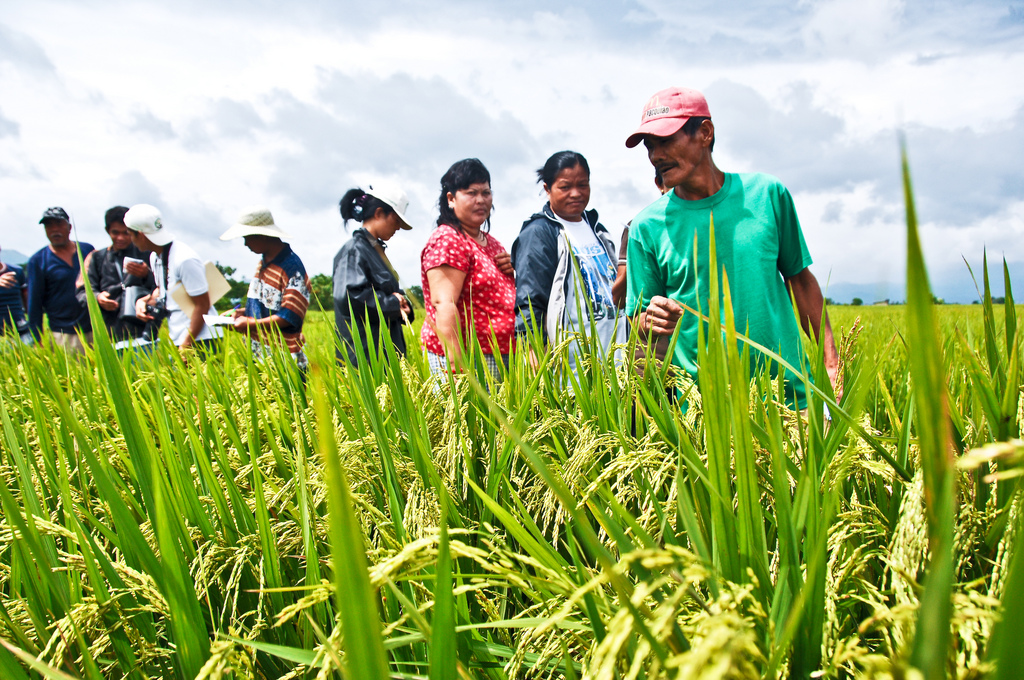 Farmers check the best variety of Green Super Rice during the GSR field tour visit at a farmers field in Victoria, Laguna. These cultivars can produce high and stable yields with less water, fertilizers, and pesticides. (Photo: IRRI)

Surviving salinity
Out of 8,000 hectares of land in Aparri, it is estimated that 40-50% of those areas are saline-intruded.

“I was able to harvest seven tons when I planted GSR on my farm,” said Esteban Saboya. His community, Brgy. Navagan, was one of several communities in Aparri where field trials of GSR were set up in 2015. Mr. Saboya attended a seminar and received seeds of GSR 5 and GSR 12. Before GSR, he had been growing other inbred varieties such as NSIC Rc160, which only gave him about four tons. (See Rice against the tide.)

“I liked GSR because it produced many tillers, which meant more panicles and grains,” he said. “GSR had 18-22 tillers whereas other inbred varieties only 7-8 tillers at most. The grains, up to the end of the panicles, are almost always filled. That’s why GSR looks a lot like hybrid rice.”

“We also like the eating quality of GSR,” said Nathaniel Centeno, another farmer from Brgy. Navagan. “It tastes just like NSIC Rc160 when cooked.”

Mr. Centeno shared seeds of GSR 8 with his relatives in Brgy. Bulala Sur, knowing seawater flows into the area through a river making it one of the most saline-affected places in Aparri.

“They were able to harvest enough so I knew that GSR was able to tolerate salinity quite well,” he said.

Unexpected mishap
In 2016, super typhoon Haima made its landfall in Southern Cagayan. Mrs. Mundoc’s farm wasn’t spared when the typhoon-ravaged Cagayan. (See Growing hope with Green Super Rice.) She was growing hybrid rice and GSR at the time.

“The typhoon struck when all my rice were nearly ready to be harvested,” she said. “All my hybrid rice fell over because of the strong wind.”

Because of the water, the grains that were nearly ready to be harvested were soaked, and some were infested with molds, some sprouted. So, she wasn’t able to sell the seeds commercially at a better price.

“GSR didn’t fall over because its tillers were sturdy,” Mrs. Mundoc said. “Although I only harvested about 15 tons from four hectares because the strong winds shattered most of the grains, I was able to sell the grains to the local agricultural agency. The agency distributed the seeds to farmers affected by Typhoon Haima. The GSR seeds fetched a much higher price than the hybrid rice because of the good quality.”