If you want to work with the people of Cambodia, then you need to work with rice because rice matters more to Cambodians than any other crop. 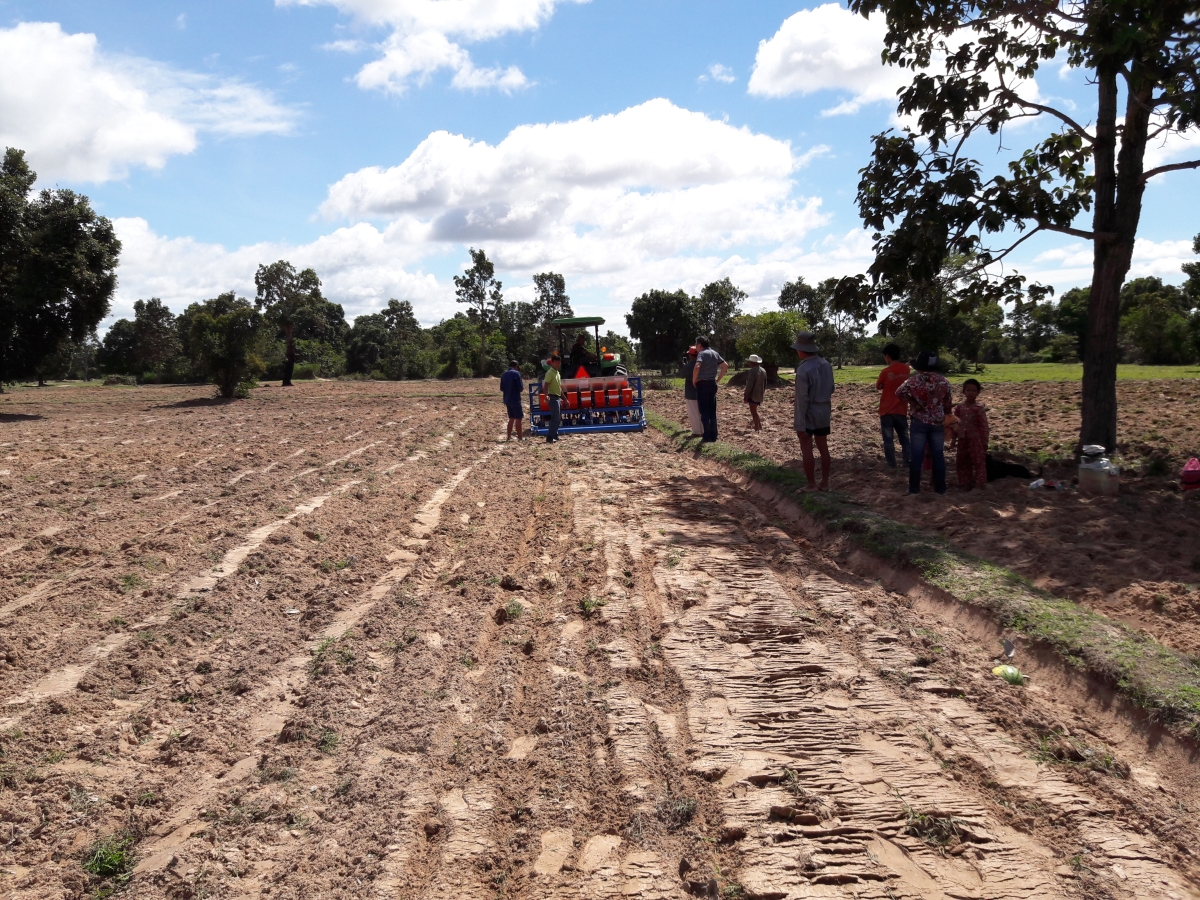 Why should a conservation organization care about rice? That’s what many people might have asked the Wildlife Conservation Society (WCS) before its Cambodia program embarked on the country’s first Sustainable Rice Platform (SRP) pilot.

This was the lesson from WCS and our local partner Sansom Mlup Prey’s Ibis Rice™ scheme. Ibis Rice™ rewards farmers in Cambodia’s remote forested north for protecting forests and threatened ibis species, Cambodia’s national bird. Ibis Rice™ has gone from being an NGO project to a successful boutique product. The SRP is not boutique. It is rice grown at scale in a sustainable way, but WCS’s experience with Ibis Rice™ was enough to make us interested in the SRP.

There has been considerable change in Cambodia’s rice sector over the past 20 years. Rice cultivation methods have changed. In the floodplains of the Mekong Delta and Tonle Sap, the most striking change has been the almost complete abandonment of deepwater rice cultivation and the rapid spread of irrigated dry-season rice. Irrigated dry-season rice is now grown extensively in the middle and inner floodplains. Large earth dams are constructed to trap the receding floodwater, from which irrigation channels bring water to surrounding fields. Chemical fertilizers and pesticides are increasingly used.

These changes have inevitably affected wildlife. WCS has been working with the Ministry of Environment for nearly 20 years to prevent the extinction of the Bengal florican, a critically endangered goose-sized grassland bird. The Bengal florican breeds on fallow and abandoned rice fields and grasslands and its population has declined by at least 50% over the past 10 years. There are now less than 500 left in Cambodia, mostly in Kampong Thom Province. Because of the interaction between the Bengal florican and rice farmers, WCS chose to do an SRP pilot in an area that the birds use for feeding when migrating.

The Phka Romdoul rice grown by the farmers at our pilot site was bought, milled, and exported by the Battambang Rice Investment Co., Ltd. to Mars Inc, a company that has shown global leadership in championing the SRP. During the first year of the pilot, only 40 farmers received seed of the correct variety and quality. But, in the second year, the number of farmers increased to nearly 330 cultivating a total of nearly 800 hectares. The farmers received agronomy support throughout, and those who took part in the first year of the pilot had their fields leveled prior to sowing in the second year. Although not an obvious management intervention for a conservation organization, leveling of fields means that farmers can control water level efficiently and consequently reduce the need for intensive use of herbicides.

We have developed a seed production group among the farmers to increase the sustainability of the project. Over the next few years, we hope to increase the number of SRP farmers that we are working with in Kampong Thom Province and help the farmers manage the field margins and cropping systems to create a safe haven for the Bengal florican.

A better question now might be: Why wouldn’t a conservation organization care about rice?