STRASA has ensured that the seed interventions are not isolated and random initiatives, but active catalysts that contribute to the livelihood of the women and their households in stress-prone areas. 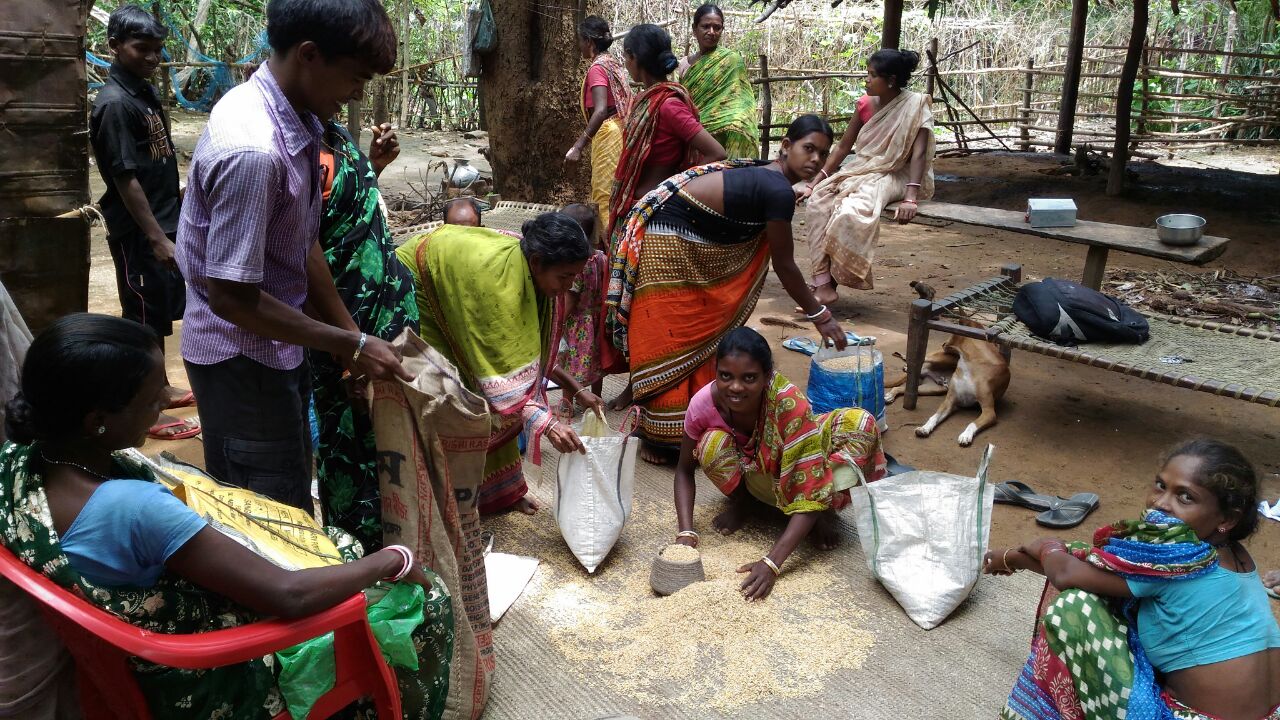 An underlying framework of involving women-led institutions has been proven as one of the most effective media of socioeconomic and political empowerment of women. (Photo by Swati Nayak)

The project Stress-Tolerant Rice for Africa and South Asia (STRASA) has rolled out initiatives to ensure farm productivity and food security and lessen climatic vulnerability in eastern India through women farmers. STRASA has established significant new strategic partnerships and convergence in the region. Its planning and convergence activity include giving women farmers access to stress-tolerant rice varieties (STRVs)—the most important input in the agriculture production chain.

These initiatives do not only target women inclusion. They also provide systemic development, capacity building, and livelihood enhancement with the vision of establishing women as recognized farmers, seed growers, disseminators, and agents of change within their own communities and beyond.

Eastern India is dubbed a critical zone because climatic aberrations and abiotic stresses, such as floods and droughts, repeatedly occur in the region. Women farmers are ranked high in vulnerability mapping. In this context, the mass introduction, use, and seed multiplication of STRVs through women’s groups can be a potential game changer in the socioeconomic and food production dynamics in the region.

An underlying framework of involving women-led institutions has been proven as one of the most effective media of socioeconomic and political empowerment of women. As an entry point for seed and technology-related interventions for women farmers, STRASA has identified, planned, and converged with many umbrella agencies involved in promoting grassroots and women self-help groups (SHGs), federations, producer groups, etc. Each of the agencies has the expertise for developing and institutionalizing millions of women farmers in the region.

STRASA has ensured that seed interventions made are not isolated and random initiatives, but rather active catalysts and can contribute to the overall livelihood of the women and their households in stress-prone areas. The project has achieved this goal by converging seed initiatives strategically with many successful integrated livelihood projects such as farm activity, nonfarm activity, nontimber forest products, forest livelihood, renewable solar energy initiative, efficient irrigation models, as well as cereals-, millet-, and pulses-based integrated farming.

The goal is to show tangible impact in women’s livelihood by giving women farmers access to knowledge, technology, information, inputs for several value chain processes, and relevant institutions. These strategic initiatives have created research opportunities for comparing, learning, and sharing different models of interventions along with various agencies.

Several convergence initiatives are noteworthy to mention. For example, STRASA’s partnership with the State Rural Livelihood Mission in Odisha aims to reach 200,000 women farmers through capacity building programs, and  STRV seed, and improved technologies. The partnership plans to build women seed groups and help develop members to be seed growers of STRVs and multipliers through systemic targeting and dissemination.

The project’s collaboration with NGOs such as the Professional Assistance for Development Action and Harsha Trust is an example of an effective partnership for gender development. These NGOs have been working for decades with the grassroots in creating several federations of thousands of women’s SHGs. Although these institutions have empowered women socioeconomically and politically, their programs emphasized less on resolving the fragile rice areas due to stresses such as droughts and floods. By working with STRASA, these institutions can now provide women farmers with the knowledge and access to rice varieties that are tolerant of abiotic stresses. As a result, women farmers have become resourceful and efficient rice producers. These SHGs and women farmers are now viewed as key players in seed dissemination and agents of change for the adoption of better seed and seed technologies in the region.

In 2015, STRASA successfully piloted activities that tap the entrepreneurial potential of women producers through the informal seed dissemination chain. This year, the pilot projects have expanded the network by collaborating with the Rajiv Gandhi Mahila Vikas Pariyojana (RGMVP). RGMVP have nurtured thousands of women SHGs, village organizations, and cluster-level federations. The partnership envisions to create several successful seedbanks, owned and managed by women institutions, and to invest in potential businesses and enhance women’s income. This is in addition to ensuring the quality of seeds they use and making the seeds available to other farmers.

Apart from all these major initiatives, STRASA will also initiate smaller pilot activities for newer women’s federations and groups in Bihar, Jharkhand, and in other districts in Odisha. The activities will develop women’s groups for a systemic inclusion and faster dissemination of technology.

Large-scale initiatives and smaller pilot projects can help recognize women as efficient farmers and farm decision-makers by making them key agents of change in the community. They can introduce STRV seeds, reduce some risks and vulnerability associated with food production, productivity, and livelihood.

The STRASA project began in 2007 with the International Rice Research Institute in collaboration with the Africa Rice Center to develop and deliver rice varieties tolerant of abiotic stresses to millions of farmers in unfavorable rice-growing environments.