Taken by R. Raman© from the Africa Rice Center, the photo is the first runner-up in A rice farmer’s life. 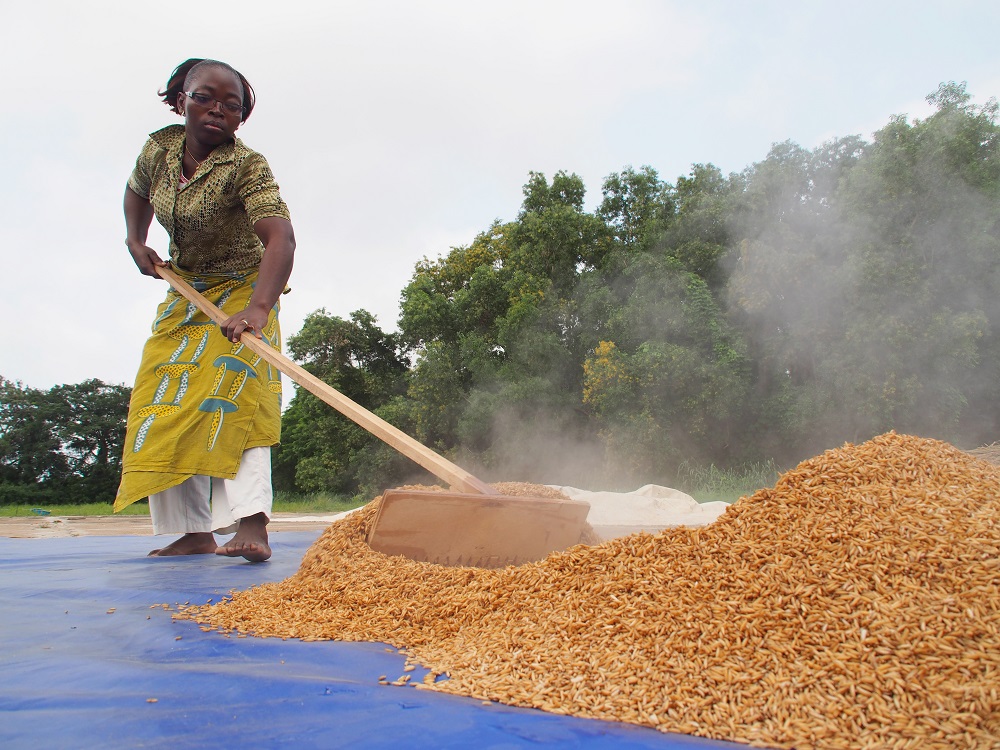 Parboiling, a task largely done by women in parts of Africa involves partially boiling rice in the husk and drying it well before it is milled. The photo is the first runner-up in A rice farmer’s life, a competition celebrating the 50th year of IR8. The “miracle rice” was developed by IRRI scientists in the early 1960s is believed to have saved many countries in Asia from famine.