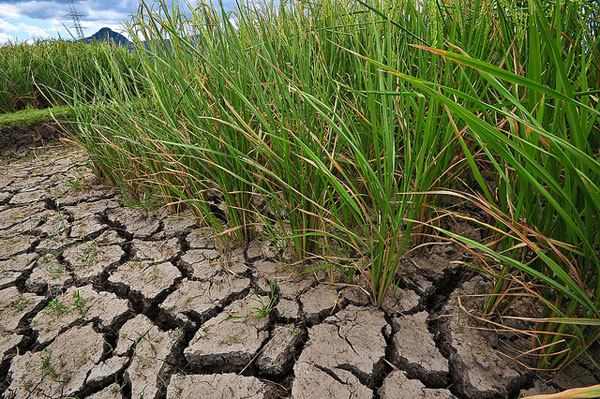 The International Rice Research Institute (IRRI) and its partners released at least twenty-eight new rice varieties to governments of eight countries in Asia and Africa in 2014.

These newly-released varieties possess high-yielding and stress-tolerance traits that can help farmers overcome challenges, such as the negative effects of climate change, in their rice growing ecosystems. Some of the varieties released are flood-tolerant (India), drought-tolerant for rainfed rice areas (Nepal), and salinity-tolerant (the Gambia and the Philippines).

IRRI has released more than a thousand modern rice varieties in 78 countries since its founding in 1960.

“The work never stops,” said Eero Nissila, IRRI’s head of breeding and leader of its global rice research partnership in varietal improvement. “New challenges arise due to climate change and decreasing resources, which is why we need to keep revisiting our agenda and stay responsive to the needs of our farmers and consumers.”

Critical improvements are being made to IRRI’s breeding infrastructure, which needs to be more responsive to the requirements of current and future rice demand. Responsiveness requires increasing rice genetic gain in yield and pursuing an agenda that’s driven by what consumers need and prefer. Taken together, these improvements are called Transforming Rice Breeding (TRB), funded by the Bill & Melinda Gates Foundation.

At Breeders’ Week, several updates were presented, which include development of profiles of rice preferred in selected countries in Southeast Asia and Africa; market research on types of rice consumers prefer; updates on the irrigated variety development pipeline that now benefits from an expedited breeding process; breeding hubs in Africa, South Asia, and Southeast Asia; grain quality and how it integrates into the development of high-yielding rice varieties with desirable traits; managing information through bioinformatics; genotyping services; partnerships within the hybrid rice development program; and exploration of rice’s diversity for breeding.