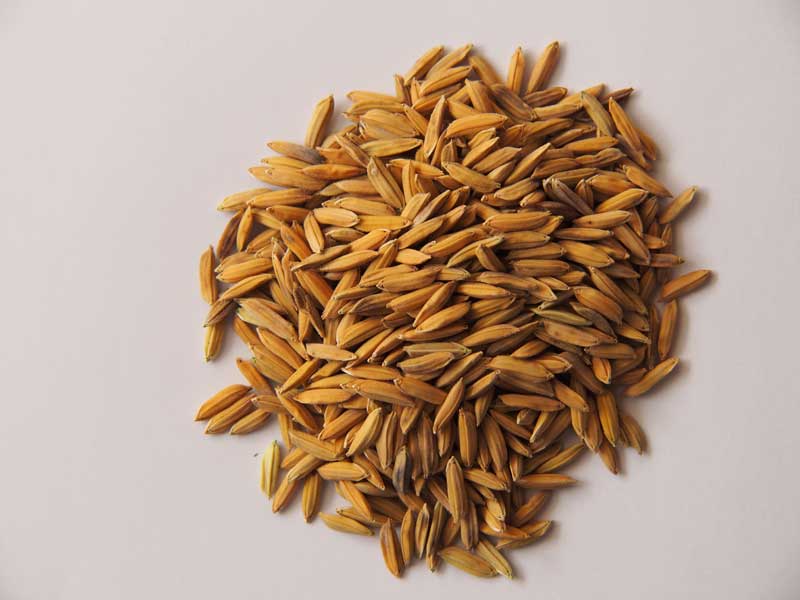 “The best adaptation to climate change is a breeding and seed system that rapidly develops, deploys, and then replaces varieties so that farmers will always have access to varieties adapted to their current conditions,” said Gary Atlin, senior program officer, Bill & Melinda Gates Foundation (BMGF), in his keynote address at the 3rd Africa Rice Congress held in October 2013 in Yaoundé, Cameroon.

This strategy is at the heart of the project Stress-Tolerant Rice for Africa and South Asia(STRASA), which is helping smallholder farmers who produce their crop under mainly rainfed conditions and are vulnerable to flooding, drought, extreme temperatures, and soil problems, such as high salt and iron toxicity, that reduce yields. Some of these stresses are forecast to become more frequent and intense with climate change.

Climate change is already having a negative impact on Africa through extreme temperatures, frequent flooding and droughts, and increased salinity according to Baboucarr Manneh, irrigated-rice breeder at Africa Rice Center (AfricaRice) and coordinator of the African component of the STRASA project.

These environmental stresses covered by the STRASA project have a significant impact on the productivity of rice farms and farmers’ income. Drought, for example, is a major problem in rice-growing areas of Africa that are predominantly rainfed. Rice yield losses attributed to iron toxicity range from 10 to 100%, with an estimated average of 50%. A survey conducted in three West African countries (Cote d’Ivoire, Ghana, and Guinea) by AfricaRice and national partners showed that more than 50% of the lowlands studied and about 60% of the cultivated rice plots were affected by iron toxicity.

“Until now, farmers didn’t have any solution to climate change except to keep using their traditional varieties,” said Peinda Cissé, a rice seed producer and founder-president of FEPRODES in Senegal (see Senegal’s mother of modern rice farming). She cited the Senegal River Delta as an example. Vast areas in the delta have been abandoned by rice farmers because of high soil salinity.

Mrs. Cissé also mentioned low night temperatures that often drop to 9°C during the harmattan (a dry, dusty wind on the West African coast occurring from December to February) season as another big constraint to rice production in the region.

A new generation of rice

“That is why we welcome the new rice varieties tolerant of salt, cold, and iron toxicity for Africa announced by the Africa Rice Breeding Task Force,” she said.

The stress-tolerant varieties are welcome additions to the ARICA (Advanced RICes for Africa) brand which was launched by AfricaRice in 2013 to offer farmers a new generation of high-performing rice varieties for Africa.

Unlike the NERICA varieties, the ARICAs are not restricted to interspecific crosses. Any line that shows promise, regardless of its origin, can become an ARICA variety as long as the data that are collected are convincing.

ARICA varieties are selected after being successfully tested in many different conditions, including participatory varietal selection involving farmers. Improved rice varieties that are approved for release by some countries are also considered. Five ARICA varieties— three for rainfed lowland and two for upland ecology—were selected in 2013.

In March 2014, the Rice Breeding Task Force nominated the second series of ARICA consisting of six varieties with improved tolerance of environmental stresses, one of which is noteworthy as it combines tolerance of iron toxicity and of cold temperatures:

These varieties were evaluated through the STRASA project, implemented by IRRI and AfricaRice in partnership with national programs in 18 countries and with support from BMGF.

“It’s wonderful to see that products of the first two phases of the STRASA project in Africa have now reached the stage to move into farmers’ fields,” said Dr. Atlin. “I am also impressed by the Africa Rice Breeding Task Force testing network set up in partnership with the national systems as it is a great conduit for moving improved materials into farmers’ fields.”

In addition to the ARICAs, the STRASA project has many other stress-tolerant or climate-smart rice varieties in the pipeline that will be delivered to farmers. The STRASA project uses conventional breeding combined with molecular breeding to develop these kinds of varieties.

More than 30 stress-tolerant rice varieties have already been released in nine African countries with support from the STRASA project, according to Dr. Manneh. However, as they were developed before the launching of the ARICA brand, they were not nominated as ARICAs.

Through the project, STRASA partners produced more than 15,000 tons of improved seed between 2008 and 2012 and distributed these to farmers. More than a thousand scientists, technicians, and farmers have been trained in improved rice cultivation techniques, seed production, new breeding methods, and seed enterprise management. “One of the key impact points for STRASA will be the quantity of seed produced and disseminated to farmers,” said Dr. Manneh. “As seed production continues to be a major bottleneck in Africa, the main thrust of our recent STRASA meeting was to help countries develop seed road maps.”

The project is linking up with various partners, including nongovernment organizations such as the Alliance for a Green Revolution in Africa and BRAC, as well as private seed producers such as FEPRODES and NAFASO, for the dissemination of improved seed in Africa. AfricaRice has developed an automated monitoring and evaluation tool to track the diffusion of new technologies.

Sometimes, various stresses, such as salinity, cold, submergence, and iron toxicity, can occur at the same time.

“That’s why the third phase of the STRASA project will focus on breeding for multiple stress tolerance,” Dr. Manneh explained. The rice varieties that are being developed will help overcome the hurdles imposed by the widespread environmental stresses that limit rice yields in Africa.

“To achieve this, we will strengthen our collaboration with development partners who have the capacity for rapid delivery of improved rice varieties to our farmers,” Dr. Manneh added.