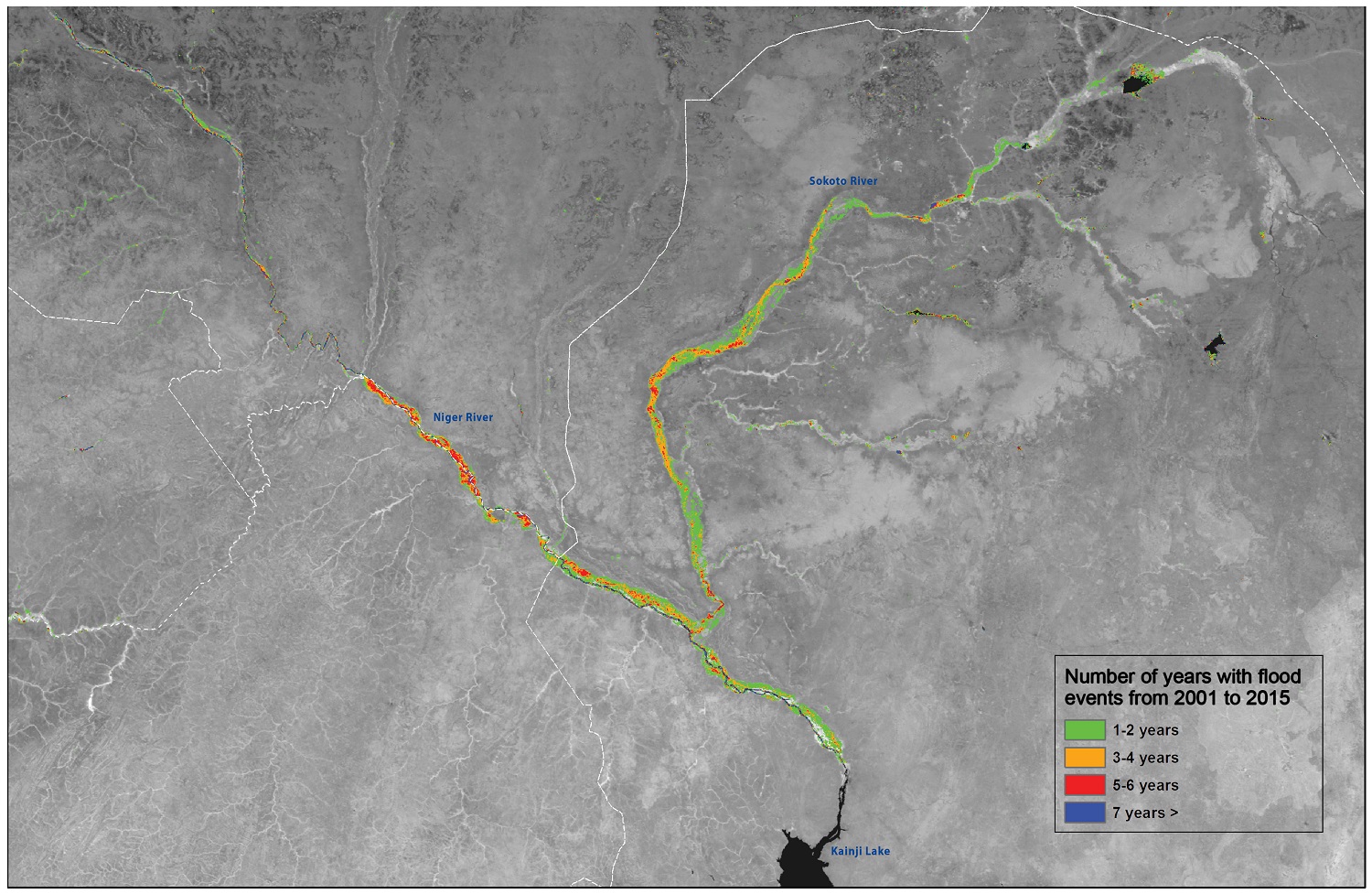 Rice, cultivated in the flood plains along the Niger River and its tributaries in Nigeria’s northern states, is regularly inundated by floods. In 2015, floods submerged and destroyed rice crops that annually produce about 11% of the nation’s consumption, equivalent to more than USD 200 million of imported rice. Such flood damage can be alleviated if farmers plant rice varieties carrying the SUB1 gene, which can survive total submergence for up to 2 weeks.

The Africa Rice Center breeders have already incorporated the SUB1 gene into WITA4 and NERICA L-19, two commonly grown rice varieties in Africa. To support the efficient and effective introduction of these new Sub1 varieties to the most frequently affected rice-farming communities, the hotspots in the flood plains were mapped. 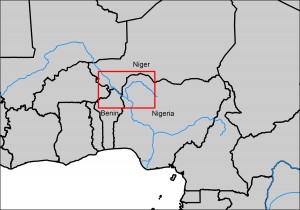 The methodology uses a time-series of the Normalized Difference Vegetation Index (NDVI) to detect the agricultural seasons while flooded conditions and duration are assessed using the Land Surface Water Index (LSWI). Flooding frequency was then determined using a 16-day composite of the NDVI and LSWI images taken from 2001 to 2015 by the MODIS satellite.

The generated flood-frequency maps of these major river basins in Nigeria will be used to introduce the WITA4 and NERICA L-19 varieties to selected rice-farming communities.

Dr. Zwart is a senior researcher and Mr. Hamady is a remote sensing research assistant in the Sustainable Productivity Enhancement Group at AfricaRice.