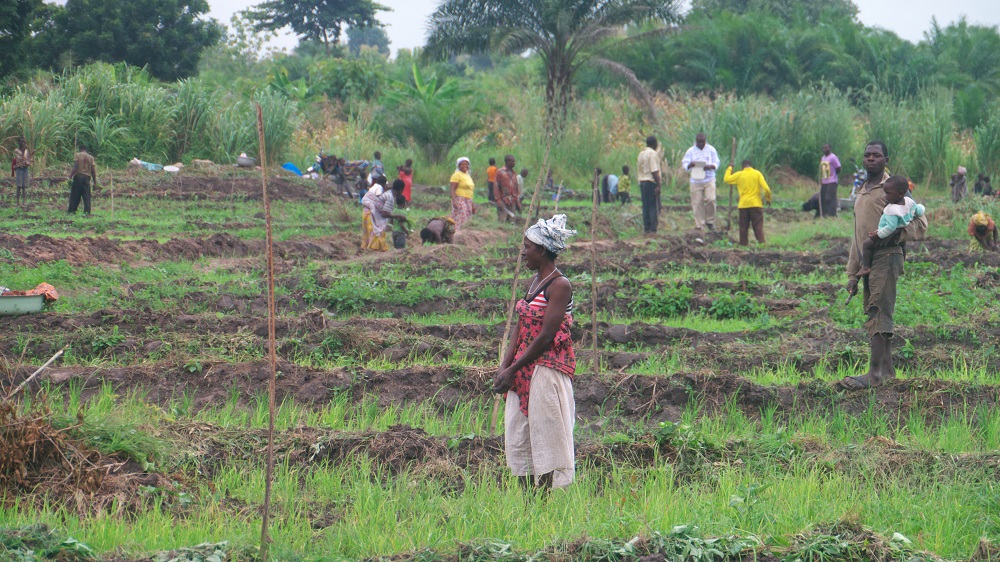 “The potential is there, but you can’t eat potential.” This is one of the most memorable statements of Nobel Peace Prize Laureate Norman Borlaug. His remark would perfectly fit the case of the inland-valley lowlands in Africa, which are known to have high agricultural production potential, but have remained largely untapped until now.

However, with rapid population growth and climate change, inland valleys are increasingly being considered as the continent’s future food basket since they are generally more fertile than uplands and have higher water availability. They are particularly important for realizing Africa’s rice promise.

The inland-valley challenge
The main challenge is how inland valleys can be efficiently and sustainably used to boost Africa’s rice production. The key is improved water control.

Over the years, many attempts have been made in West Africa but with little success as inland valleys are diverse and complex ecosystems and are generally difficult to manage. Some of the big inland-valley water management schemes in West Africa in the 1970s were either abandoned or underused because of their dependency on foreign expertise for heavy engineering infrastructure. There was also a lack of technical know-how of smallholder rice farmers in the region.

But most importantly, the failure is often due to the lack of participation of local communities in the selection, planning, design, implementation, and use of the inland-valley schemes. 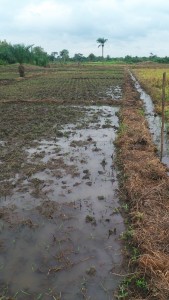 New hope with the sawah system
A new hope for increasing the area under rice cultivation in inland valleys arose with a relatively simple, low-cost, and participatory land preparation method from Asia called sawah. Sawah is a Malay- Indonesian word for leveled, bunded, and puddled rice fields with water inlets and outlets to control water and facilitate soil fertility management. Although relatively new to West Africa, sawah has been used for hundreds of years in Madagascar.

The sawah system was introduced and tested in 1997 in the Ashanti region in Ghana and the Bida region in Nigeria by Japanese scientists in collaboration with local research and development partners. The system helps improve land preparation and transplanting, reduce water runoff and loss of fertilizer, and maintain a water layer in the field to help control weeds.

In 2009, with strong technical and financial support from the Japanese Ministry of Agriculture, Forestry, and Fisheries (MAFF), the Africa Rice Center (AfricaRice) launched the Sawah, Market Access, and Rice Technologies for Inland Valleys (SMART-IV) project in Togo and Benin. The project is carried out in collaboration with national and nongovernment partners.

After the first two years of the project, farmers did not widely adopt the conventional sawah system because the targeted areas had a continuous natural water supply while there were few inland-valley sites in Benin and Togo with a continuous water supply. This limited the scope for achieving large‐scale adoption of the system.

The project scientists had to modify and adapt the system to local conditions of rainfed smallholder farmers.

The SMART alternative
The modified sawah approach was code-named Smart-valleys. It is also the name of the follow-up project to SMART-IV developed and validated in the project countries. It can be used by smallholder farmers in inland valleys that are fully rainfed or where additional water resources are available for irrigation.

The Smart-valleys approach is low‐cost, easy to replicate, and has a short implementation period. It is, in fact, a smart option instead of traditional interventions, which are usually expensive and time-consuming.

The philosophy of the Smart-valleys approach is that farmers know their lands better than anyone else, including the experts. Farmers are fully engaged throughout the development process, which creates a strong sense of ownership among them.

“Farmers are the key players in this system; otherwise, this system will not be sustainable,” remarked Worou Soklou, AfricaRice land development specialist. “Farmer organization is critical to the success of the Smart-valleys process. But the first condition is to ensure that there are no problems with land tenure.”

Sander Zwart, AfricaRice project coordinator, explained, “Although the site selection is based on climate and geomorphological data and using GIS and remote-sensing tools, it is the farmers themselves who provide the researchers with the information regarding the inland valleys’ soil and the behavior of crops in the field.

“But most importantly, the farmers provide information that enables scientists to determine the drainage axis of the inland valley and site the main canals and bunds appropriately according to the topology,” he added.

According to AfricaRice Deputy Director General Marco Wopereis, the main advantage of the approach is higher yield and lower risk—thus stimulating farmers to start using inputs such as mineral fertilizers, thereby raising rice production in these systems to a totally new level. 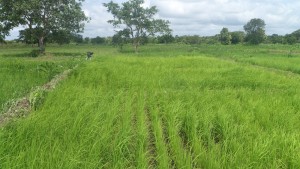 High degree of success
The Smart-valleys approach has proven to be quite successful despite initial setbacks. The hard work of the project participants, particularly farmers, paid off when they found that average rice yields had more than doubled from 1.5–2 to 3.5–4.5 tons per hectare at the end of the first phase of the project.

“Since we have been cultivating rice, we have never harvested such a vast quantity,” said Aboko Daniel, a rice farmer in Zoungo, Benin. So impressed are the farmers with the rise in income, thanks to the Smart-valleys approach, that some of them are expanding their site without any external help. Impact studies indicate the potential adoption rate is 67%.

The project provided inputs to the national strategy for inland valley development in Benin that is being prepared by the Ministry of Agriculture, Livestock, and Fisheries.

AfricaRice and its partners have identified Smart-valleys as one of the key technologies that will be scaled up in the rice sector development hubs that focus on lowland rice. A training video was produced and a guide for field technicians is being prepared. Once farmers are familiar with the technique, they are then introduced to power tillers to speed up land development.

According to Dr. Soklou, the lesson to be learned from this approach is that, even with limited means, it is possible to bring in significant change in rural areas of African countries.