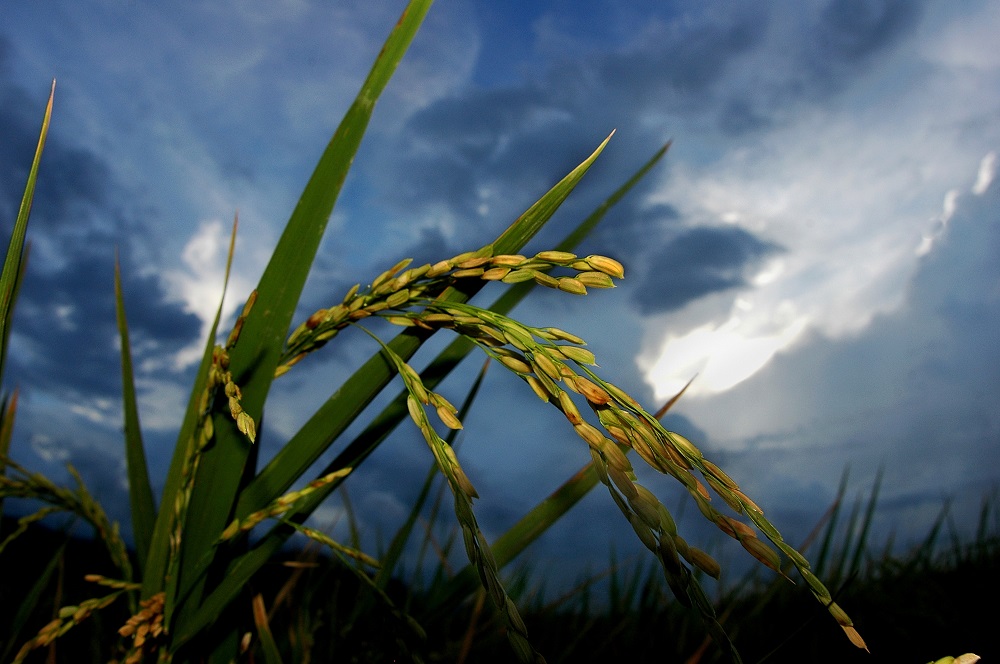 The promise of a bountiful harvest beckons as these rice plants show. Rice is eaten by half of the worlds population-3 billion people approximately. (Photo: IRRI)

Will converting seasonal crops, like rice, into perennial crops that produce yields for many years without replanting annually be the way to create climate change-proof agriculture?

Some scientists think so.

In China, crop scientists at Yunnan Agricultural University are developing traditionally seasonal crops that continue to grow after harvesting and deliver several yields, according to the Indian daily, The Economic Times.  The team crossed Oryza sativa, a short-lived Asian rice, with O. longistaminata, a wild African perennial to developed PR23. The variety can grow for at least five years and can be harvested twice a year with yields comparable to seasonal rice, according to the report.

PR23 was tested more than 600 hectares in Yunnan as well as in Laos in 2015. If Yunnan’s government approves the new rice for widespread release to farmers, it will be among the world’s first perennial grains to be grown beyond experimental fields, according to the Yale Environment 360. The adoption of perennial grain crops comes with advantages over annual crops. The new varieties have deep root systems that could reduce soil erosion, better withstand temperature extremes, and cope with decreasing water supply. Perennial rice would also require less labor which is growing scarcer and more expensive. Additionally, it could provide a steady supply of fodder and fuel.