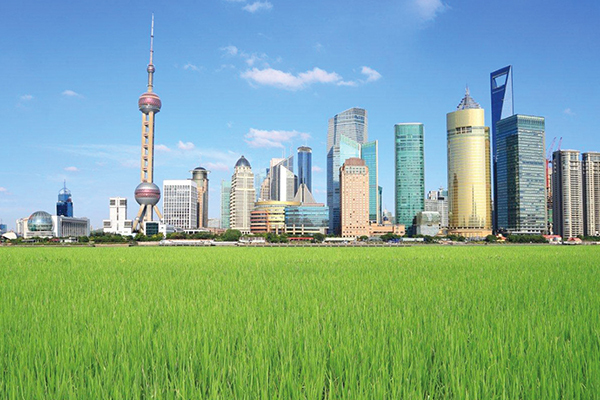 During the past few decades, Asia has experienced a period of rapid economic growth that benefited many farmers and consumers. In fact, the decline in poverty has been historically unprecedented in human history. The resulting changes in demographics, eating patterns, and overall economic and agrarian structures will increasingly shape the Asian rice sector.

In light of these changes, the World Bank, the Food and Agriculture Organization (FAO), and the International Rice Research Institute (IRRI) joined together to work with other researchers and institutions in East and Southeast Asia to review a range of existing research that analyzes policies that affect the region’s rice sector. The researchers then synthesized the results into short policy notes that are easier to digest by government policymakers, donor organizations, NGOs, and other interested stakeholders.

A range of key issues needs to be examined. For example, rice consumption is growing less rapidly than the consumption of other foods such as fruits, vegetables, meat, and fish. Asian production systems will need to evolve to meet this demand. Policies that encourage farmers to remain dedicated to rice farming— including land-use restrictions, input subsidies, irrigation system design, and international trade policies—are becoming obsolete and may make Asia depend heavily on imports for a range of higher-value foods. The policies also impede better nutrition, as healthy diets rely on people eating a wide variety of foods.

Rice price stability is still important for many Asian countries. Yet, with the declining share of rice in household spending, even among the poor, the benefits of price stabilization are less than they were in the past. Thus, it will help much if we can design more cost-effective mechanisms to make rice prices stable and protect the poor from rice price shocks. Targeted social safety nets may be an option to help the hard-core poor, including those who don’t grow rice, cope with volatile food prices.

Environmental concerns are becoming more important, both in the eyes of consumers and in the context of greater competition for available land and water. Yet, some traditional policy instruments (e.g., fertilizer subsidies, water subsidies, and a lack of pesticide taxes) make it difficult to reduce the environmental footprint of rice and meet consumer expectations in this regard.

Pressure is increasing to support farm income with higher prices. A case in point is the paddy pledging policy in Thailand. This policy was very costly, however, and was ultimately unsuccessful in raising prices for farmers. Investments in public goods (e.g., agricultural research, rural access roads) tend to have more sustainable and broadly distributed results than paddy or input subsidies. For many rice farmers now, a better path to higher income may come from diversifying crops and earning money from non-farm activities.

In today’s global economy, increased knowledge is becoming critical for competitiveness and poverty reduction. Extension systems, both public and private, need to evolve in order to equip farmers with the knowledge they need. Governments need to intervene in more innovative ways that mobilize the private sector, especially, but not only, in the area of postproduction. Information and communication technology can be used more to meet farmer demand for knowledge and information.

Although rice research in the past has primarily benefited farmers with irrigated or well-watered land, new technological developments are already transforming the lives of farmers who live in areas with poor-quality land that are prone to floods and drought. Future breakthroughs to deal with climate change and help eradicate poverty will materialize only if agricultural research and development receives continued support from donors.

Trade in rice is important in Asia, both as a commercial activity and in balancing domestic supply and demand. For net importers, efforts to achieve self-sufficiency through trade restrictions can have high costs, in terms of harming consumers and overall agricultural sector growth. Supplementing the region’s traditional rice exporters are several emergent players with significant ambitions. Meeting these ambitions will require very significant investments, by both the public and the private sector, and a consistent set of supportive policies.

Dr. Dawe is a senior economist at FAO. Dr. Jaffee is a lead rural development specialist at the World Bank. Dr. Santos is an economist at FAO. They have put together a compendium of 18 policy notes titled Rice in the Shadow of Skyscrapers: Policy Choices in a Dynamic East and Southeast Asian Setting.