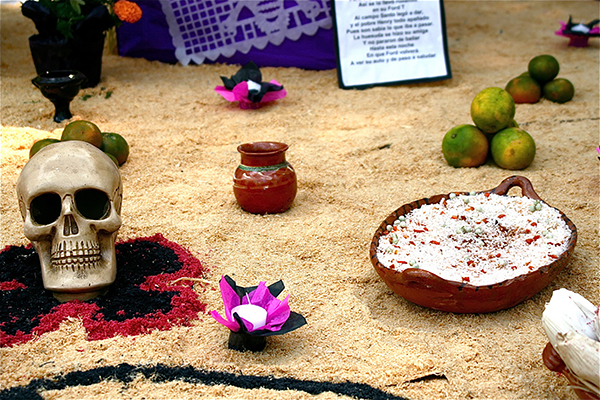 Anyone worried about the impacts of trade liberalization on developing-country rice sectors should take a close look at Mexico’s experience and learn from a recent campaign—led by the Mexican Rice Council and its partners—to revive national production. That may sound like odd advice. After all, Mexico is not widely perceived as being strong on rice—a distinction that in Latin America goes instead to Brazil, Colombia, Peru, and others.

Maize gods, move over!
On the contrary, this is the country where, thousands of years ago, farmers domesticated maize, which was central to Mexico’s pre-Columbian cultures and continues to be a mainstay of the national diet. More than half a century ago, Mexico also provided Nobel Peace Prize winner Norman Borlaug with an ideal setting in which to breed modern wheat varieties, which formed the genetic foundations of a global Green Revolution. Both crops are now the focus of a major initiative—called MasAgro—aimed at strengthening Mexico’s food security, in which the International Maize and Wheat Improvement Center (CIMMYT) is working closely with the country’s Secretariat of Agriculture, Livestock, Rural Development, Fisheries, and Food (SAGARPA).

Yet, within this country’s original but eclectic culinary traditions, rice has also found a place of distinction. This began when rice was introduced from Spain during colonial times and came to fruition in the country’s post-revolutionary period. As Mexican society quickly urbanized and incomes rose after the 1940s, more and more consumers turned to rice, because it offered convenience, while also contributing to a diverse and nutritious diet.

The simple dish of Mexican-style rice—prepared with a tomato sauce and generally served separately as sopa seca (dry soup)—thus became a standard feature of the national cuisine. Particularly in rural areas, it is hard to imagine a wedding or other family gathering without big clay pans of Mexican-style rice. The grain is used in more elaborate dishes as well, mixed with seafood and other local ingredients. It even takes the form of orchata, a refreshing drink made from boiled rice water with cinnamon, and a popular dessert consisting of arroz con leche (rice with milk). 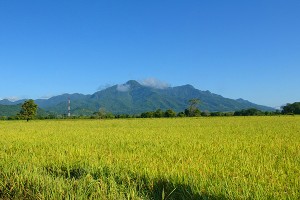 A FIELD of Milagro Filipino (IR8) in Nayarit State (star on map).

The country’s varied agro-ecosystems provide diverse, low-lying niches for irrigated and rainfed rice, giving farmers a welcome alternative for rotation with sugarcane and other crops. Today, rice cultivation is scattered across a dozen states, with four of them—Nayarit, Campeche, Veracruz, and Michoacán— accounting for about two-thirds of national production.

The worldwide Green Revolution in rice greatly boosted the production of the crop in Mexico, starting in the 1960s. Impressed with the high yields of IR8—the world’s first modern semidwarf rice—growers quickly embraced the new variety, which had resulted from the work of Peter Jennings and others at the International Rice Research Institute (IRRI). Known in Mexico as Milagro Filipino or “Philippine Miracle,” it is still the country’s most widely grown rice variety.

So, just as a Mexican political party institutionalized the country’s post-revolutionary socioeconomic program, farmers moved to institutionalize the Green Revolution in rice by making IR8 an enduring feature of the nation’s diet and agricultural landscape.

Down but not out
Mexico’s rice revolution lost ground, however, when the government began implementing trade in Nayarit State, liberalization policies in the 1980s. By 2013, domestic production had steadily declined to just 200,000 tons, while imports had expanded to 800,000 tons.

Even as the country was flooded with cheap long-grain rice, Mexican growers clung to Milagro Filipino. The reason is that its medium-sized grain and special cooking properties had earned the loyalty of many consumers in central and western Mexico, securing a premium-price niche for this variety in the market.

The country’s rice sector faced especially trying times in the wake of the global food price crisis of 2007-08, explained Ricardo Mendoza, CEO of the Mexican Rice Council, which receives support from both the rice processing industry and producers. The government reacted by eliminating rice import duties to avoid shortages. Several Asian countries—Pakistan, Thailand, and Vietnam—seized the opportunity by boosting rice exports to Mexico. This puts even greater pressure on Mexican growers and also revealed how excessive dependence on rice imports was undermining national food security.

A comeback in the making
Mexico’s rice sector has confronted this situation through a two-pronged strategy focused on (1) creating a fair playing field for the country’s rice producers and (2) making the home team more competitive. The strategy’s modest aim is to restore a prudent balance between domestic production and rice imports.

To this end, the Mexican Rice Council—together with the National Rice Production Committee and the National Council of Mexican Rice Producers—has made a strong case to the government for restoring a 20% duty on imported rice from countries with which Mexico does not have trade agreements. This will prevent dumping of cheap rice in the Mexican market. The measure is strongly supported by SAGARPA and is widely expected to be finally approved by the Economics Secretariat within the coming months, according to Mr. Mendoza.

He also believes that Mexico can be more competitive in rice production, especially if growers take up more productive long-grained varieties on a large scale. To this end, the country has introduced experimental rice lines from the International Center for Tropical Agriculture (CIAT) and the CIAT- supported Latin American Fund for Irrigated Rice (FLAR). Several new varieties developed from these lines by researchers at the National Institute of Agricultural, Livestock, and Fisheries Research (INIFAP) have been released recently.

The country’s rice organizations have also obtained extensive training from FLAR scientists in improved management practices (including the use of water harvesting), which will narrow the gaps between the high genetic potential of the new varieties and their actual performance in farmers’ fields. This is critical for giving Mexican rice growers a competitive edge in high-potential production areas.