A new, faster, and more accurate way of identifying infectious organisms—down to their genetic fingerprint—could finally put farmers a step ahead of bacterial blight. 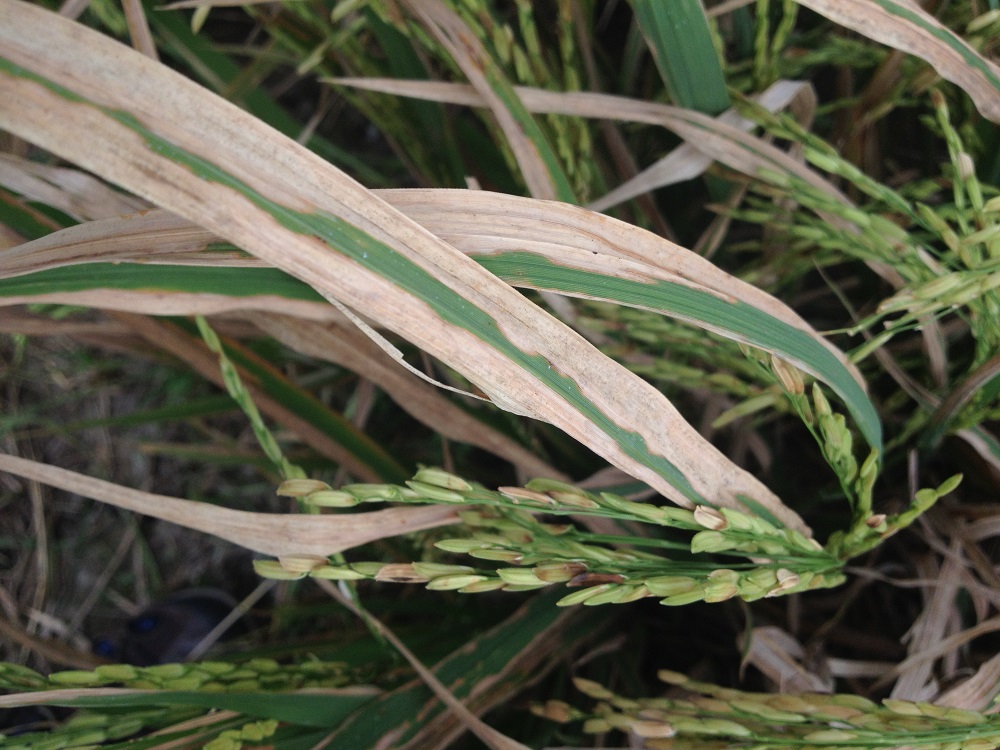 A revolutionary tool called the PathoTracer has been developed at the International Rice Research Institute (IRRI) and it can identify the exact strain of the bacterium that causes bacterial blight present in a field in a matter of days instead of several months of laboratory work.

“It’s like a paternity test that uses DNA profiling,” said Ricardo Oliva, a plant pathologist at IRRI. “It will not only tell you that you have bacterial blight in your plant. It will tell you the particular strain of the pathogen so that we can recommend varieties resistant to it.”

For more than four years, Dr. Oliva and his team worked on deciphering the genetic code of Xanthomonas oryzae pv. oryzae, the pathogen that causes bacterial blight, to develop the test. Bacterial blight is one of the most serious diseases of rice. The earlier the disease occurs, the higher the yield loss—which could be as much as 70% in vulnerable varieties.

“Bacterial blight is a persistent disease in rice fields,” said Dr. Oliva. “The epidemic builds up every season when susceptible varieties are planted. The problem is that the bacterial strains vary from one place to another and farmers don’t know which are the resistant varieties for that region. We were always behind because the pathogens always moved and evolved faster.”

Identifying the strains of bacterial blight present in the field requires a lot of labor and time. You need people to collect as many samples as they can over large areas to accurately monitor the pathogen population. In addition, isolating the pathogens in the lab is laborious and it typically takes several months or even a year to determine the prevalent strains in a region.

The PathoTracer can identify the local bacteria in the field using small leaf discs as samples. The samples will be sent to a certified laboratory to perform the genetic test and the results will be analyzed by IRRI. 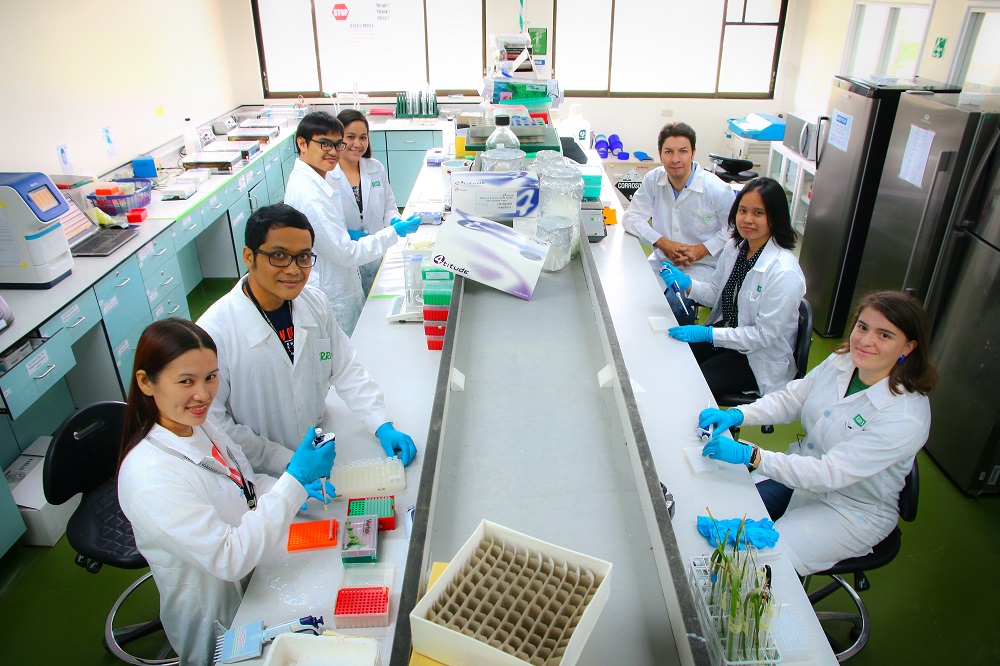 “It takes only a few days to analyze the samples,” Dr. Oliva explained. “With the PathoTracer, we can bring a year’s work down to probably two weeks. Because the tool can rapidly and efficiently monitor the pathogen present in each season, the information can be available before the cropping season ends.”

It’s like knowing the future, and predicting what would happen the next season can empower the farmers, according to Dr. Oliva.

“Recognizing the specific local bacteria present in the current season can help us plan for the next,” he added. “We can come up with a list of recommended rice varieties that are resistant to the prevalent pathogen strains in the locality. By planting the recommended varieties, farmers can reduce the risk of an epidemic in the next season and increase their profits.”

The PathoTracer was pilot tested in Mindanao in the southern part of the Philippines in April 2017. The rains came early in the region, just after the peak of the dry season, and that triggered an outbreak of bacterial blight.

“We went there and took samples from different fields,” Dr. Oliva said. “By the end of April, we had the results and we were able to come up with a list of resistant varieties that could stop the pathogen. We submitted our recommendation to give farmers a choice in reducing the risk. If the farmers planted the same rice varieties in the succeeding rainy seasons, I am 100% sure the results would be very bad.”

The PathoTracer can run thousands of samples and can, therefore, easily cover large areas, making it an essential tool for extension workers of agriculture departments and private-sector rice producers, or it can be incorporated into monitoring platforms such as the Philippine Rice Information System (PRiSM) or Pest and Disease Risk Identification and Management (PRIME) to support national or regional crop health decision-making.

“National breeding programs could also make more informed decisions,” Dr. Oliva said. “If you know the pathogen population in the entire Philippines, for example, the country’s breeding program could target those strains.”

IRRI is interested in expanding the genetic testing tool to include rice blast and, further down the road, all bacteria, viruses, and fungi that infect rice. 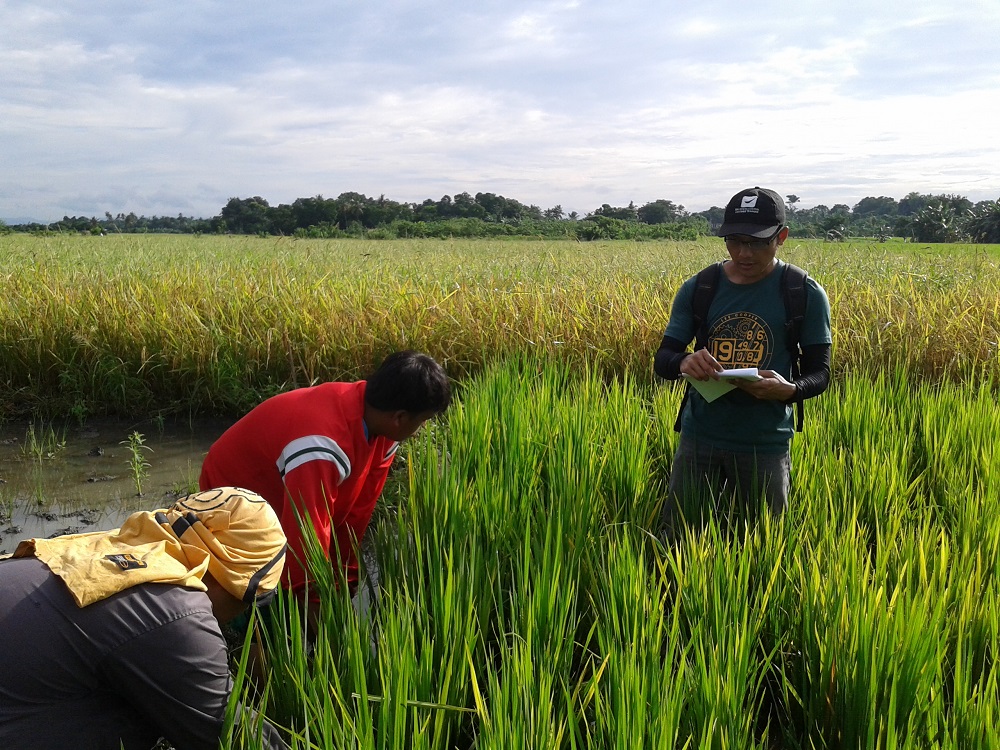 The speed at which PathoTracer can identify the strains of bacterial blight present in the field can be used for recommending resistant rice varieties to farmers for planting in the next cropping season. (Photo: IRRI)

The PathoTracer has been tested in other Asian countries and IRRI expects to roll it out early in 2018. When it becomes available, the expected potential impact of the PathoTracer on a devastating disease that affects rice fields worldwide would be huge.