In recent years, the demand for pigmented rice varieties has enjoyed a resurgence in popularity among consumers. However, its seed supply chain remains weak and the rice value chain must evolve to meet the current nutritional demand. 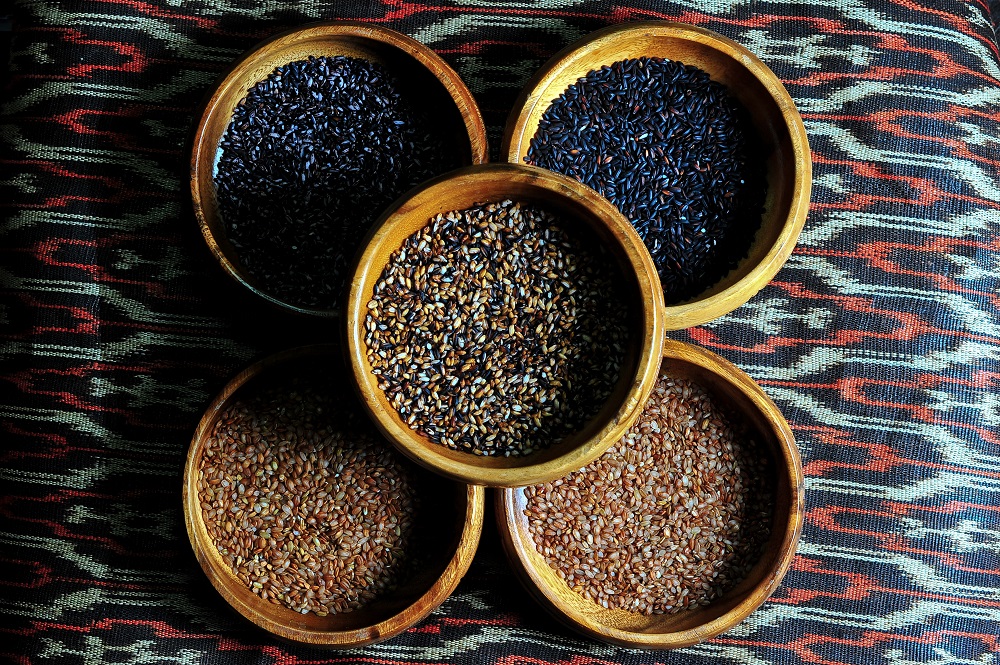 Pigmented heirloom rice varieties from the Cordillera Region in the Philippines. (Photo by Isagani Serrano, IRRI)

.
Traditional varieties of pigmented grain serve as an important genetic reservoir for rice improvement. However, these are rapidly being lost as more farmers shift to planting modern rice varieties that are more productive. This genetic erosion has other consequences as well. Most heirloom rice varieties play an important role in many cultures and tied to traditional cultivation methods that have been practiced for thousands of years. Thus, the disappearance of heirloom grains also spells the end of the cultures and indigenous farming systems that revolve around them.

A colorful revival
In recent years, the demand for pigmented rice varieties has enjoyed a resurgence in popularity among consumers. Many rice-growing countries in Asia have also started to recognize the value of these varieties and have taken significant steps to conserve them.

India, a leading producer and exporter of modern rice grains, introduced the Protection of Plant Varieties and Farmers’ Rights Act, 2001 and the Geographical Indications of Goods (Registration and Protection) Act 1999. The former provides for the registration of traditional crop varieties as farmers’ varieties as well as sharing of benefits from new commercial varieties developed using genetic materials from traditional varieties. The latter calls for geographical indication (GI) labeling to denote the origin and the quality of products, a scheme that can help promote sustainable rural development, increase the income of smallholder farmers, and widen their export opportunities.

Several studies have shown that the elevated anti-oxidation activity exhibited by pigmented rice grains (most markedly by black rice) can be used to mitigate the inflammatory response. (Photo: IRRI)

The review also cited studies that enumerated many nutritionally beneficial compounds that are higher in pigmented rice grains than in white rice. These include phytosterols, carotenoids, vitamins, and micronutrients such as zinc, magnesium, iron, copper, potassium, manganese, and calcium.

Adding color to modern rice breeding
Despite the booming pigmented rice market, its seed supply chain remains weak. The rice value chain must evolve to meet the current nutritional demand, according to the study.

The systematic nutritional characterization of the 130,657 rice accessions, which include pigmented varieties, stored in gene banks at the International Rice Research Institute and Africa Rice Center as well as in other national ex situ collections, will create new avenues for nutritional diversification for developing target countries.

These also serve as a source of genetic variation for the improvement of pigmented rice. Modern breeding techniques such as genome sequencing and marker-assisted-selection could speed up the process of identifying the genes influencing flavonoid metabolism and grain pigmentation. Genes associated with the nutritionally beneficial compounds found in pigmented rice can eventually accelerate efforts to breed high-yielding pigmented rice varieties.