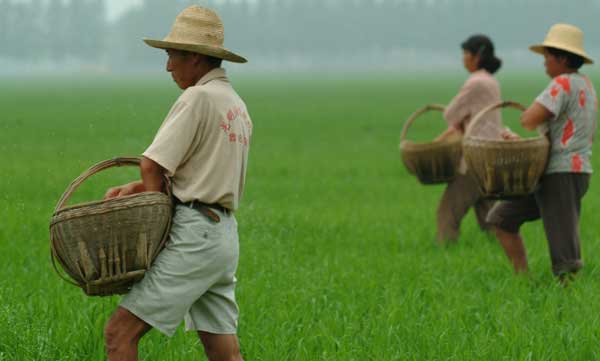 For the past four decades, the global rice market has been dominated by a few exporters, namely, Thailand, Vietnam, the United States, and Pakistan, accounting for 60–70% of the total exports. During this period, Thailand has remained the top rice exporter in the world. Unlike the export side, the import side looks quite fragmented, with many countries each importing a small amount of rice. The top six importers account for only 20−30% of the market share.

New roles for China and India

Through the years, both China and India, the top two rice producers and consumers in the world, have played a minor role globally with occasional exports and imports. Despite India’s rise as an exporter since the mid-1990s, both these countries, which account for half of global rice production, have largely focused on domestic food security. Trade is an afterthought for these two giants and it is mostly used to manage occasional surpluses and deficits.

But, with India’s meteoric rise to the top of the export chart and China’s unexpected rise to near the top of the import chart in 2012 (Fig. 1), this might be a thing of the past. In 2012, India displaced Thailand from the top spot by exporting 10.4 million tons of rice vis-à-vis 6.9 million tons for Thailand. India’s removal of its export ban on the nonbasmati market in late 2011 after a gap of 4 years, burgeoning domestic stocks, and a weak rupee definitely increased India’s export prospects in 2012. But, Thailand’s mortgage scheme should get most of the credit for India’s rise to the top by making India’s broken and parboiled rice fly off the shelves like hotcakes.

Like India, nobody expected China to come close to displacing Nigeria as the top importer in 2012, with 2.9 million tons of imports compared with 3.4 million tons by Nigeria. A majority of these imports have come from Vietnam and Pakistan. Apart from rice, China also imported large amounts of wheat and corn (maize) in 2012. Altogether, Chinese grain (wheat, rice, and corn) imports increased from 2.5 million tons in 2011 to 11 million tons in 2012 (Fig. 2). Tight corn supplies and greater demand for wheat from the feed sector increased their imports. But, it is still intriguing to many why China is importing so much rice because domestic production has no apparent shortfall in the past few years, and the carryover stocks (according to FAO and USDA) suggest that these stocks have been steadily rising since 2007. A plausible explanation, shared by many, could be that the large price spread between domestic and international rice prices is making it attractive for Chinese traders to import cheap foreign rice. Another reason could be that Chinese consumers are increasingly diversifying their food consumption, thus creating demand for different types of rice such as sticky rice from Vietnam, Jasmine rice from Thailand, and long-grain rice from Pakistan.

This raises another important question: Will China go back to its traditional insignificant role in the global rice market (low imports and exports) and India go back to its familiar territory of mainly exporting basmati rice and will self-sufficiency remain their primary motto? Or will they continue with the recent trend and evolve as dominant players in the global rice market in the coming years?

Both India and China have maintained their respective positions as dominant exporters and importers in the global rice market in the first quarter of 2013. From January to March 2013, China imported 692,200 tons of rice (according to oryza.com) whereas India exported nearly 2 million tons of rice (data compiled from different sources). If this trend continues, they are likely to grab the top importer and exporter spots respectively by the end of 2013.

Some indications suggest that China and India are here to stay for the “long haul.” In India’s case, the government wants to move nonbasmati rice area from the northwestern states of Punjab and Haryana, which are plagued by water shortages and pest and disease problems, to eastern India. Several programs such as the National Food Security Mission, National Rural Livelihood Mission, and Bringing Green Revolution to Eastern India have been rolled out by the government to expand rice production in the eastern states, and the impact is already evident from the rapid rise in production in the last few years.

The Chinese government is also trying to expand rice production to keep up with the demand, but the rapidly rising costs of production and pressure on rice area from other competing crops are likely to keep imported rice a lot cheaper than producing rice domestically. Unless the Chinese government is strongly determined to achieve rice self-sufficiency through trade measures, it is reasonable to assume that Chinese imports will continue in the near term to mid-term.

On the positive side, the greater participation of China and India in the rice market is likely to increase the volume of trade, thus making the market more stable. Ideally, the global rice market should account for 15−20% of total production compared with 6−8% now. On the other hand, both countries will bring greater uncertainty to the market as their politicians will continue to fiddle with domestic and trade policies to support farmers and achieve greater domestic price stability, and in the process bring volatility to the international market. India’s export ban in 2007 on nonbasmati rice and its repercussions on the global market is a good example of how these countries can adversely influence the market. Similarly, Thailand has held the global market hostage through its rice pledging scheme, for which nobody knows how and when the mortgage stocks will rock the market.

In addition, the disparity in the estimates of Chinese supply and use data by two major sources (USDA and FAO) is likely to create problems in the functioning of the market if China remains in the global rice market as a dominant player for the long haul. For example, FAO projects Chinese rice stocks to be more than 50% greater than those of USDA in 2012-13 (94.2 million tons vs 46.2 million tons). In the past 3 years, the FAO estimates indicate more than a 20-million-ton rise in Chinese stocks compared with only 6 million tons in the case of USDA. The difference in domestic consumption between USDA and FAO estimates for China is more than 10 million tons.

All these disparities in supply and use data did not really matter as long as China was mostly self-sufficient and didn’t trade much. But, accuracy and timely availability of this information will be essential for proper functioning of the market once China becomes a dominant player in the global rice market.

Dr. Mohanty is the head of the Social Sciences Division at the International Rice Research Institute.