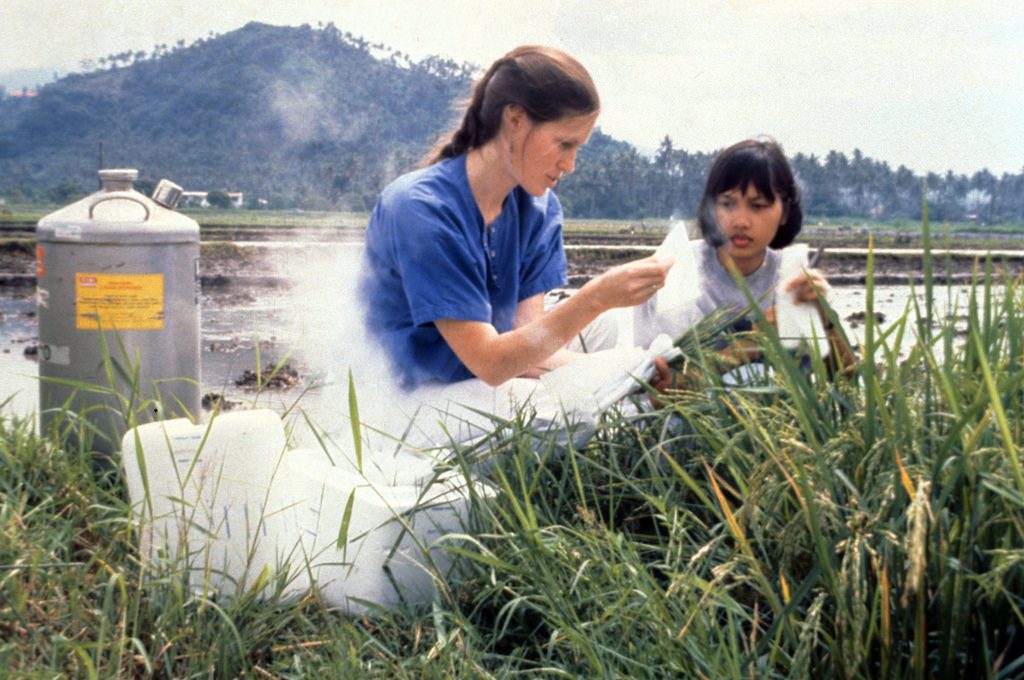 Dr. McCouch (shown here with laboratory technician Marifa Lanuang Corral using liquid nitrogen to harvest tissue from IRRI field plot–grown rice plants for DNA extraction in 1991) is a Professor of Plant Breeding and Genetics, Plant Biology, Biological Statistics and Computational Biology at Cornell University. In 1988, she worked with Chinese colleagues Z. H. Yu and Z. Y. Wang, put together that first molecular map of rice which was published in 1988. “I made my first trip to IRRI to present the results of that work,” she said. “I was stunned by the number of people in so many diverse fields, all of them concentrated on rice. I was excited by it all. I think people were equally excited by the work we were doing at Cornell. There was a very good synergy and I think that the first visit was the thing that cemented the relationship that would evolve into a job opportunity at IRRI when I finished my PhD in 1990.” (Photo: IRRI)

.
Rice science is a unique field of research where women are at the forefront of scientific achievements. And I have been fortunate to meet a number of such women scientists. These are the Queens of Rice Science who have served as examples for my own career, not only in terms of research achievements but also in their collaborative characteristics that I admire.

Susan McCouch (above) was my first plant genetics professor as an undergraduate at Cornell University and is the person from whom I first heard of the International Rice Research Institute (IRRI) where she had been a scientist. Among my professors, she stood out for me for not being afraid of showing her emotional connection to her work. 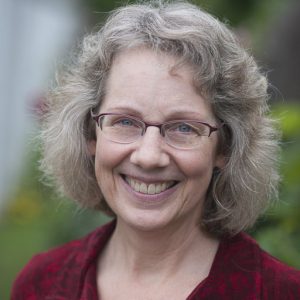 Dr. Brown, a Professor of Plant Stress Biology at Penn State, studies the genetic, physiological, and ecological basis of plant adaptation to drought and low soil fertility. Her goal is to improve the efficiency of water and nutrient use in the world to reduce hunger and environmental degradation. She is a co-principal investigator in a project that aims to develop maize, common bean, rice, and other crops with deeper roots. Such crops would help solve major challenges in global agriculture, including better capture of water, nitrogen, and sequestration of atmospheric carbon. (Photo: Penn State) 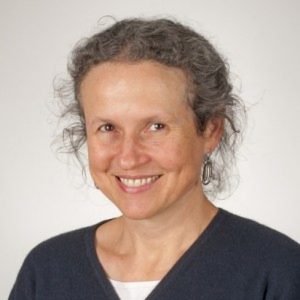 Dr. Nelson is the Scientific Director for The McKnight Foundation’s Collaborative Crop Research Program that provides funds for agricultural research in developing countries. She is also affiliated with the Plant Pathology and Plant-Microbe Biology Section and Plant Breeding and Genetics Section at Cornell, International Agriculture and Rural Development, and the Institute for Genomic Diversity. Her research is focused on understanding how plants defend themselves against pathogen attack to enhance the food security of smallholder farmers. (Photo: Cornell University)

Kathleen Brown (above left) is an expert in root biology and was the voice of reason on my PhD thesis committee at Pennsylvania State University (Penn State).

Rebecca Nelson (above right) is a former IRRI scientist who was our program leader under the McKnight Foundation Collaborative Crop Research Program while I was in graduate school. Besides being energetic and adventurous, I admired how she has empowered the partners involved in her projects.

Gelia Castillo (below left) was a lifelong affiliate of IRRI. She had such a broad perspective and knew so much about rice science that in seminars she could ask the simplest questions that leave the most confident speakers completely stumped as to how to respond. I loved that.

Brigitte Courtois (below right) was a pioneer in both drought breeding and rice root biology at IRRI and at CIRAD. Her collaborations with national research partners left lasting memories with them and I often hear stories about her when I visit sites in South Asia. 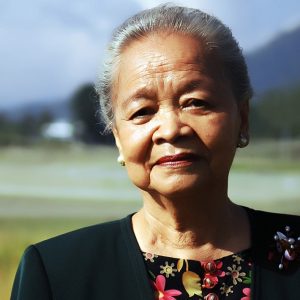 The late Dr. Castillo earned her PhD in Rural Sociology at Cornell in the 1960s. She was widely recognized as an international authority in agriculture and rural development. She believed that science must serve a human purpose. Her book, All in a grain of rice, was the first book authored by a Filipino on how Filipino farmers’ responded to new agricultural technology. She was bestowed the rank and title of National Scientist in 1999. (Photo: IRRI) 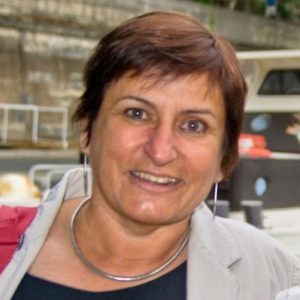 Dr. Courtois is a rice breeder and geneticist focusing on environmental stress resistance. She was a member of the Rice Development and Adaptation team at UMR AGAP, a joint research unit of more than 400 experts in plant biology and plant genetics that produces knowledge that contributes to solving major agricultural challenges in the South as well as in the North. She recently retired from CIRAD. (Photo: CIRAD)

Jan Leach (below left) is a long-time IRRI collaborator who uses her expertise in multiple disciplines to build bridges among scientists.

Julia Bailey-Serres (below right) provides one of the best examples of how teamwork among basic and applied scientists can result in an impact in farmers’ fields.

Casiana Vera Cruz (bottom photo) was one of my IRRI colleagues working on stress resistance in rice. In the first project meeting I attended with her, she quickly listed off an inventory of about 10 sites in South Asia along with what rice varieties were grown and which pathogen strains were prevalent at each site. I was astonished, thinking only “I want to be like her someday!” 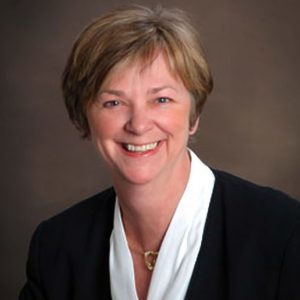 Dr. Leach serves as the Research Associate Dean for the College of Agricultural Sciences at Colorado State University (CSU). Her research group focuses on how plants interact with microbial pathogens to result in resistance or disease. Their goals are to identify sources of long-lasting, broad-spectrum disease resistance, allowing for the development of ecologically sustainable forms of plant disease control. In recent years, they have begun to uncover the genetic basis of some complex traits in rice that contribute to biomass and benefiting human health. (Photo: CSU) 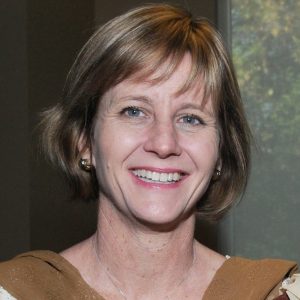 Dr. Bailey-Serres is the Director of the Center for Plant Cell Biology at the Institute for Integrative Genome Biology. The center tackles significant questions in plant biology on a molecular level to address global challenges such as improved nutrition, increased crop yield, resistance to pests, sustainable biofuels, and environmental conservation. In 2003, she joined a team of geneticists including Dr. Pamela Ronald of the University of California Davis and rice breeder Dr. David Mackill in the search for the SUB1A gene that allows rice to survive complete submergence under water.

In fact, all of these Queens of Rice Science have left me thinking that I would like to be like them. They are all brilliant, strong, and friendly. They have put a lot of effort into training the next generation of scientists, and they prioritized their efforts to research topics that could lead to an impact on poverty alleviation. They made being a woman in science look easy, but I’m sure it hasn’t been.

Women in science still face many challenges: barriers set by male colleagues, barriers set by female colleagues, and barriers within ourselves–all of which can limit our advancement. For young women scientists, my best suggestions are to 1) stay positive, 2) focus on the science; don’t get distracted by the challenges but let them motivate you instead, and 3) find your own Queens of Science as a source of inspiration. 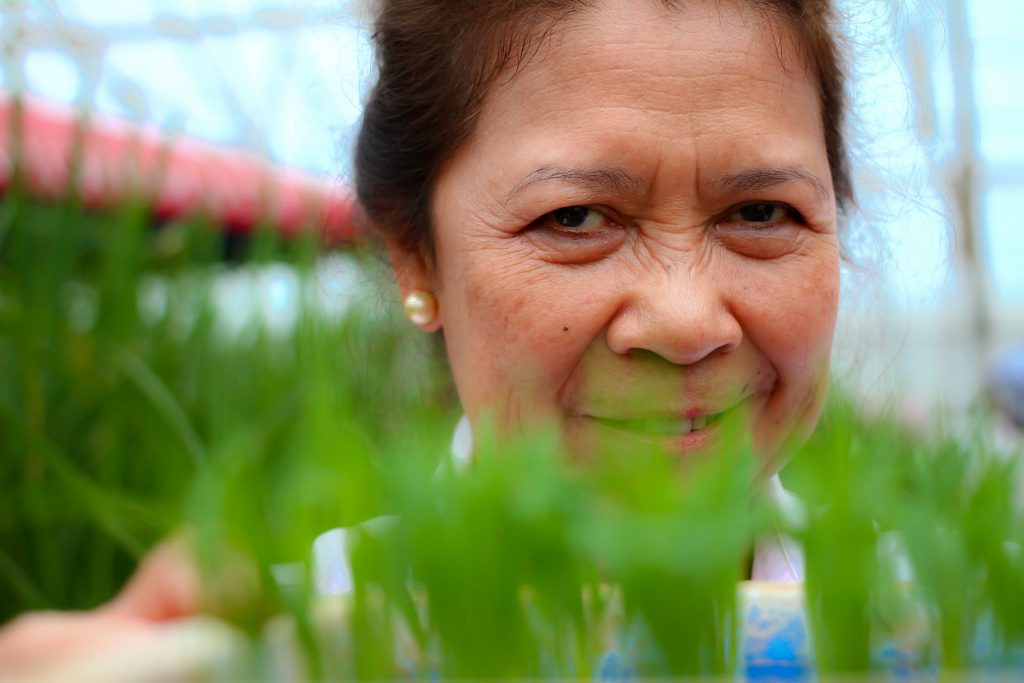 Dr. Vera Cruz is among the pioneer female scientists at IRRI where she worked as a plant pathologist. “I really didn’t feel that being a female staff member was any kind of problem for me,” Dr. Vera Cruz said. Although she had the opportunity to be part of IRRI’s upper management but “I preferred working in science.” She conducted research on host-plant resistance to diseases and bacterial and fungal disease screening in rice breeding programs. She is a technical writer and editor, along with other pathologists, of IRRI’s online resource Rice diseases: their biology and selected management practices. Currently, she is serving as an IRRI consultant. (Photo: IRRI)