Given an opportunity, women could demonstrate their competencies and show they are not second-rate to men. 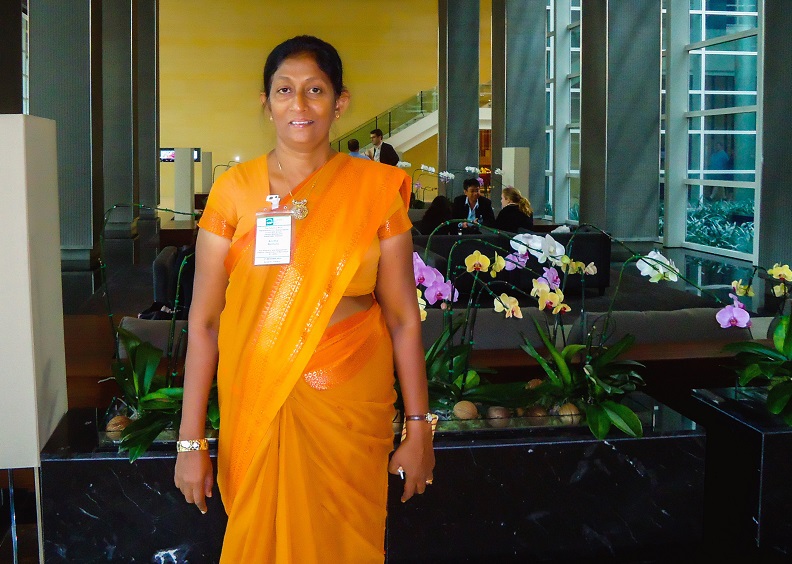 As a rice breeder and geneticist, the author is addressing iron toxicity and acidity in soils and improving yield in Sri Lanka. (Photo courtesy of A. Bentota)

Nobody pushed me toward science.

From my childhood years, I had a willingness to complete the commitments for any opportunities given to me by my parents, teachers, relatives, or others. After my primary education and based on my performance in the entrance examination to a secondary school, I had an opportunity to enter the science stream of Thelijjawila Central College. Thelijjawila Central College is a leading school in the Matara District in Sri Lanka and I had a lot of fun and enthusiasm while learning about science.

Prof. Athuala Perera, a lecturer at the University of Peradeniya who taught us genetics and plant breeding, was one of the many who influenced me most to be a plant breeder. I found his simple way of teaching very interesting and made it easy to remember his lectures without much effort.

A fortunate scientist
I was very proud when I became a rice breeder because I knew I can contribute to eliminating the hunger of people living in my country as well as globally since rice is the one of the most important staple food in the world. I became an International Rice Research Institute (IRRI) scholar at the University of Birmingham in the United Kingdom where I completed my doctorate degree in biological sciences in 1992.

My main research responsibility was to increase rice productivity through the use of appropriate varieties in areas where the higher content of iron in soils makes the soils toxic to the crop. Since rice consumers in this part of the country preferred red rice, we paid more attention to developing red rice varieties. I was successful in incorporating iron toxicity tolerance and developing different high-yielding varieties and lines with acceptable grain quality and resistance to major pest and diseases. The non-lodging nature of the varieties enhanced the use of machinery for harvesting and provided a solution to the labor shortage, too.

Although it is a tedious job where I spend a lot of time under the hot sun and on muddy lands, I did not feel these difficulties. Instead, I was overjoyed and became a cheerful lady rice breeder. 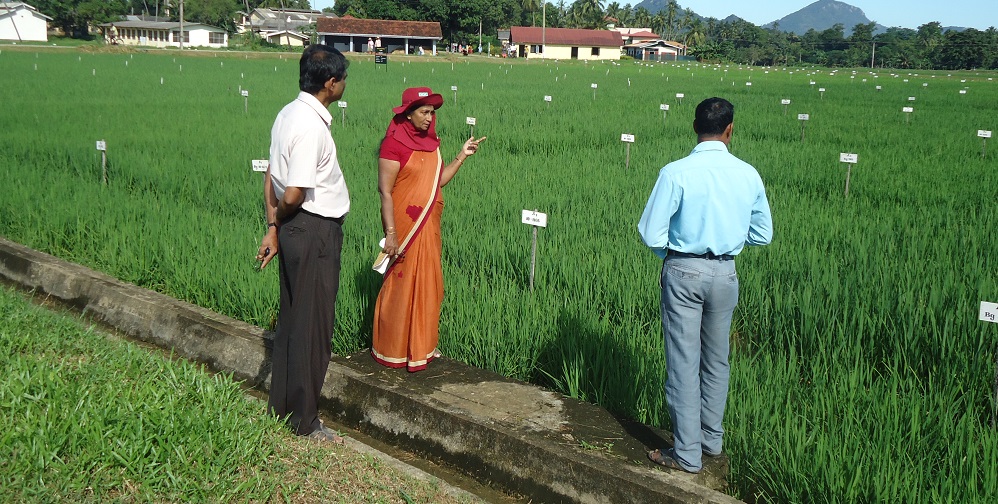 Dr. Bentota was named as the Best Agriculture Scientist in 2011 by the DOA of Sri Lanka. She also received the Presidential Awards for Scientific Publications in 2013 and one of the Outstanding IRRI Alumni in 2014 for her achievements in rice research management. (Photo courtesy of A. Bentota)

In 2009, I was appointed as the secretary of the Variety Release Committee of the Department of Agriculture (DOA). All new varieties developed by Sri Lankan scientists of the DOA have made an immense contribution towards increasing food production and also played a significant role to overcome the challenges in the agricultural sector of Sri Lanka. However, the information of all varieties is found to be scattered in diverse research publications as well as in unpublished documents and there has not been a comprehensive compilation of information under one cover.

A rewarding career
The Director General of Agriculture of DOA presented me with a certificate due to the valuable documentation I did. I was awarded similar appreciations by next DGA as I did things differently in managing young researches and made their contributions more visible and comparable to the rest.

I was named by the DOA as the Best Agriculture Scientist in 2011. I have also won the Presidential Awards for Scientific Publications in 2013 and named one of the Outstanding IRRI Alumni in 2014 in recognition of my achievements in rice research management.

In 2018, I received the Senadhira Rice Research Award for Asian rice scientists working within a national agricultural research and extension system. 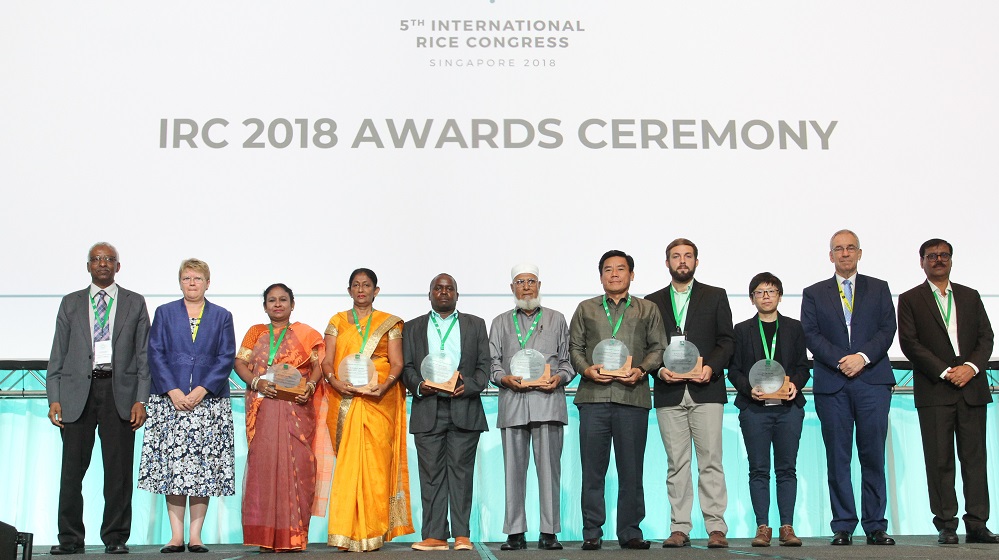 Dr. Bentota (in yellow) was one of the awardees for their innovative ideas and use of enabling technologies to contribute to rice security for the growing global population during the 2018 International Rice Congress. (Photo: IRRI)

Dedication, commitment, patience, and confidence
I encountered real challenges when I was appointed as the director of the Rice Research Development Institute (RRDI) of the DOA in 2014. I was the first woman in that position after eight gentlemen who really elevated the institute to one of the best in the country. I had to contend with work environments that are far less welcoming to women. As director, I play a dynamic role in leading my RRI team towards successfully achieving the goals and the vision through its strategic plan.

Dedication, commitment, patience, and confidence in ability as a rice scientist were the pillars that helped me excel in my position and become a successful leader. The 33 years of my service in a wide range of agro-ecological zones in Sri Lanka gave me the strength to implement the strategies for present and future challenges in the country’s agricultural sector.

The strength of women
Although women are less in physical strength due to their biology they also have fewer opportunities to demonstrate their other abilities to overcome other challenges. Given an opportunity, women could demonstrate their competencies and show they are not second-rate to men.

Women can do several things at a time. They are committed to looking after family members, their nourishment and well-being. They help mold their children so that they can better people in society, be more job-oriented, etc.  I never forgot my obligations as a mother to my child and a wife to my husband. Whenever needed, I was able to be with them by managing my time effectively while prioritizing my work. I am also involved with social activities and contribute to uplift the society through charity.

______________
Dr. Bentota is the former director of RRDI and current lead of the Grain Legume and Oil Crop Research and Development Program of the DOA.