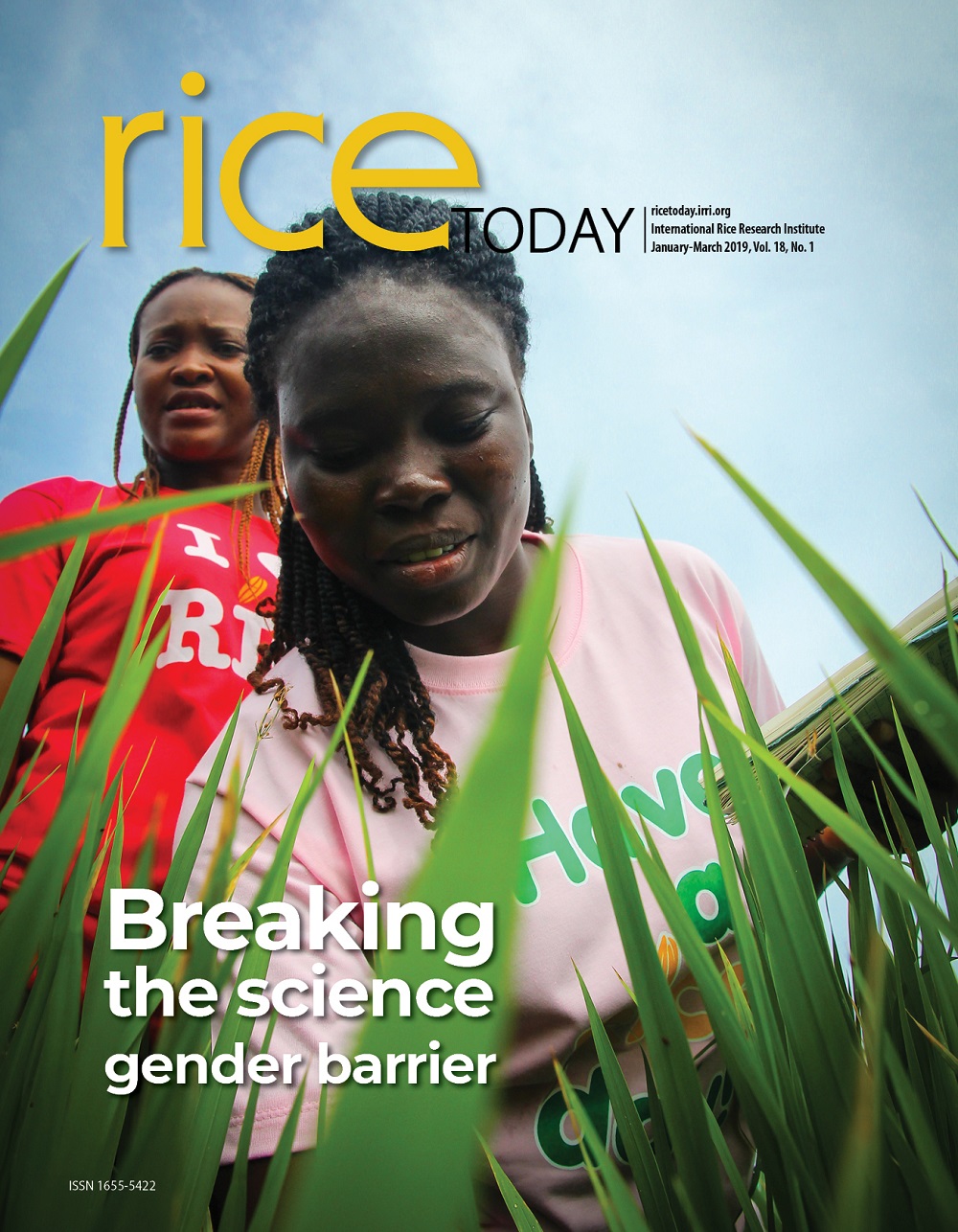 The discovery of the double helix structure of the deoxyribonucleic acid (DNA) by James Watson and Francis Crick in 1953 was a scientific milestone of epic proportion. Their discovery led to many current advances such as genome mapping, molecular breeding, genetic engineering, rapid gene sequencing, and gene editing that are now part of the rice research landscape.

Deservedly, Drs. Watson and Crick (along with Maurice Wilkins) received the coveted Nobel Prize in Physiology or Medicine in 1962.

What does this have to do with women and sexism in science?

Behind the scene was Rosalind Franklin, a scientist who earned the respect of her peers for her research on the molecular structure of coal, viruses and the DNA. In fact, Dr. Franklin’s X-ray diffraction images of DNA enabled Drs. Watson and Crick to identify its double helix structure. But Dr. Wilkins shared Dr. Franklin’s crucial image (famously known as Photo 51) with Dr. Watson without her knowledge or consent.

Her contribution only became known after her death in 1957. The prize cannot be awarded posthumously but if Dr. Franklin had lived, she should have received a Nobel Prize for her work according to Matthew Cobb, author of Life’s Greatest Secret: The Race to Crack the Genetic Code. “Her conceptual understanding of the structure of the DNA molecule and its significance was on a par with that of Watson and Crick, while her crystallographic data were as good as, if not better, than those of Wilkins,” said Dr. Cobb.

Dr. Franklin was not the first or the last woman whose scientific achievements have been overlooked.  Only 20 women have won a Nobel Prize in physics, chemistry or medicine compared to 572 men. Science historian Margaret Rossiter called it “The Matilda Effect” after the 19th Century suffragist Matilda Joslyn Gage who described it in her article in The North American Review, Woman as Inventor.  The Matilda Effect refers to the bias against acknowledging the achievements of women scientists—and their contributions are attributed to their male colleagues instead.

This transference of recognition from women to men often happens more indirectly, according to Lara Rutherford-Morrison. The taking credit for the achievements made by women wasn’t necessarily committed intentionally.

“In many cases, men were given credit because that’s just how things were done,” Dr. Rutherford-Morrison said.  “In fields like the sciences, there wasn’t an extensive history of eminent female scholarship, so people simply couldn’t imagine it happening—and therefore assumed that major breakthroughs must somehow be attributable to dudes.”

This was the case with the iconic Photo 51.

“Sexist attitudes are ingrained in science, as in the rest of our culture,” Dr. Cobb acknowledged. But he clarified that, while Drs. Watson and Crick’s behavior towards the use of Photo 51 taken by Dr. Franklin was inconsiderate, there is no evidence supporting claims that theirs was an act of pointed chauvinism.

“But what seems to have happened in a number of cases is that men and women worked collaboratively or on similar projects, and the men’s—very real— accomplishments were lauded, while the women’s were downplayed or even erased,” said Dr. Rutherford-Morrison.

Implicit or not, the Matilda Effect is, nevertheless, detrimental to the scientific community at large, according to Dr. Haynes. “One can argue that underrecognizing women scientists is wrong from a simple fairness standpoint and should be actively remedied for that reason alone,” she said. “But even if that reason is not compelling on its own, we must also consider the loss in scientific advances that likely comes when our loudest scientific voices and most visible scientists represent only half our population.”

In this issue of Rice Today, we feature some of the members of the other half of the scientific community—the women movers and shakers in the world of rice research—and give them the credit that they so richly deserve.