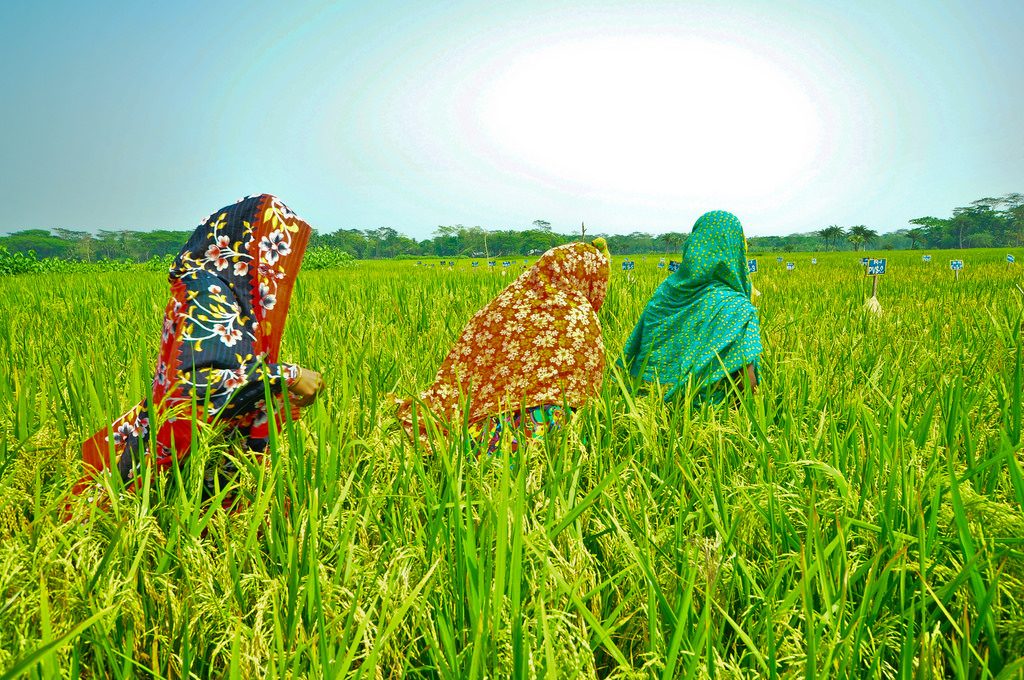 Rice is the major staple food crop in Bangladesh. The harvested area covers 11.5 million hectares (because of 2–3 crops per year) or 80% of the cultivated area. Agriculture is the most important sector in Bangladesh’s economy. It contributes 19.6% to the gross domestic product (GDP) and provides employment for 63% of the country’s population.The geography of Bangladesh is dominated by the flood plains of the Ganges, Brahmaputra, and Meghna rivers. The variability in the monsoon and winter rainfalls, the immense volume of water from the upstream basins, and the unique coastline mean that the county is particularly prone to drought, flood, salinity, and sea-level changes, often all occurring in the same year. Mapping and monitoring the rice area of Bangladesh provides insight into the complex cropping patterns that are adapted to the environmental and climatic conditions that vary so much each year.

Remotely sensed images, taken throughout the year, can capture this variation in rice area by season in Bangladesh. The maps here (Fig. 1., above) are based on observations of the 2009-10 boro season, the 2010-11 aus season, and the 2010-11 aman season. The maps show that boro rice is cultivated in most agricultural areas of the country except the coastal zone due to salinity, the aus crop is mainly in the west and south but is isolated to a few suitable areas during the summer, and the monsoon aman crop is widespread and includes the coastal zone.

The maps also reveal the rice cropping patterns, ranging from single cropped rice areas, where dry-season salinity and lack of fresh water may limit the possibilities of a second crop, to triple-rice areas, with many permutations in between such as rice-aquaculture or rice-pulse-rice.

In this analysis, we observed that the 11.5 million hectares of rice were cultivated on 8.0 million hectares of land, so the cropping intensity for rice alone is 1.43, but increases to 2.28 when all field crops are considered. Figure 2 (below) shows that rice-other crops and rice-rice-other crops are the dominant rice-based cropping patterns, accounting for 71% of the rice area, with double-cropped rice and the very limited areas of single- and triple-cropped rice completing the picture.

The area planted to rice in Bangladesh varies each season, year after year. A late or early onset of the monsoon affects the extent of the aman crop, a lack of rainfall in summer reduces the extent of the aus crop, but the boro rice area remains almost constant as it depends on groundwater and is not as adversely affected by natural calamities as are the aus and aman crops. Remote sensing is one effective way to monitor these changes and it can also identify longer term trends in rice extent and opportunities for alternative cropping systems.