A new study shows vitamin E’s famous antioxidant property is more than skin deep and could also be useful in preserving the genetic diversity stored in seed banks. 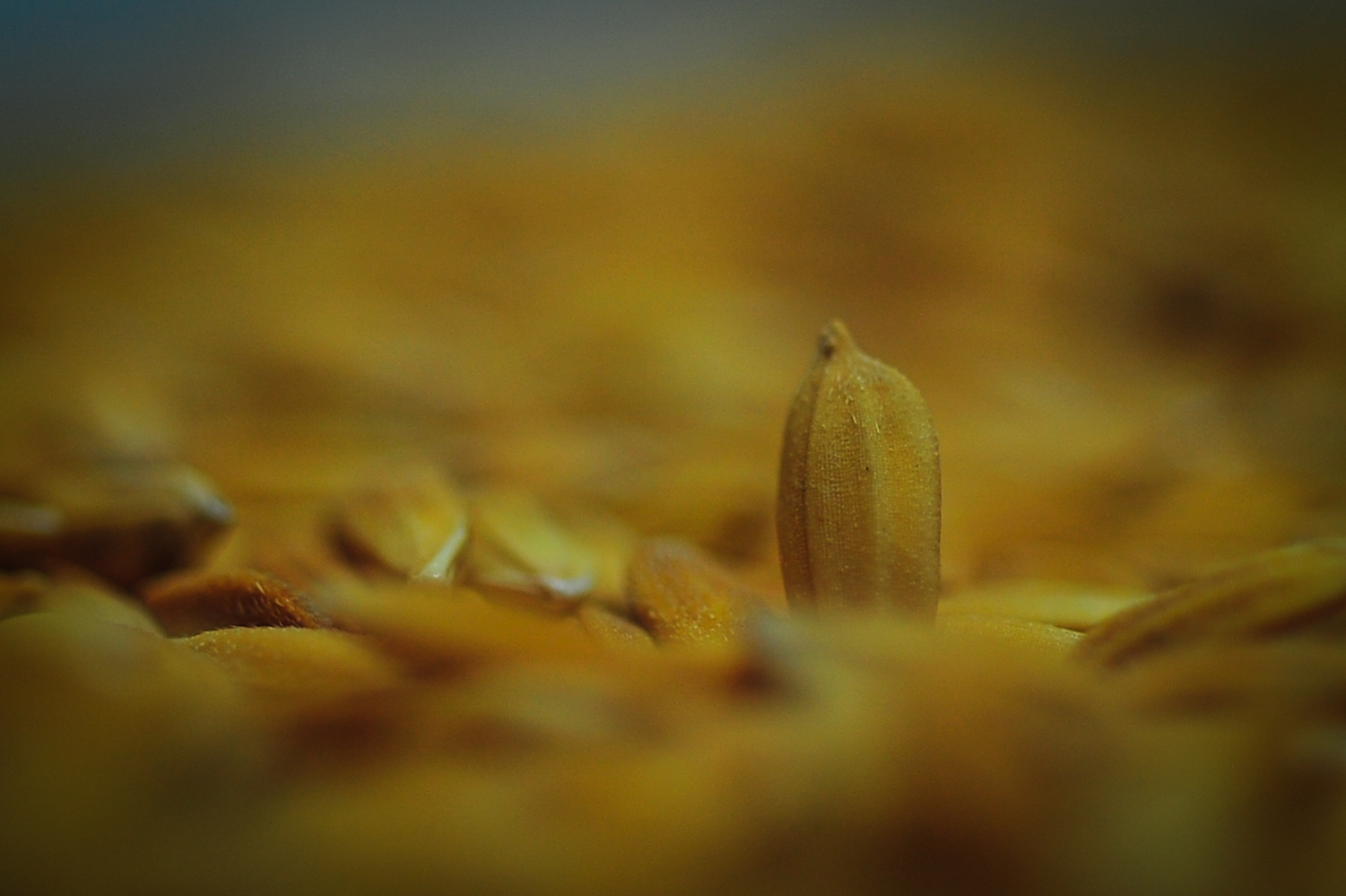 A better understanding of the molecular basis for the naturally occurring proportion of the vitamin E homologs in seeds could have a big role in improving the efficiency of seed banks in preserving genetic diversity. (Photo by Isagani Serrano, IRRI)

.
Vitamin E (tocols) is an important substance that helps many organs in the body to function properly and boosts immunity and fertility. But it is the antioxidant action of vitamin E that made it a buzzword particularly in the cosmetic industry. The antioxidant function of vitamin E was discovered by Dr. Henry Mattill through a series of studies that started in 1920 until the 1950s. Since then, the vitamin has become a “fountain of youth” in a bottle as it helps to slow down processes that damage cells.

A recent study has shown that vitamin E could have far-reaching applications in the conservation of the crops that serve as the foundation of our food system. As challenges arise from climate change, environmental degradation, and the growing global population, seed banks provide plant breeders with the biodiversity to develop new and more robust crop varieties that can enhance the productivity and resilience of farmers. Therefore, the long-term storage of seeds is crucial in securing the future of agriculture.

An important joint effort
The cooperative research project (see citation below) to assess the correlation between rice seed longevity and vitamin E in the seed was conducted by scientists at the International Rice Research Institute (IRRI) and the National Institute of Crop Science of the Rural Development Administration (RDA) of the Republic of Korea.  Dr. Jeom-Sig Lee, a former director of the RDA Office at IRRI, believed that it was an important research work for both institutes to pursue and linked the two research teams for the project.

Living vessels
Seeds are alive and some are capable of remaining viable for thousands of years. In Israel, a 2000-year-old Judean palm seed (Phoenix dactylifera), found at excavations in the palace of Herod the Great, still sprouted after planting. Even more impressive is how scientists in Russia were able to regenerate Silene stenophylla, a herbaceous flowering plant in the carnation family, from a 32,000-year-old seed, found buried 38 meters below the Siberian permafrost.

But, generally, most crop seeds have a much shorter shelf life even under optimal storage conditions,

During seed storage, lipid peroxy radicals cause the breakdown of seed membrane, cell aging, loss of viability, and eventually death. Vitamin E, a group of eight types of homologs (four tocopherols and four tocotrienols), is a strong antioxidant that scavenges the radicals and helps increase seed longevity. 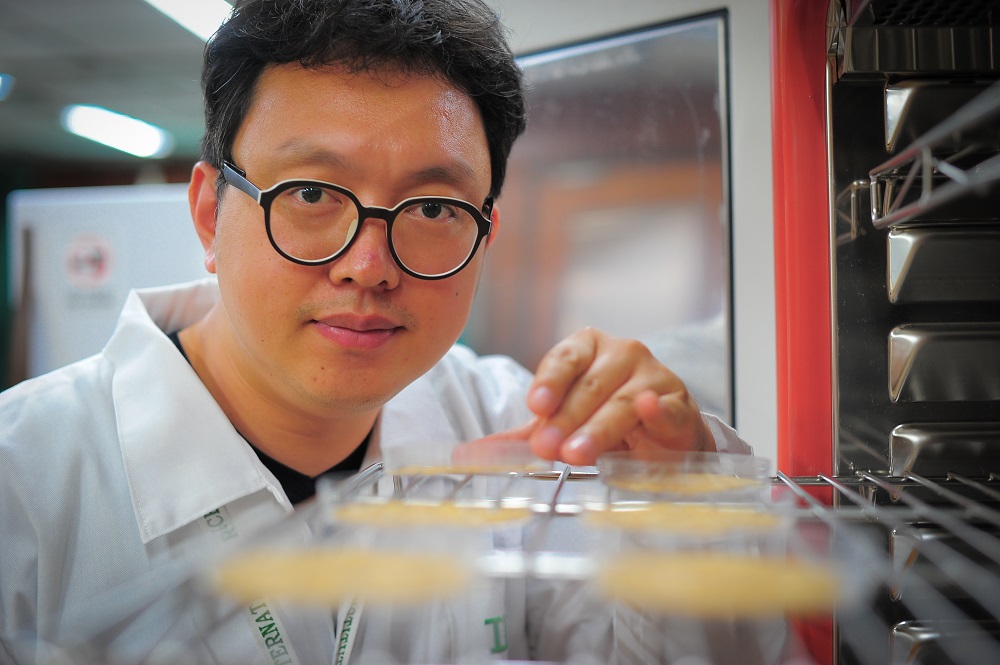 .
A vitamin for genetic conservation
Previously it was assumed that a high amount of vitamin E was important in the longevity of the seed, according to Jae-Sung Lee (photo above), a genetic resources scientist at IRRI, and Dr. Jieun Kwak, a national scientist at RDA.

“There are eight different homologs or components of vitamin E in the seed,” Dr. Lee said. “What we found was that the specific ratio of vitamin E homologs rather than total vitamin E content is associated with good or poor seed longevity in rice seed. If the gamma-type homolog is high and the beta-type is low, then the seed is able to live longer. A high proportion of beta-type to delta-type in the seed could be a biochemical indicator of shorter storage life.”

A better understanding of the molecular basis for the naturally occurring proportion of the vitamin E homologs in seeds could have a big role in improving the efficiency of seed banks in preserving genetic diversity.

“Seeds are kept under cold temperature and low humidity in gene banks to conserve them but eventually they lose their viability,” Dr. Lee said. “A gene bank manager needs to know when seeds in storage die otherwise we could lose some varieties forever.”

The standard practice to prevent such disasters is to regularly take out the seeds before their viability drops significantly and conduct a germination test. In batches that show low germination rate, the seeds are planted in fields and are replaced with the new generation of seed. It is a continuous time-consuming, laborious, and expensive process but seed viability is the most critical factor for future seed distribution and the regeneration of plant species and lines.

In very large seed banks like the International Rice Gene Bank at IRRI—which holds 130,442 varieties as of 2018—the task becomes nothing short of monumental.

“It is a huge expense for us to check seed viability and we do this routinely,” said Venuprasad Ramaiah, head of the International Rice Gene Bank. “We test all seeds for viability based on the age because we have no way of knowing which ones need to be regenerated. Every year we test 20,000 to 40,000 seed varieties costing us more than USD 10,000.”

This new finding could potentially help trim down the guesswork and develop custom-based testing.

“It is a kind of biochemical indicator of seed longevity,” said Dr. Lee. “Before putting seeds of a rice variety in cold storage rooms, we can use DNA marker and get an idea of the proportion of vitamin E component. Then we can estimate how long the seeds could live and reduce the frequency of the seed viability testing.” 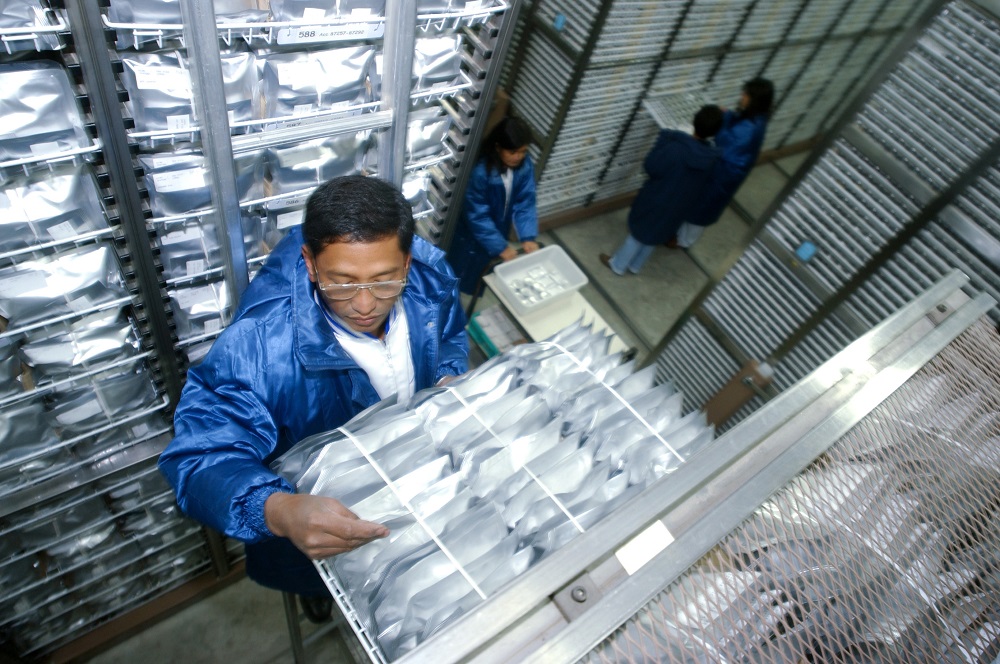 In very large seed banks like the International Rice Gene Bank at IRRI—which holds 130,442 varieties as of 2018—this new finding will help develop custom-based germination testing and trim down the cost significantly. (Photo by Ariel Javellana, IRRI)

.
A significant first step
Dr. Lee emphasized that vitamin E is only one factor and that there are many other factors involved in the seed survival mechanism. His team and the RDA collaborators plan to study other components of seed longevity to enable seed bank curators to build more accurate profiles of seed longevity.  Nevertheless, Dr. Ramaiah called it a significant step.

“Using this and the other factors, we should be able to predict which seeds can live for 20 years and which seeds need to be tested every five years,” Dr. Ramaiah.said. “This information can help us plan and manage our resources better.”