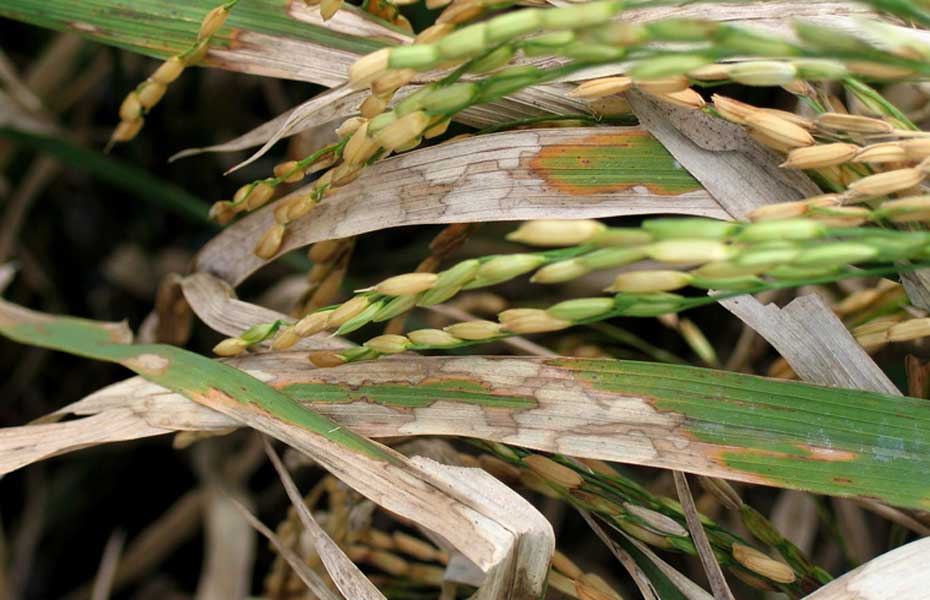 In a study conducted by the International Rice Research Institute (IRRI), it was found that, on average, farmers lose 37% of their rice yield to pests and diseases, and that these losses can range between 24% and 41% depending on the production situation.

We have a good idea of what pests and diseases affect rice, but we do not always have a clear picture of where individual or groups of pests and diseases occur and how much effect they have on rice yield. One approach that can be used to gain insight into this is to develop a yield loss model based on a wide range of pest and disease injuries and corresponding yield losses under different rice production situations across Asia. A production situation is a combination of physical and socioeconomic factors that influence agricultural production. Models like this are instructive tools that simplify real-world processes, but still provide useful information about the outcome of these processes.

The next step is to determine where these production situations occur and how many hectares they cover, and then use the model to estimate the loss in yield and production for each region of rice-growing Asia in which these situations are thought to occur. Finally, these pieces of information can be combined and visualized in a geographic information system (GIS) to extrapolate the results of the yield loss model and generate maps that provide a broad overview of possible pest and disease occurrences and the resulting yield losses across large geographic areas.

Next, we looked at the losses that could be expected in two of the most common rice agroecologies of tropical Asia: an intensive irrigated monoculture system in rice is cropped twice or three times a year, and a rainfed system in which rice is cultivated once and is followed by another nonrice crop in the same year.

We estimated the area under both of these systems for different Asian regions by following the same methodology used in the well-known Huke and Huke rice maps of Asia, that is, a combination of expert opinion and recently published agricultural statistics. Using GIS, yield loss estimates were combined with estimates of the area that these agroecologies occupy in each region (state or province for example) in countries across Asia. Thus, we were able to generate maps of possible yield loss estimates (Fig. 1,) and possible total paddy production losses per region (Figs. 2 and 3).

In general, the greatest predicted average yield losses take place in regions where double- or triplerice irrigated systems dominate (Fig. 1). This is because there are at least two seasons of rice in these regions annually and these losses are summed in Figures 1 and 2. On the other hand, the rainfed rice and other crop systems have only one season of rice annually (Fig. 3).

These maps are just the first step as we find new ways to obtain more information about insect pests, diseases, weeds and the amount of yield losses they cause in rice plants, based on weather data, production situations, crop health surveys of farmers’ fields, and results of field experiments.

Maps such as these are useful tools that show where researchers should focus their efforts for pest and disease management and help understand which pests and diseases should be managed in different regions. Also, these maps can be used to determine where specific pest and disease management strategies have the greatest impact in reducing yield losses, formulate policy-making decisions, and guide further scientific research, thus helping IRRI and partners achieve larger goals.

Dr. Sparks is a postdoctoral fellow, Dr.Nelson is a geographer, and head of the GIS lab, and Dr. Castilla is a senior associate scientist at IRRI.