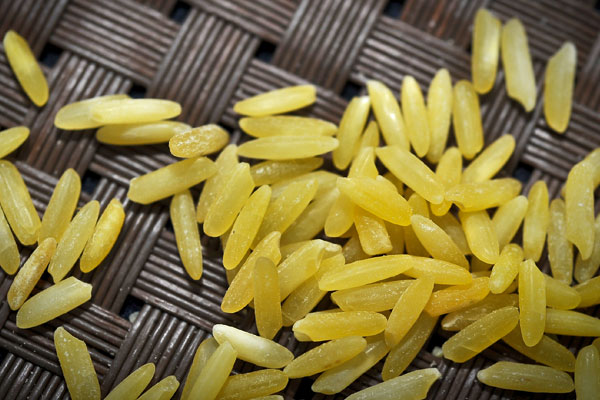 “It is not science that has held back the use of molecular genetics in rice breeding,” says a former anti-GMO activist, “it is politics.” (Photo: IRRI)

It has been estimated that, for every 1 billion people added to the world’s population, 100 million tons more of paddy rice need to be produced annually— ideally using less land, water, nitrogen, and energy, and resulting in fewer greenhouse gas emissions.

Crop genetics comes into every aspect of this picture. Changing the biology of rice plants offers a chance to combat major and emerging diseases, to tackle pests with fewer and less toxic pesticides, to increase water- and nitrogen-use efficiency, and to increase overall productivity to feed more people on less land.

However, in order to be able to access the widest possible pool of germplasm, it will be essential for rice breeders to be able to use transgenic techniques as well as conventional breeding.

And yet, the use of these molecular biotechnology tools— which are improving all the time in accuracy, variety, and usability— remains needlessly controversial. It is not science that has held back the use of molecular genetics in rice breeding—it is politics.

Indeed, politics can surely be the only reason why, after two decades of rice breeding involving many projects using molecular techniques for genetic improvement, there is still currently no commercially available rice anywhere in the world that might attract this dreaded moniker “GMO.”

Rice breeders are wary of putting forward GM rice varieties for approval, however much promise they show. Regulators have yet to approve GM rice, however safe and beneficial the new traits may be. Traders are nervous about trading GM rice. Retailers are worried about losing markets with GM rice. Consumers are wary of eating GM rice.

I would be very surprised if Golden Rice were ever able to be released in China now given consumer fears stoked by anti-GMO groups, so vitamin A deficiency in Chinese children must be tackled by other means or, more likely, not at all. I won’t guess at a number of likely resulting deaths, but we can get a sense of the probable order of magnitude from a recent paper published in the journal Environment and Development Economics estimating the impact of 10 years of nonavailability of Golden Rice in India.

The authors estimate 1.4 million life years lost over the past decade in India, thanks to vitamin A deficiency. Remember, these years of life lost mainly affect vulnerable young children, 125 million of whom suffer from vitamin A deficiency around the world.

This, in turn, leads to a quarter to a half million cases of blindness in children per year, and half of these children die within a year. Many more have their immune systems compromised by a lack of vitamin A, thus increasing the risk that common childhood diseases will end in death.

The anti-GMO lobby is full-scale psychological denial—refusing to admit that the expert opinions of the American Association for the Advancement of Science, the Royal Society, numerous Academies of Science around the world, the American Medical Association, and every relevant academic body in the world add up to a meaningful scientific consensus on the inherent safety of GM technology.

This does not mean of course that every GMO will always be safe—it means that GM technology presents no more inherent risk than conventional breeding, and should, therefore, be assessed on a case-by-case basis just like everything else, not opposed in totality as a class.

This matters, in rice at least, because many projects are using crop biotechnology that could contribute meaningfully to bringing about a food-secure and sustainable world this century.

Golden Rice is the poster child and has received a lot of attention, but there are many others. In West Africa, for example, NEWEST rice is proceeding well in field trials. NEWEST stands for nitrogen-efficient, water-efficient, salt-tolerant rice. This rice aims to improve both the productivity and sustainability of rice production across sub-Saharan Africa. And yes, it is GM.

An even more ambitious project is C4 rice, another international collaborative scientific project being piloted by the International Rice Research Institute (IRRI). Converting rice from using the C3 to the C4 photosynthetic pathway could result in dramatic productivity gains— again resulting in more rice per unit of land, water, and fertilizer.

As well as Golden Rice, at IRRI, good progress is being made toward iron rice, thanks to a ferritin gene added from soybean that codes for iron storage. Iron rice could help overcome anemia, which affects more than 1 billion people globally, particularly poor women and children.

I am not religiously attached to this technology. Many non-GM rice breeding projects exist that are already delivering clear benefits in the real world.

I don’t think we have to choose between GM and agroecological farming—I think they can be complementary and mutually supporting. Organic and ecological farming methods have many important lessons to offer to conventional farming.

I would like to celebrate all those who are involved with rice growing, whether using GM technology or not. Most will acknowledge that we need the second Green Revolution in rice, which is already underway and delivering increased productivity combined with increased sustainability (see Green revolutions 2.0 and 3.0: No farmer left behind). Let us not throw out any tools that can help achieve this better world.

And then, in the words of the founder of the first Green Revolution in wheat, Norman Borlaug, we must “take it to the farmer.” This is the leap we have yet to make with GM rice, anywhere in the world. I would hope that, by the time of the next International Rice Congress, in 2018, many more rice breeding projects— whether GM or not—will be out in the field delivering benefits to farmers.