Sahbhagi dhan and other drought-tolerant rice varieties can be viable and deliverable technologies for reducing poverty in drought-prone areas in Eastern India. 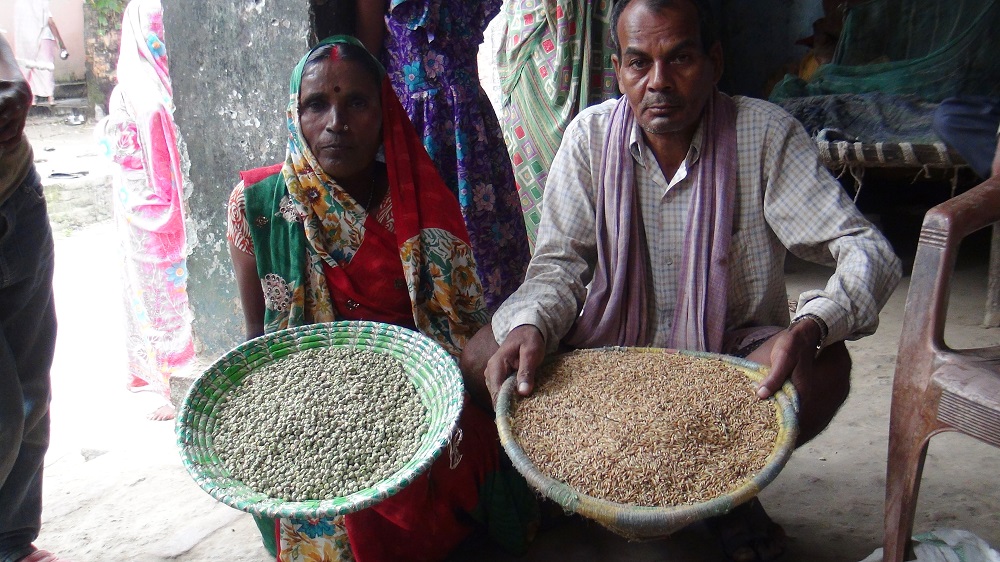 Drought-tolerant rice varieties can serve as the most coherent approach to ensure food security in drought-prone rainfed areas in the eastern states of India, according to a case report published in Sustainability 2020.

The report, Drought-tolerant rice for ensuring food security in Eastern India, farmers cultivating Sahbhagi dhan reported a yield advantage of up to 1.6 tons per hectare over long-duration compared to traditional varieties.

Sahbhagi dhan (IR74371-70-1-1)  is a drought-tolerant rice variety that produces 4 to 5 tons per hectare compared to other traditional varieties that yield only about 2.5 tons per hectare under normal conditions.  However, even under severe drought, Sahbhagi dhan can still produce 1 to 2 tons per hectare where traditional and other high-yielding varieties often yield nothing.  It is also a short-duration crop that matures in 105 days while medium- to long-duration traditional varieties mature in 120–150 days to maturity. This gives farmers the option to plant the next crop earlier and increase their productivity by planting up to three crops in a year.

The variety was released in India in 2009. It was also released in Nepal as Sukha dhan 3 and in Bangladesh as BRRI dhan 56 in 2011.

Under field conditions, when drought affected Eastern India in 2012, Sahbhagi dhan had a yield advantage of more than one ton per hectare (0.78 and 0.56  tons per hectare during the non-drought years of 2013 and 2014, respectively), according to the study.

Data from head-to-head trials in 2017 also showed the variety performed better than the other rice varieties cultivated by farmers even under non-drought conditions.

Many farmers also reported an increase in their cropping intensity because of the early maturing characteristic of Sahbhagi dhan. The study also noted that cultivating Sahbhagi dhan could encourage men to stay and plant an extra crop between the summer and winter seasons rather than temporarily migrate to urban areas in search of livelihood after the harvesting season.

Since the majority of the farmers in drought-prone areas in Eastern India are underprivileged, Sahbhagi dhan and other drought-tolerant varieties can be viable and deliverable technologies for reducing poverty in rainfed rice fields, the study concluded.