Developing new climate-resilient rice varieties and technologies is simply not enough to mitigate the impact of climate change on rice production and increase the productivity of rainfed areas. It is critical to design strategies that will bring these varieties and practices to farmers as quickly as possible and ensure that these varieties and practices perform efficiently. There are several ways to promote any new variety or technology. The most common approaches are field demonstrations, seed minikit distribution, and field days. However, the traditional model for extension is becoming outdated in today’s more competitive, market-oriented agriculture. 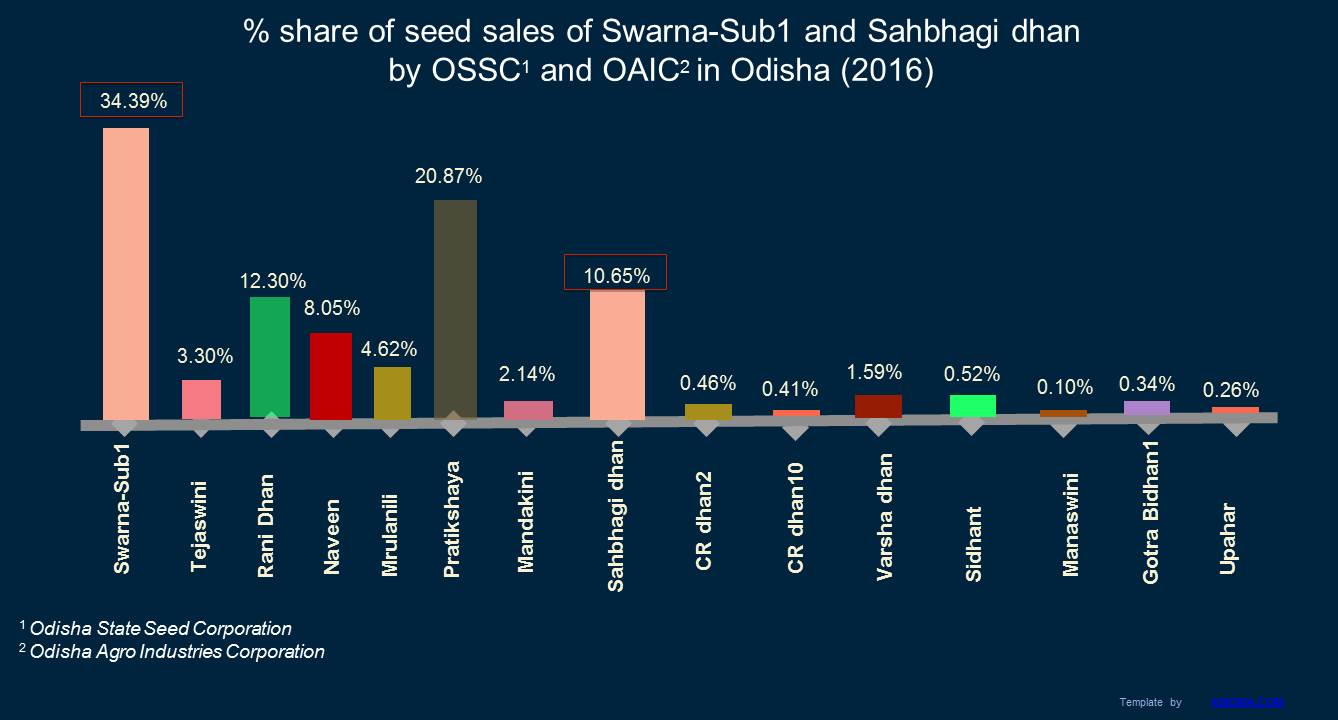 Take Swarna-Sub1, for example, the flood-tolerant version of the popular mega-variety Swarna (MTU 7029). Swarna-Sub1 is almost identical to its counterpart Swarna in terms of grain yield and grain quality, but it can survive full submergence for more than two weeks. It was developed by scientists from the International Rice Research Institute (IRRI) and disseminated by IRRI in collaboration with the national agricultural research and extension systems, government organizations, nongovernment organizations, and public and private seed companies.
Swarna-Sub1 was released in 2009. Various approaches such as pre-release varietal seed multiplication and promotion of Swarna-Sub1 and linking varietal dissemination with mega developmental schemes of the government and other organizations helped achieve seed multiplication and diffusion at an unprecedented speed in South Asia. In the eastern Indian state of Odisha, Swarna-Sub1 outpaced all rice varieties developed within the past 10 years in terms of seed production and sales by state-owned seed corporations in the 2016 kharif season.

Despite substantial evidence of the good performance of Swarna-Sub1 from field trials, the variety is suitable in some areas but not in others. Thus, introducing new varieties to inappropriate areas could cause unintended results and negatively affect the reputation and adoption of improved varieties. To avoid this problem, the Stress-Tolerant Rice for Africa and South Asia (STRASA) project employed more innovative approaches for faster varietal adoption. 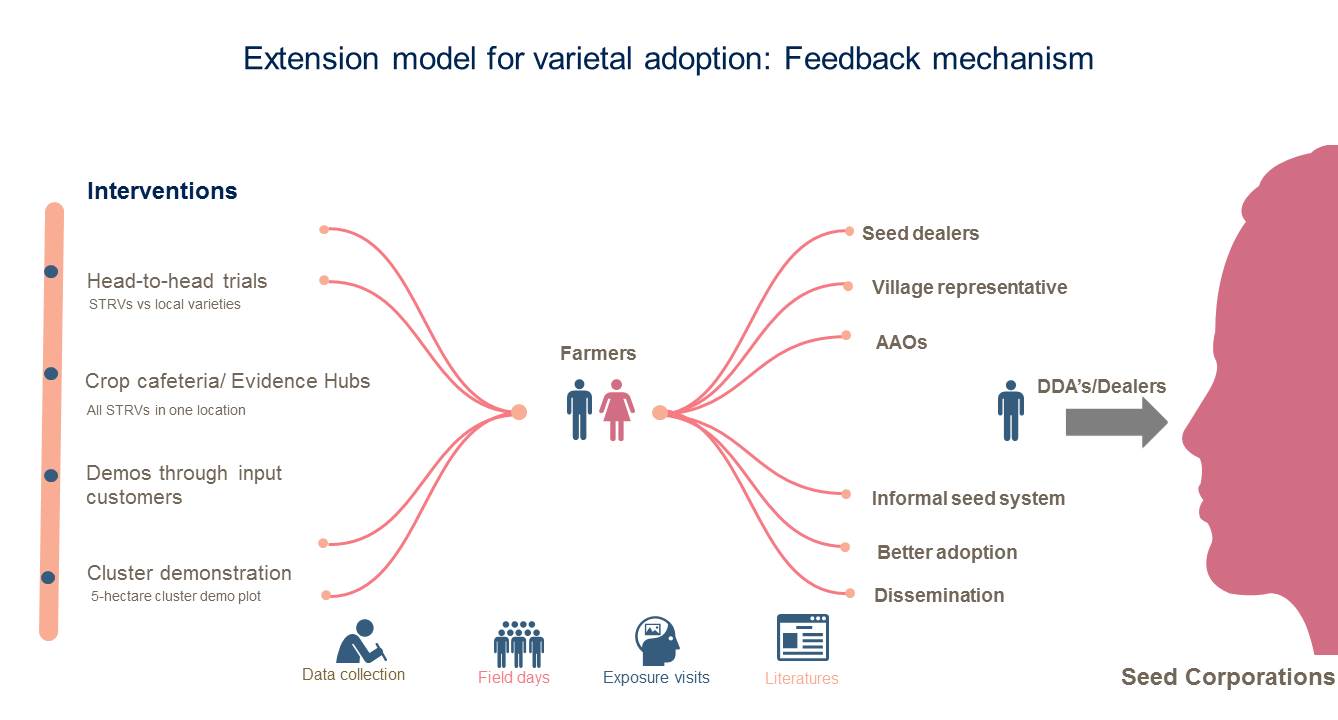 Head-to-head trials
Head-to-head trials in farmers’ fields are an awareness creation method for convincing farmers of the superiority of a variety. In this method, two varieties—a stress-tolerant rice variety (STRV) and a local variety—are planted separately in adjacent fields (or in a field divided into two parts) and cultivated using farmers’ management practices followed from seed sowing to harvesting.

Crop cafeteria/evidence hub
Because people’s priorities and incentives differ, the success of an intervention depends on the complex interaction of multiple stakeholders and institutions. In this method, the STRVs and other popular varieties are grown on a large tract of land where multiple stakeholders such as seed dealers, producers, district agriculture officials, scientists, and progressive farmers are invited to learn about the varieties and evaluate their performance.

Demos through input customers
Farmers often rely on input dealers or local seed shops when deciding on products that are available in the market. Because input dealers are one of the most prominent sources of information for farmers, they should be fully informed about new varieties and characteristics. One STRASA approach targets local dealers and input sellers and their network by providing them with the seeds of new varieties for testing.

In the past few years, these approaches have been widely implemented across eastern India and it is encouraging to see a growing commitment from farmers, seed producers, and other stakeholders toward STRVs.
____________________
Mr. Sharma is an M&E specialist at STRASA-South Asia. Dr.Dar is development specialist in agricultural research at IRRI India. Dr. Singh is the South Asia Regional Coordinator for STRASA.