Andrew Nelson and his team show us a glimpse of the world painted according to numbers, figures, and data. Here, in psychedelic hues, Dr. Nelson presents the economic engine powered by rice.

Value of rice production as a percentage of all crops

Rice agriculture has been described as the most important economic activity on Earth. Here, we map out the value of rice production (top map) and the total value of the world’s crop production for 120 crops (bottom left) to visualize the economic significance of rice. The maps were created by multiplying the international commodity price (in USD) for each crop against the geographic distribution of production (in tons per hectare) for each crop for the year 2005. In 2005, the value of the world’s crop production reached USD 919 billion—USD 128 billion of which (14%) came from rice. But, as the chart on the bottom right shows, the percentage value and, hence, the importance of rice vary from region to region. 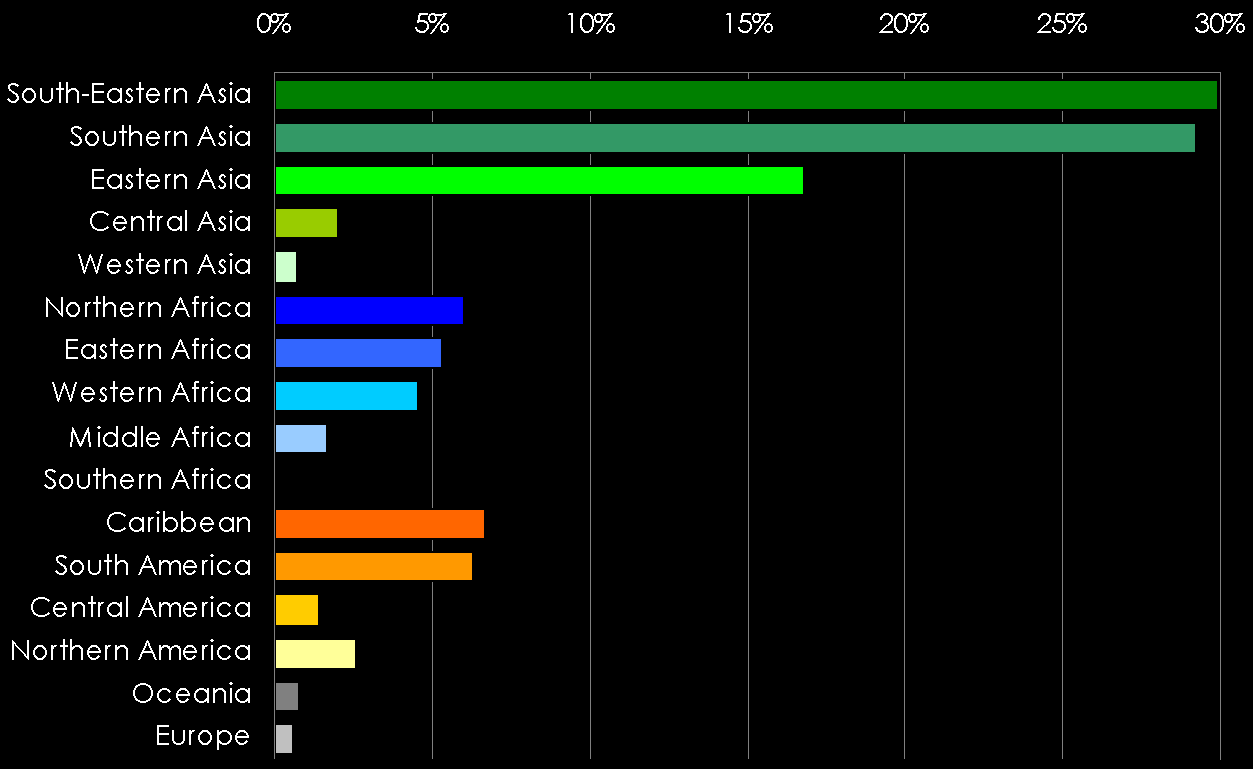 Value of rice production as a percentage of all crops

Download the PDF of this article: The value of rice