More than 65% of the 1.7 billion people in South Asia live in rural areas and rely on agriculture for their livelihood. Nearly, 70% of South Asians, which is one-fifth of the world’s population, consider rice as their staple food. With 41% arable land, the region produces more than 225 million tons of rice in different ecosystems, which can be categorized into three: irrigated, rainfed lowland, and upland. 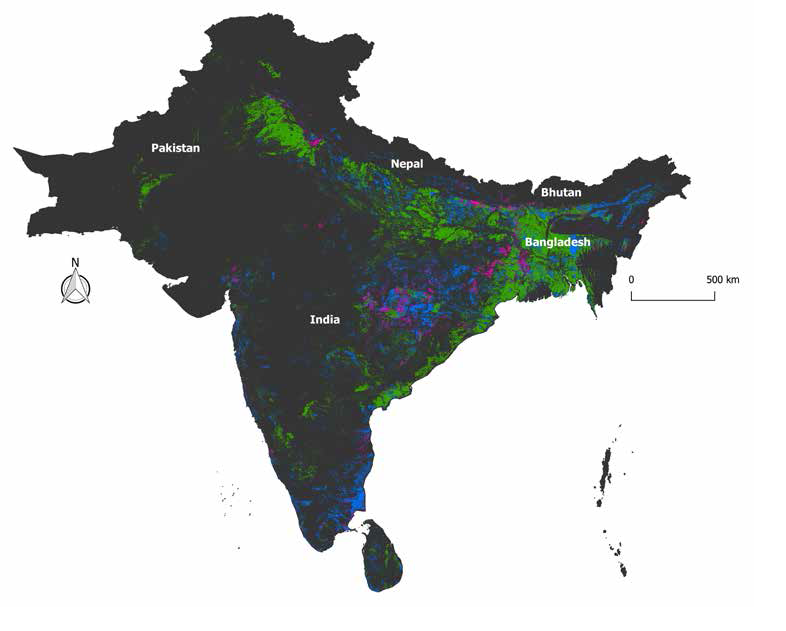 We overlaid the map of rice ecosystems (Fig. 1) with population maps to estimate the number of people living at or near rice-growing regions (Fig 2). Based on this assessment, 68% of the South Asians live at or near rice ecosystems: 45% in irrigated, 19% in the rainfed lowland, and 4% in upland ecosystems. Nearly 500 million people live on less than USD1.25 a day in South Asia. Many of the poor live in rice-growing areas with the highest density in eastern India and Bangladesh (Fig. 3). 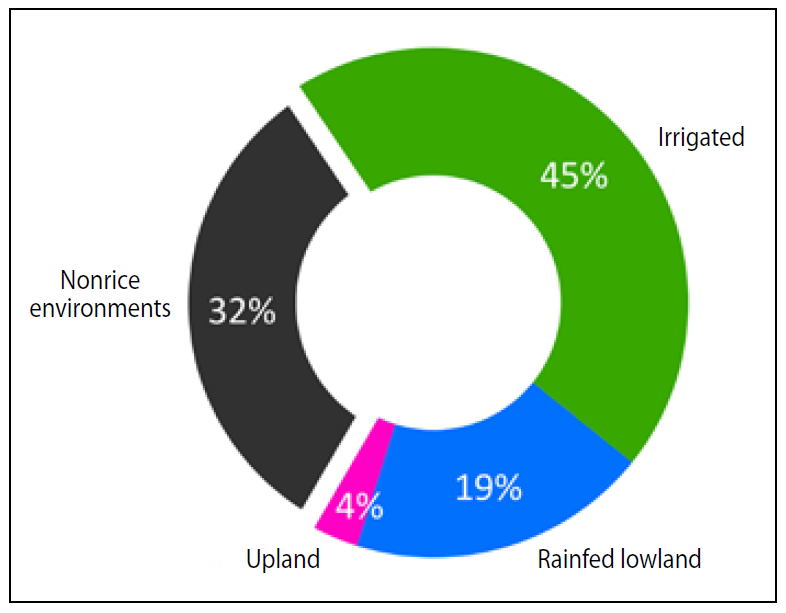 Population maps are important for measuring impacts of population growth, monitoring changes, and planning interventions (Tatem et al 2007). Such information can be used in better targeting of activities such as dissemination of improved rice technologies to benefit more, especially the poor. 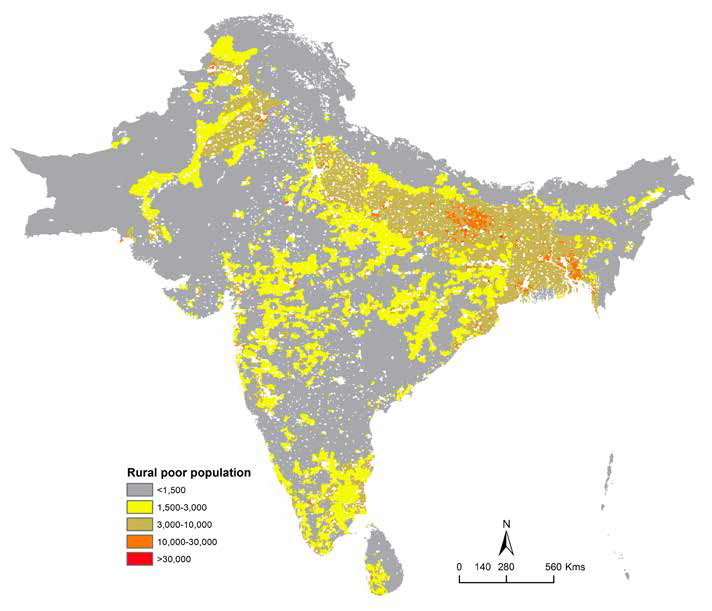