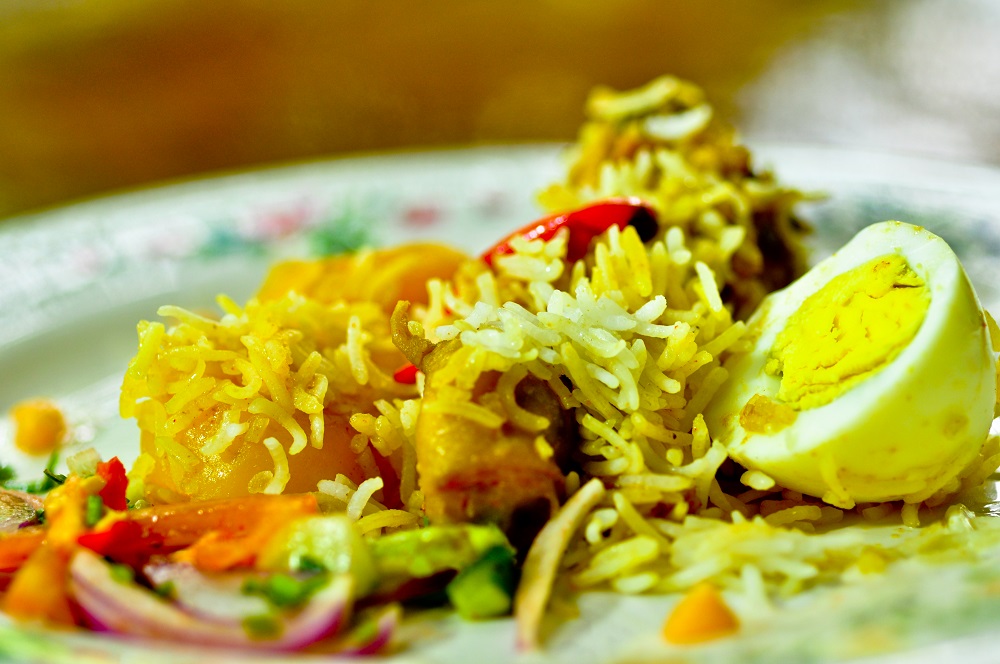 Biryani is a rice-based meal made with spices, rice (usually basmati), and meat, fish, eggs, or vegetables. The name is derived from the Persian word beryā, which means fried or roasted.

The dish originated from Iran (Persia) and was brought to the Indian subcontinent by Iranian travelers and merchants. Biryani is popular not only in South Asia but also in Arabia and within various South Asian communities in Western countries. It has many local variants.

The recipe presented here by Sam Mohanty, head of the Social Sciences Division at the International Rice Research Institute (IRRI), is a somewhat simplified Indian version of what he says can be a very complex confection.

Dr. Mohanty, who joined IRRI in 2008, is a widely published and award-winning economist with a knack for cooking for his family when he is not searching for the direction of the global rice market (see Rice Facts). 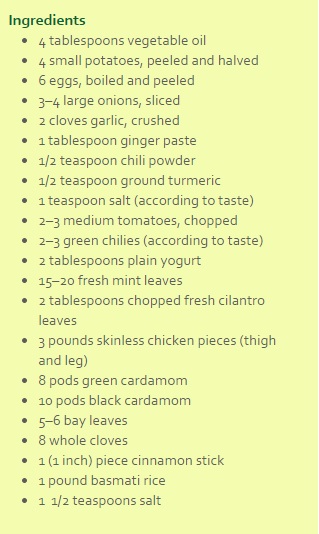