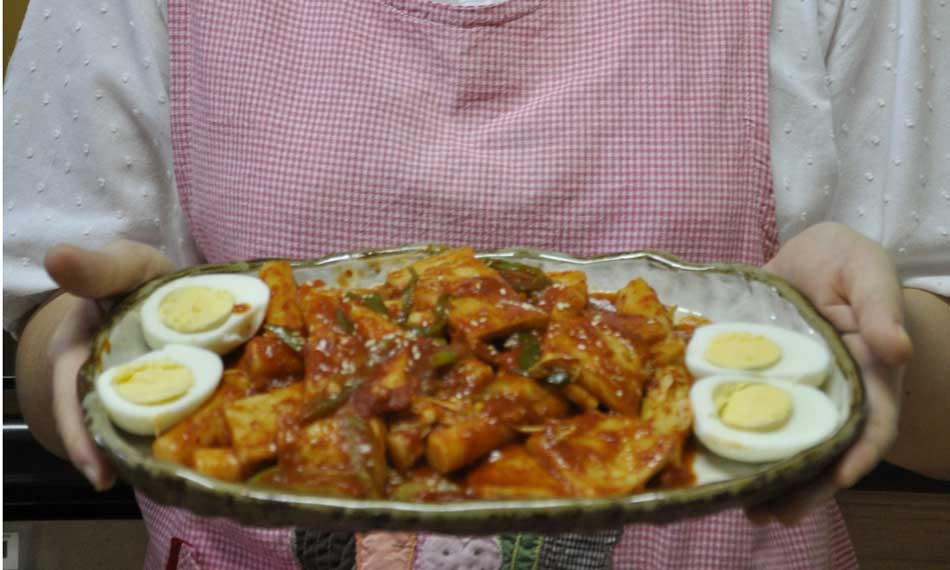 Tteokbokki is a popular Korean snack food, especially among students. It is served in many small eateries and restaurants located near schools and universities. Basically, it is made of garaetteok, a chewy, cylinder-shaped white rice cake, and is cooked in spicy gochujang sauce, a Korean fermented red chili pepper paste. It is available in several variations such as tteokbokki with noodles, tteokbokki with fish cakes, and tteokbokki with seafood, among others

Its other ingredients, which include eggs and vegetables, make it a healthier option than regular meals and other snack foods. This dish can be served with sliced boiled eggs or fried dumplings.

Jeehyoung left her job as a preschool teacher in Korea and moved to the Philippines in 2006 to join her husband, Joong Hyoun Chin, who works as a molecular breeder at IRRI. Aside from cooking for her family and friends, she spends some of her time painting and playing string instruments with her children.