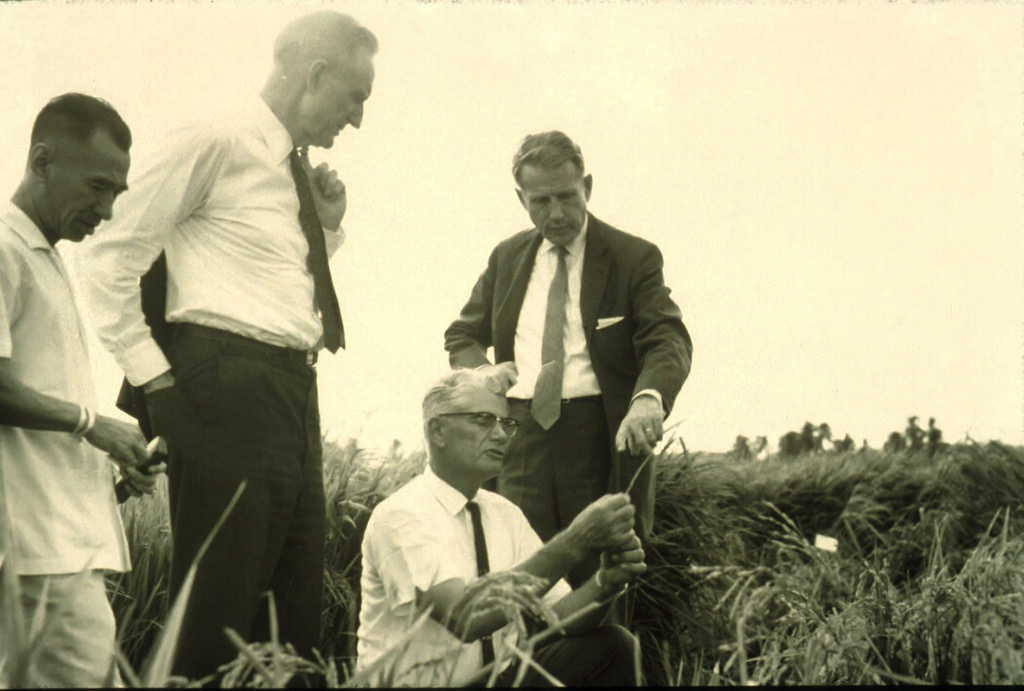 Forty years ago, a remarkable rice-breeding project culminated in the release of a rice variety under an unremarkable name — IR8.  This is the story of the research that would ultimately change the face of agriculture across Asia.

Asia was desperate for food after World War II. Only massive shipments of U.S. grain prevented famine. Rice was, and is, Asia’s lifeblood. That’s why the Ford and Rockefeller foundations pooled resources and, in 1960, established a modern research center to focus on the world’s most important crop: the International Rice Research Institute (IRRI), based in Los Baños, Philippines.

Robert Chandler, IRRI’s first director, assembled a team with a mission: to develop a high-yielding rice variety. IRRI scientists knew that the architecture of the tropical rice plant was the main constraint to yield increases. Traditional rice varieties are tall, with long, weak stems. When a farmer fertilizes a tall plant, it “lodges,” or falls over.Photosynthesis ceases, and grain rots in the water, or rats eat it.

A short, nonlodging rice plant that would convert nutrients to grain and hold the panicle (the terminal shoot of the rice plant that produces grain) upright — a dwarf or semidwarf — was needed to accelerate rice production.

IR8 changed the world food situation and initiated what is now called the Green Revolution in rice.