Today, the world’s population is growing faster than ever before and humankind faces an enormous task of producing enough food for all. 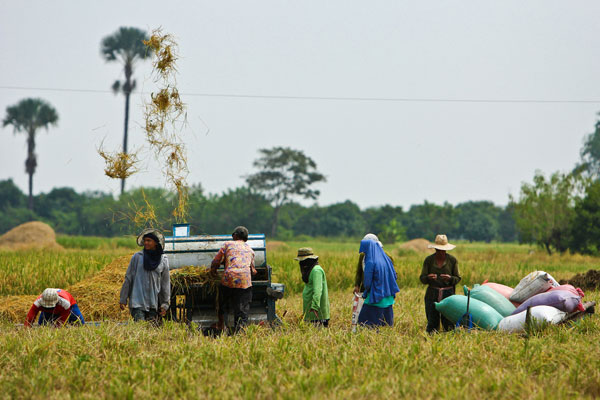 Smallholder agriculture is practiced by families (including one or more households) using only or mostly family labor, and, from that work, they derive a large but variable share of their income, in kind or in cash. In fact, smallholding is the foundation of food security in many countries and it is important in the socioeconomic and ecological landscape in all countries. With urbanization, integration, and globalization of markets, the sector is undergoing great changes.

We often confront contrasting visions based on national situations and trajectories. But, smallholding offers great opportunities for sustainable intensification. Thus, the challenge is understanding what smallholders need. From the 1960s until the last food security crisis of 2007-08, policies and trends in the economy were not particularly oriented to smallholder agriculture as they are today.

The visions were geared toward large-scale and industrial rather than small-scale agriculture. Despite, and perhaps because of, these policies, the global community is realizing that some of the major Millennium Development Goals set to expire in 2015 (notably poverty alleviation and eradication of hunger) will not be reached. Nearly 70% of global poverty is rural poverty, and many of the rural poor depend on agriculture. The same applies to hunger and malnourishment, which are often located in rural areas.

This points to a central solution: the livelihood of smallholders needs to be improved by achieving food security, overcoming poverty, and attaining economic development.

In this context, the United Nations has declared 2014 as the International Year of Family Farming. We urgently need to upgrade and finance national research and extension systems targeted specifically to the needs of smallholders. Smallholder farmers need the right seeds and the right machines for their field operations, food processing, and other value-adding transformations. International collaboration and the sharing of experiences in technology development for smallholder farmers should be promoted with a strong engagement, if not leadership, of smallholder organizations. With resources becoming less and less, especially farm land, the first goal is to increase land productivity, in volume or in value. Yield is the most common metric of productivity, particularly in areas where land is scarce. Many areas have a “yield gap,” the difference between actual yield and the highest potential yield.

Biotechnology has also opened up new avenues of research and offers a great promise and possibility for food security, improved human nutrition, and ecological security. Biotechnology programs should be based on societal needs and should have a careful blend of conventional technologies and advanced state-of-the-art technology. Now, researchers have identified some promising genes that confer stress tolerance. They have also mobilized some of these genes into transgenic systems.

For example, Asian countries, where most of the world’s rice is grown, have different agroecological zones, and micronutrient deficiencies such as iron and it is important to enhance iron content in highly adapted and specific native indica rice varieties.

A complex set of objectives

Another approach is information, education, and communication. Using different communication tools at different levels will help bridge the digital, gender, and knowledge divides. Since 1992, the M.S. Swaminathan Research Foundation has been developing village resource centers (VRCs) and village knowledge centers (VKCs). These centers mainly provide need-based, local and specific, demand-driven information content by collecting secondary data and need assessments, organizing training and awareness programs, and linking with several leading institutions and organizations so that the content can be translated into something that can be used in fields.

The list of possibilities is long. But, together, we must tackle a more complex set of aims to include climate, energy, environment, biodiversity, and resource management as well as old ones such as productivity and production to promote diversification, and guarantee food and nutrition security to all citizens in a sustainable way.

Dr. Swaminathan is the founder chairman of the M.S. Swaminathan Research Foundation. He is a former IRRI director general and is known as the father of the Green Revolution in India.

This edited version of the article is reprinted with permission from Farming’s Future magazine and the author.