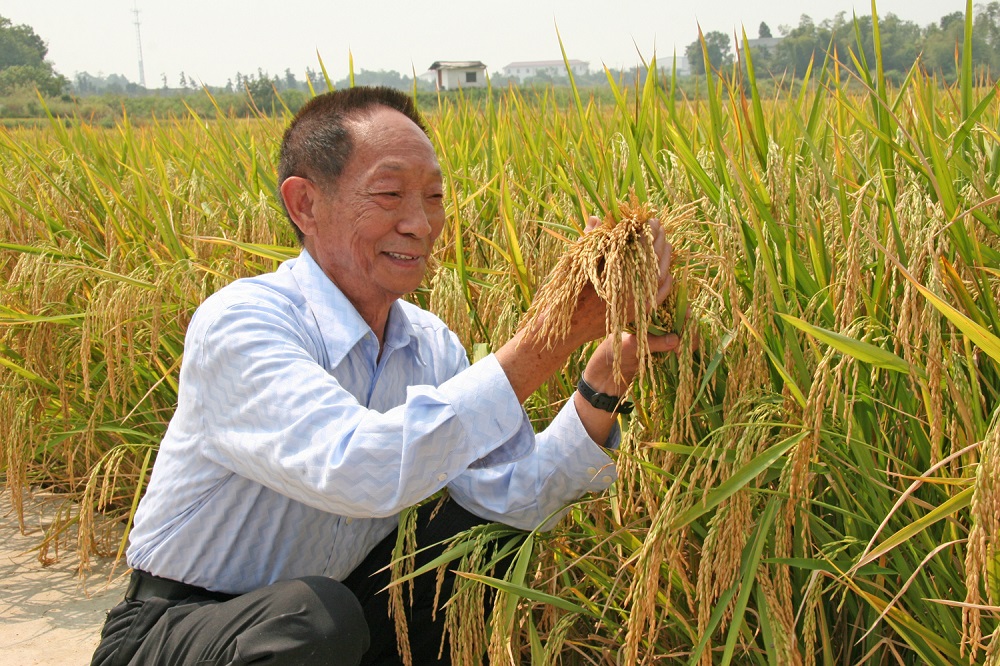 Replacing half of the rice-growing areas in the world with hybrid rice varieties with a 2 t/ha yield advantage could feed 400‒500 million more people each year.

Rice is the main food crop that feeds more than half of the world’s population. Therefore, it plays an essential role in food security and poverty alleviation.

Theoretically, rice still has a great yield potential to be tapped and there are several ways to increase rice yield. Based on successful experiences in China, the most effective and economical means is by developing hybrid rice.

It has been proven for many years that hybrid rice has achieved more than a 20% yield advantage over improved inbred varieties. In recent years, hybrid rice has covered 17 million hectares (ha) or 57% of the total rice area in China, where the nationwide average yield is 8 tons per hectare (t/ha)—about l.7 t/ha higher than the yield of inbred varieties (6.3 t/ha). The yearly increases in grain production in the country, because of the growing cultivation of hybrid rice, can feed 70 million people annually. Therefore, hybrid rice has been playing a critical role in solving the food problem in China, making it the largest country self-sufficient in food. (See Q&A with the Father of Hybrid Rice)

Hybrid rice has also been proven to be a very effective approach for greatly increasing yield outside China. The use of hybrid rice has been spreading commercially throughout the world in India, Vietnam, Bangladesh, Pakistan, the Philippines, Madagascar, and the United States, where hybrid rice occupied more than 7 million ha in 2016.

If half of the rice-growing areas in the world are replaced with hybrid rice varieties with a 2 t/ha yield advantage, it is estimated that total global rice production would increase by another 150 million tons annually. This could feed 400‒500 million more people each year. This would truly be a significant contribution to ensure food security and peace all over the world.
____________
Prof. Yuan is the director of the China National Hybrid Rice Research and Development Center. He will also be a keynote speaker at IRC2018.

5 Comments so far. Feel free to join this conversation.