Climate change-ready rice varieties are a milestone in doubling the income of Indian farmers. 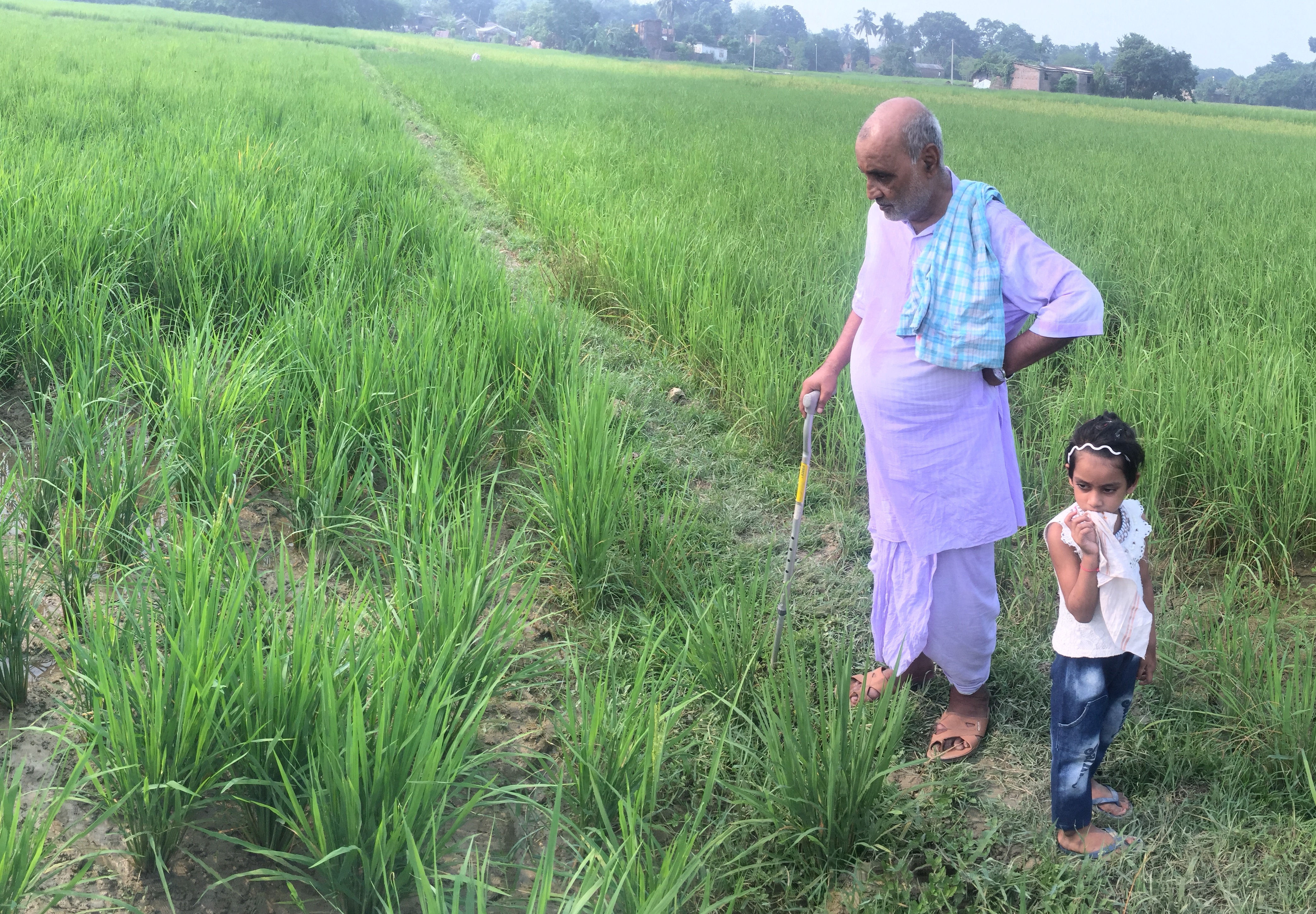 The challenge to double the income of smallholder farmers by 2022 requires a comprehensive strategy that includes stabilizing and enhancing crop production under adverse environmental conditions. Flood, drought, and salinity are among the major constraints to crop production, especially in rainfed areas of eastern India.

About 5 million hectares of land planted to rice in eastern India are prone to flooding. Although major flash floods do not occur every year, farmers are constantly in danger of losing their crops when these do occur. Under submerged conditions, rice plants die within days and farmers lose an estimated 3 tons per hectare. For decades, smallholder farmers in flood-prone areas could do little as floodwater inundated their rice crops.

Scuba rice makes a splash
In 2009, the International Rice Research Institute (IRRI) and its partners developed rice varieties that carry the SUB1 gene. This gene originated from a low-yielding traditional variety grown in limited areas in the Indian state of Odisha and it enables rice to survive submergence for as long as two weeks. Given this ability to tolerate flooding, the varieties are also called Scuba rice.

In 2010, IRRI, through its partner agencies, started disseminating Swarna-Sub1 seed to farmers in the region. Swarna-Sub1, a flood-tolerant version of the popular variety Swarna, is the first high-yielding Scuba rice in India. Field trials conducted in Odisha showed that yields of Swarna-Sub1 could be 45% higher than those of Swarna even when it was submerged for up to two weeks. Indian farmers have been cultivating Swarna-Sub1 at unprecedented rates. By 2013, more than 1.7 million hectares of flood-prone land in India were planted with the variety. This initiative enables farmers to obtain higher yields not only after adverse conditions but also when no floods occur. 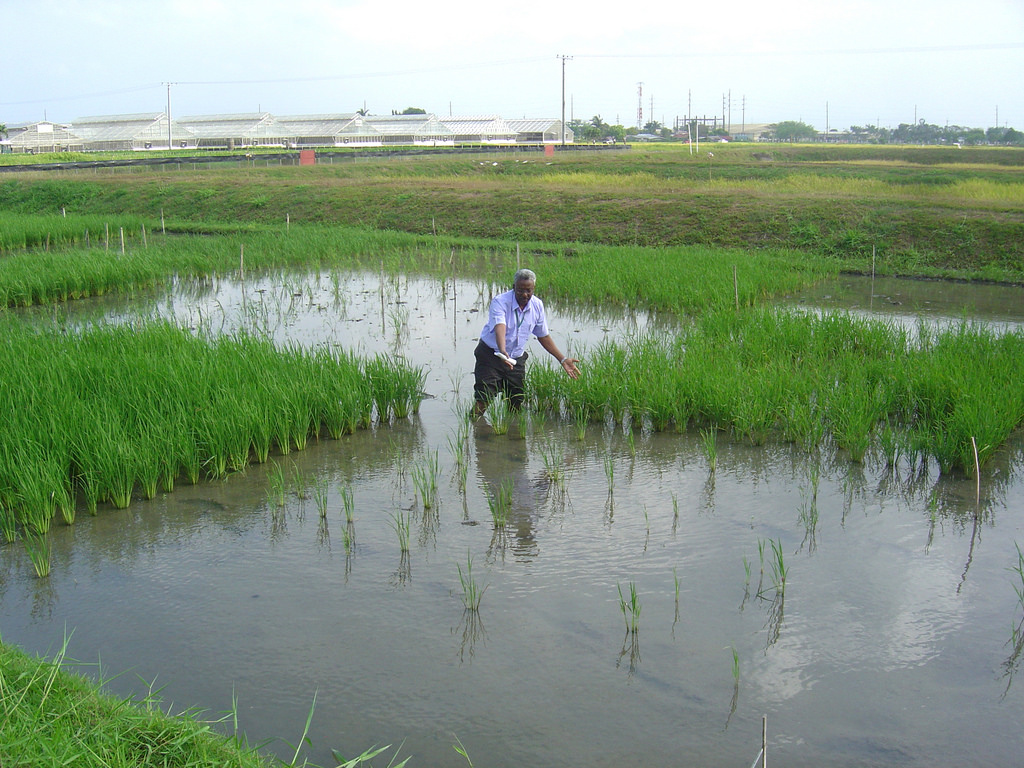 Against the current
In Bihar, the flash floodwater typically recedes within 8 to 10 days. However, the damage to the rice crop remains devastating. In 2017, Bihar and Uttar Pradesh experienced a major flooding event—the worst in several years—as rivers overflowed their banks.

In the Madhubani Region in north Bihar, stretches of rich farmlands were rendered barren due to flooding caused by the Kosi River. Although many farmers of the region lament the devastating result of the flood, others, such as Maha Jha, 49, from Singhia Village, have a different ending to a familiar story.

“It started with heavy rains and the downpour continued for many hours,” said Mr. Jha, recalling the days before the flooding. “The water level from the rivers started rising, completely submerging our crops for 15 days.”

He cultivates traditional variety Malhar on his nearly 1-hectare farm and purchases his seeds from the market every year. In 2017, he bought Swarna-Sub1 seed based on a vendor’s recommendation. It was a decision that paid off.

“I lost hope of harvesting anything from my plots,” Mr. Jha said. “But, as the water receded, the Swarna-Sub1 plants started growing again while the local variety showed no signs of recovery. I applied urea fertilizer in the Swarna-Sub1 plot and I am truly happy to see its growth now.”

“I’ve been growing Swarna-Sub1 on my farmland of about 1 hectare for more than six years,” Mr. Jha said. “I started planting this rice variety in 2011. Although we have not experienced any major floods in my village since, I continued with Swarna-Sub1 because of its high yield. With the recent flood, all other varieties in my field, mainly hybrid and local, died. The Swarna-Sub1 withstood the floodwater for 12−13 days.”

Floods ravage the village of Samhauta in Bettiah, Bihar, almost every other year. Many people are displaced and thousands of hectares of standing crops died.

“My village has been flooded several times in the past 10 years,” said Anand Singh, 42. “This is why I continued planting Swarna-Sub1 when other farmers started planting hybrid rice and other varieties. In the 2017 flood, their crops were dead while you can see the standing crop in my field.”

“This flash flood of 2017 has been more destructive than any flood I can remember,” said Hardev Mishra, 39, a farmer in Malwar. “Farmers in this region grow hybrids and other high-yielding varieties. All these died out. Luckily, I obtained seeds of Samba-Sub1 from the Krishi Vigyan Kendra for trial purposes. This variety stood out and survived. It’s the only crop that survived the floods in the entire village.”

Rice for the new normal
The effects of climate change are already being felt in eastern India with the rising extreme weather conditions. Although hundreds of rice varieties have the potential to give high yields under normal conditions, their performance suffers when exposed to environmental stresses that hurt farmers’ livelihood. Varieties tolerant of conditions such as floods can be an important part of increasing the productivity, resilience, and income of smallholder farmers.

Stress-tolerant varieties are being disseminated in India, Bangladesh, Nepal, Kenya, Tanzania, Mozambique, Nigeria, Madagascar, and others through the Stress-Tolerant Rice for Africa and South Asia (STRASA) project. STRASA is a project of IRRI and the Africa Rice Center and is funded by the Bill & Melinda Gates Foundation.

The impact of stress-tolerant varieties is also spilling over to the Philippines, Cambodia, Lao PDR, Indonesia, and Myanmar. STRASA aims to raise yields in stress-affected areas by 50% over 10 years through improved cultivars and management, benefiting an estimated 18 million households in target countries.

Mr. Sharma is an M&E specialist at STRASA-South Asia. Dr. Zaidi is a plant pathologist and Dr.Dar is development specialist in agricultural research at IRRI India. Dr. Singh is the South Asia Regional Coordinator for STRASA.