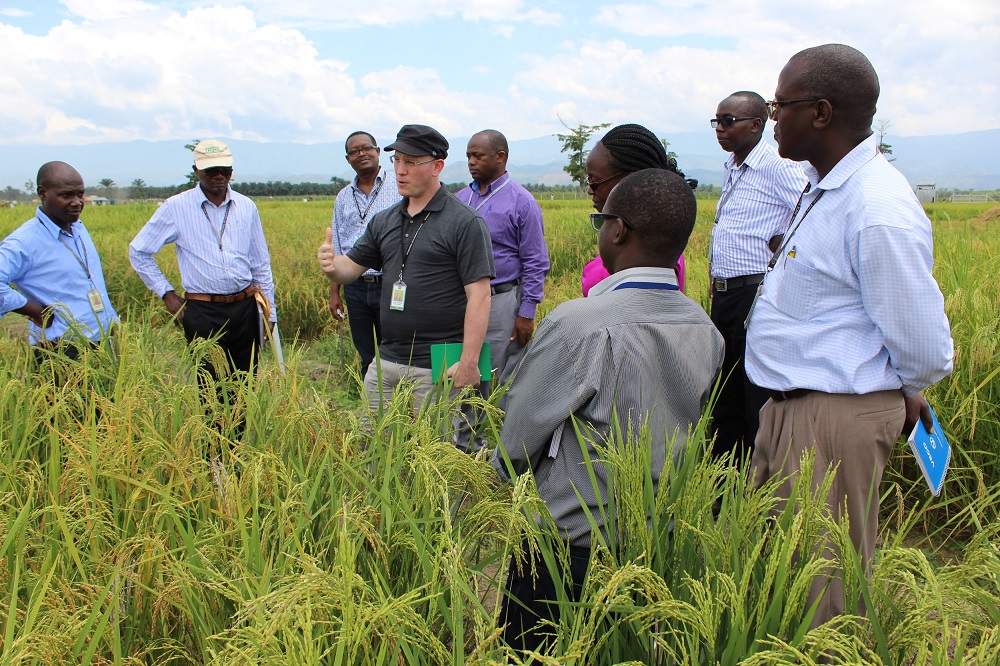 IRRI has worked in Burundi since 2008 to enhance national capacity in breeding and research on rice and rice-based systems in the country. These will amplify inter-regional knowledge sharing and capacity building to pave the way for global solutions to local challenges. (Photo: IRRI)

Burundi has recently approved the release of the three improved rice varieties that are expected to benefit hundreds of thousands of the country’s poor farmers.

There is a growing need to boost domestic rice production in Africa as the demand for rice in the continent increases. Many African countries rely on imported rice to meet their growing consumption needs, according to the Food and Agriculture of the United Nations. The agency describes the situation as posing “serious food security challenges since rice is now recognized as a priority and strategic food security crop for the region.” This makes efforts to further increase production through better performing varieties that are climate resilient, pest tolerant, and disease resistant more urgent.

Although Burundi, where rice has become an important commodity, has increased its rice production by 316% between 1984 and 2011, the country still imported about one-third of its rice in 2010. Most of Burundi’s poor are small-scale farmers.

The International Rice Research Institute (IRRI) has worked in Burundi since 2008 to enhance national capacity in breeding and research on rice and rice-based systems in the country. These will amplify inter-regional knowledge sharing and capacity building to pave the way for global solutions to local challenges.

“Before growing IRRI varieties, we have been using ones that are late maturing, low yielding, have poor grain quality, susceptible to diseases, and respond poorly to fertilizers,” says Spes Nyandwi, 48, a rice farmer in the Gihanga area for over 25 years.

Leading a joint research team from IRRI, the University of Burundi, and the Institute for Agricultural Science, IRRI rice breeder Alexis Ndayiragije has evaluated the rice varieties in test sites across the various agro-ecological zones in the country.

“We looked at how these varieties responded to the rice-growing conditions of Burundi,” Dr. Ndayiragije says. “We found that the varieties consistently demonstrated high yield and resistance to prevalent pests and diseases. This would help our farmers cope with various agriculture-related challenges they are facing in Burundi.”

The Ministry of Environment, Agriculture and Livestock has recently approved the release of the three IRRI-Burundi improved rice varieties.

“We organize participatory varietal selection activities in our experimental field in order for us to assess what our stakeholders need and prefer in a variety even at the early phases of the breeding cycle,” says Joseph Bigirimana, the IRRI country representative to Burundi.

“Before, researchers did not consider the farmers’ opinion,” says Mr. Nyandwi. “They only gave us varieties without taking into account of what we really need. What we need are early maturing varieties that make it easier to have two cropping seasons or plant other crops in rotation. We need high-yielding varieties, one that is aromatic and has long grains. This would cater to the demand and increase household income.

“It is good that IRRI involved farmers in choosing the varieties,” he says. “Because of it, we are able to claim these varieties as our own and we are able to explain its advantages to other farmers ourselves.” 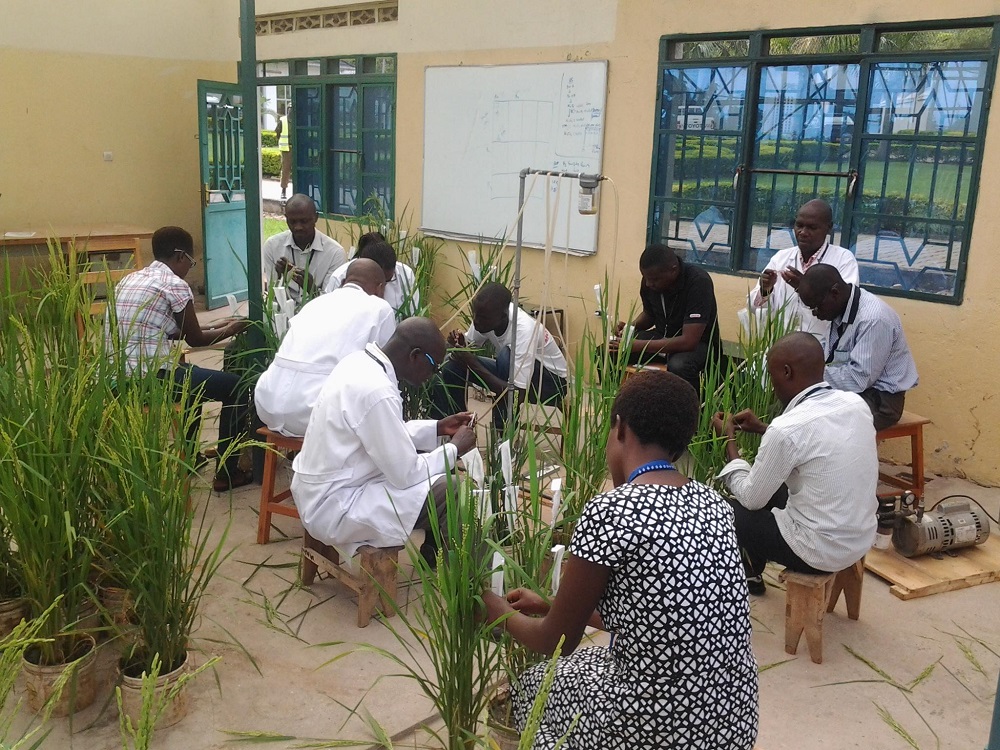 Accelerating impact
To be more responsive to the need of farmers to replace their old varieties, IRRI has sped up the breeding process through the Rapid Generation Advance (RGA) method. Traditional breeding cycles may reach up to 10 years to develop a variety. The RGA method is able to cut it down to 4-5 years.

“Through our cutting-edge technologies and collaborative efforts in rice research, we can accelerate the delivery of improved technologies for the rapidly growing needs of the African rice sector, thus ensuring a more food-secure future for those who depend on rice,” Dr. Bigirimana adds.

Aside from the varieties released this year, IRRI has contributed five varieties to the Burundi seed system for lowland irrigated ecosystems since 2011. These varieties are Vunizara, Gwizumwimbu, Mugwiza, Kazosi, and Musesekara. At least 150,000 smallholder farmers could benefit from these new rice varieties.

There are more farmers using IRRI varieties, covering more than 90% of the total irrigated lowland area in Burundi, according to John Kennedy Samaniro, the acting director general of the Regional Society for Imbo Development.

“As a result, farmers are very happy,” Mr. Samaniro says. “They are able to send their children to school, nourish them, and keep them healthy.”

IRRI is looking into having the varieties, especially BR11 Sub1, approved in other African countries that face similar challenges in rice production.

“IRRI envisions a strong regional cooperation between Africa and South Asia which will boost inter-regional knowledge sharing and capacity building, and hasten the transfer of technologies or improved varieties,” says Dr. Abdelbagi Ismail, the IRRI regional representative to Africa.

Mr. Barradas is a communication specialist at IRRI