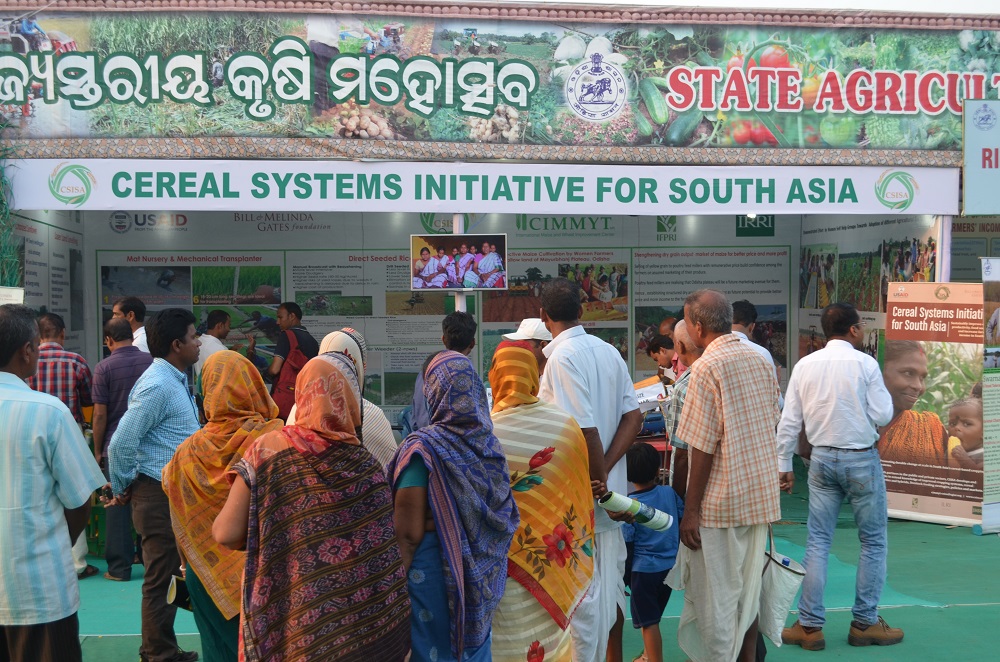 Sustainable intensification is an approach that uses advanced technologies to produce more food while using fewer natural resources. To achieve these goals, CSISA identifies and adapts promising technologies for local farming systems to build up and diversify agricultural production systems in impoverished areas.

The agri-fair, held in Bhubaneswar on 10-13 April, was organized by Institute on Management of Agricultural Extension and the Department of Agriculture & Farmers’ Welfare of the Government of Odisha.