Lightening round
Note: Bob was supposed to give “short” responses as I mentioned various issues and topics in rapid-fire fashion. He failed at this more often than

Future of food security in the world. Assuming we allow the broad use of technology, I think it’s very comfortable.

CGIAR. Possibly in its death throes unless very hard decisions can be made around focus within the system. 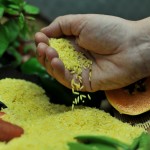 Golden Rice and related GMOs. I hope Golden Rice will be adopted regardless of the development of the concept of using genetically modified organisms (GMOs) for betterment of mankind and the poorest of the poor as the beneficiaries. It exposes the emptiness of the criticisms that GMOs and technology can only be bad. I think, in the end, Golden Rice will go down in history as being a transcendental application of genetic engineering.

Climate change. We will adapt to climate change whether we like it or not. The nature of our adaptation—who wins and who loses—is entirely up to us. We won’t be short of food supplies because of climate change if we use our technology wisely. 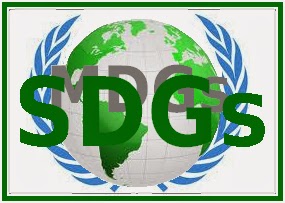 Millennium Development Goals and Sustainable Development Goals. I think it’s very important that we articulate where we need to be going and should be going. There’s always a risk that we spend far too many resources on elaborating these goals because once they are elaborated, we walk away from them; don’t implement them.

System of Rice Intensification (SRI). A tremendous example of the power of communication and dedication of what one individual [Norman Uphoff] can do to get an idea to move forward. It is a great example of the power of getting messages to the farmers and getting farmers to pay attention to their crops, particularly in remote areas. In that sense, it is a great positive contribution.

Public sector. It is unbelievably important to overcome market failures. There are certain areas of work that are so difficult and the benefits of which are so diffused that the collective private sector will not engage. The public sector, for its own good, again may be avoiding the tragedy of the commons. People must come together and recognize that, for the benefit of all, some kinds of work need to be undertaken and that all should pay for it. That’s the public sector. 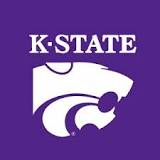 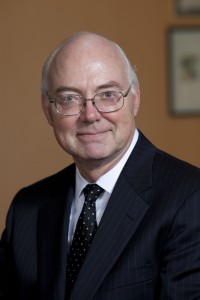 Kansas State University. It is one of the great land grant institutions. Some great folks are there doing some great work, plagued by really, really bad senior leadership for a long time—unfortunate, sad, but true. It is the home, I think, of one of the great agriculture deans whom I’ve ever interacted with, Mark A. Johnson [now president of the University of Nevada, Reno]. He is an unbelievably intelligent, visionary, thoughtful person who helped me to understand a lot about conservative mentality. Mark is a good Republican. I’m an old-school leftie, but I got along with him tremendously. I have the greatest respect for him. As a good Republican, he likes to hire liberals because he wants to have all the good ideas around him. He has a good sense of humor. He is a tremendous visionary.

Cornell University. I wouldn’t be anywhere without Cornell. It was a great stepping stone for me. The name, Cornell, carries a tremendous weight with it. Unfortunately, it seems to have lost its way a little bit in terms of international agriculture, living a bit too much off its reputation. I think it will probably come back. Dave Thurston [professor of international agriculture and plant pathology there] was a wonderful guy and adviser; he opened many doors for me. I have many colleagues there. I could not have been anywhere close to where I am today without the experience at Cornell. 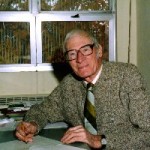 Oregon State University. Oregon State opened my eyes to what graduate education could be. Don Zobel was my major professor. I was unbelievably fortunate to take a forest pathology class from Lew Roth [photo]. He was one of the great fathers of forest pathology. Among all the people I’ve ever worked with, he excited me about the beauty of what plant-pathogen interaction is. I was newly-married then—a wonderful, wonderful time to be alive and be exposed to what education can be. 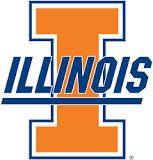 University of Illinois. It was greatly underappreciated, at the time, by me. I took it for granted. Turns out I got just an outstanding education. As I mentioned earlier, by just probably pure luck, I ended up with a set of courses and educational experiences that was probably equivalent to the best of the smaller Ivy League schools such as Harvard, or Yale. I didn’t appreciate what I was getting at Illinois.

I mentioned earlier I took the world’s first French course there taught by a computer. I was back there to give a talk a few years ago. They got so much money coming from alumni—for buildings and other things. I walked into the lobby of the Computer Science building where they had transformed a huge atrium into a museum. As part of the museum, on display, was one of the consoles that I had sat at to take my first French class taught using the Plato system. It’s pretty disappointing when you go into a museum and one of the displays is something that you used. 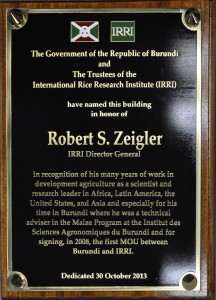 Burundi. Working in Burundi with a national program for the first time gave me my first real responsibility—where they really couldn’t look to anybody else. I had a young family there. My telex number was 3; of course, everyone remembers what telex is—right? It was during the hiatus between two unbelievably grizzly series of genocides or massacres in the early 1970s and then the late 1990s. We were there during a very peaceful time. 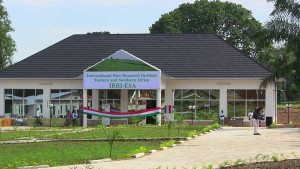 IRRI’s headquarters in Burundi for the Eastern and Southern Africa hub. Photo by Gladys Ebron, IRRI.

It was very magical for my wife and me. We really enjoyed it tremendously and made close friends there. It was, to me, a sense that you could conduct agricultural research that was scientifically meaningful and relevant to farmers. I did some work that convinced me that science and development were not at opposite ends. You could ask important questions that are relevant to the needs of the small farmers. I love the country. Our regional rice research and development hub (new building in photo) was placed in Burundi for very good technical reasons. I won’t deny that I was easily convinced to put IRRI’s hub there because I think I owe a personal debt to Burundi because I learned so much when I was there and I think that the people and the farmers deserve the benefits of what we can do in rice. I would like to see a similar thing for the DRC [Democratic Republic of the Congo], which is where I got my start in development.