When I asked the farmers how many of them wanted their kids to be rice farmers, every single one raised their hands. They want at least one of their kids to keep the farm going. They expected that the children would work in Ubon or Bangkok, but they wanted to keep the farming going and the kids liked to come back on the weekend at harvest time to help on the farm. 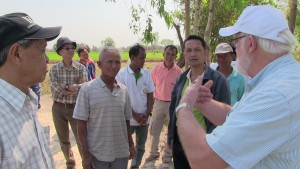 It was a very different attitude from what I’ve found elsewhere in Asia [See Web page 7]. What’s the difference? Well, in fact, those farmers can make good living growing rice. There has been a lot of bad press around Thai government policies providing high rice prices for farmers that was a ploy to buy votes or to get the farmers in the rural sector to support a certain politician. That’s probably true. But on the other hand, that money did go to the Northeast; that money did go into farmers’ pockets; that money did improve the livelihoods of farmers. People ask, “Why is a certain politician still popular in Thailand?” I reply, “Take a trip to the Northeast and see why somebody is popular.” Now, economists will say these are bad policies and that there is good evidence that this has led to corruption. All of that is probably true, but the fact of the matter is that the farmers benefit and it’s obvious to anybody who’s been going to that area over the past 20-30 years. So, maybe some people can benefit from corrupt politicians. Stranger things have happened, I can tell you that.

Japan. I was first introduced to Japan through our then board chair, Kei Otsuka. He was the guy who can be held responsible for the Zeigler “mistake.” He was the chair when they hired me. We spent a lot of time trying to successfully cultivate additional support to IRRI from Japan. Japan has been a long-time supporter of IRRI—one of our most important donors over the years. In recent years, they cut back their general assistance. Although IRRI suffered from that, we’re still highly viewed within the Japanese government as a reputable institution. Kei and I worked together to find alternative sources of funding from Japan and we were quite successful. They’ve given us quite a bit of support outside the normal channels. 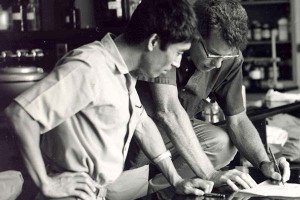 It’s a pleasure working with Japanese scientists and institutions. We have always had a number of Japanese scientists working at IRRI. Those folks end up being great ambassadors for us back in Japan. They’ve been just outstanding scientists. Peter Jennings credits the creation of the ideal plant type of IR8, not to himself but to his Japanese colleague, Akira Tanaka (at left in photo with him). According to Peter, this physiologist was the real brains behind IR8’s plant type. In addition to Tanaka in the early days, we also had Shouichi Yoshida, the physiologist who replaced Tanaka in 1966, and Kenzo Hemmi, the internationally acclaimed agriculturist who served as chair of the IRRI BOT in 1984-88.

China. This country has always been a bit of an enigma for us. As China was opening up in the early 1970s, IRRI was among the first institutions that had any kind of contact as the Cultural Revolution began tailing off as things started to stabilize and open up. IRRI was one of the first key institutions to come in to exchange germplasm. In the 1980s, the China National Rice Research Institute (CNRRI) was modeled after IRRI and we made significant intellectual contributions into its design early on. The restorer lines that make the hybrid rice program in China possible came from IRRI. Without those restorer lines, there would have been no hybrid rice in China. This was something that was not generally acknowledged until about 10 years ago. So, we’ve had very, very good relations with particularly CNRRI and the Chinese Academy of Agricultural Sciences (CAAS), and a number of the provincial Academies of Science. Our scientific relationship with China has been very productive. 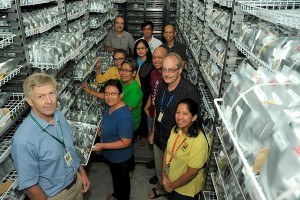 As China has become increasingly wealthy, we have been trying to convince the Chinese that maybe they could give some financial contributions to IRRI, but so far, we have not been very successful. Having said that, IRRI has maintained its scientific relationship at very high levels. In 2014, the Institute’s 3K RGP team (in photo) with CAAS and the Beijing Genomics Institute have sequenced 3,000 rice genomes—just a phenomenal achievement. This is going to be a source of discovery in rice science, rice biology, rice genetics, and rice improvement that will be yielding results for decades to come. It’s a pretty exciting time for rice scientists. I’m reasonably comfortable saying that if IRRI had not been involved, the project never would have happened and again I’m very justifiably proud of the leadership that IRRI has shown in many of these areas, not just sequencing of 3,000 genomes. It’s just one example of our global leadership.

St. Louis Cardinals [Bob’s favorite U.S. baseball team]. The Cards are something. The Cards are the real thing. It’s the Cardinals and the Yankees and the Dodgers that are baseball. Maybe Boston, but they are a bunch of losers. And those Ohio teams [Indians and Reds], you can tell them to take a walk [a dig at the interviewer who is from Ohio]. It’s the Cards; they are the real thing. Harry Caray [sportscaster] before he was with the [Chicago] Cubs, Stan ‘the Man” Musial, Lou Brock, come on, these guys are the rocks of baseball. And those hot Midwest nights—humidity, crickets, listening to a ballgame on the radio, pennant race, St. Louis Cardinals; it doesn’t get much better than that. 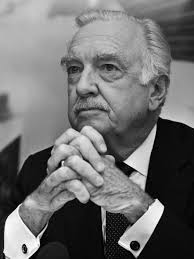 Fox News and Walter Cronkite. FNC is a serious, serious, serious flaw in the American psyche. It is a cynical approach by some to manipulate the fears of others. I just think it’s a great tragedy. Look at journalists like Walter Cronkite who had the trust of the American people, who was a patriot, and who communicated the news in a way that informed the public and that people could rely on. Now, look at the same media being distorted by the characters on Fox News. It breaks my heart, breaks my heart. 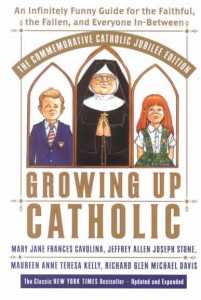 Growing up Catholic. You got to blame somebody. So, I blame the Church. I sometimes say I’m a recovering Catholic. I always read the news stories about the Pope and what’s going on at the Vatican. [Bob actually attended several meetings—most recently the Working Group on Bread, Brain, Education and Poverty—in the Vatican in his capacity as IRRI DG as the photo sho 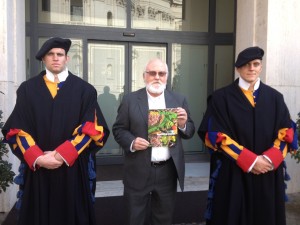 ws him flanked by two Swiss guards.] I’m not particularly religious anymore. I think if there’s a God, He and I’ll sort it out when I’m dead; if not, we won’t. The Church, frankly, is primarily interested in promoting the interest of the Church, which is too bad because there are some good people. The current Pope [Francis], I think, is a great, great guy and he is trying to use the tools and the instruments of the Church in a very, very good way. I wish him the very best If there’s anything I can do, I’m happy to help. Growing up Catholic, you have a lot of guilt. However, my time attending a Catholic school was transformational for me; I’m grateful for that.