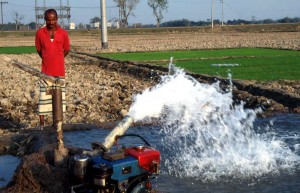 Water. It brings to mind a line from Johnny Cash in his album At Folsom Prison. He gets a glass of water from the warden and he takes a sip—‘Brahhh, yup, that’s water alright,’ implying that it’s better to drink something else. 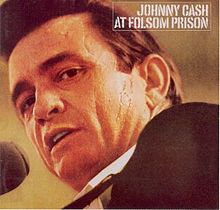 That was the first thing that came to mind when you said “water,” unfortunately, that’s my answer. Yes, water, rice—all aspects of life!

Convenient convergence and an inconvenient divergence. Yes, that’s my line and it’s a good one, I think. I used it with my first realization that the work we are doing for the poorest of the poor—developing rice varieties tolerant of drought, flooding, heat, salinity—is exactly the same kind of work we need to adapt to climate change. The convergence of the agenda of meeting the needs of the poorest of the poor while addressing the future challenges of climate change, I thought, was a very convenient convergence of agendas. And it should enable us to generate support from a multitude of donors with different agendas. 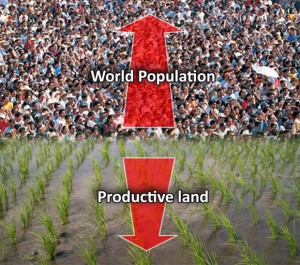 [Editor’s note: I came up with “inconvenient divergence” where population continues to increase as productive agricultural land continues to decrease. Bob: Yes, and I say that we counter that by making the productivity of the area of land increase and that’s a challenge for us.]

Program, which has transformed the way biotechnology research operates. Single-handedly, they did that, making rice a model system. Other colleagues coming out of the Foundation—Bob Herdt, Gary Toennissen, John O’Toole—I admire to this day. They have rendered an unbelievable service and should be recognized; I hope they will be. 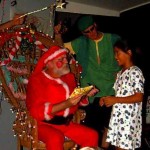 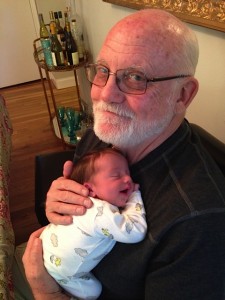 Being a grandfather [with new granddaughter Willow in the photo]. Unbelievable. Everybody says it’s a great experience, but until you become a grandpa you don’t know. It’s transformation, and I look forward to years and years of being a doting grandfather and it gives me a thrill that I did not think was possible. 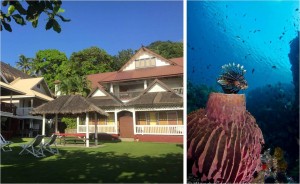 Scuba diving at Arthur’s Place [in Anilao, Batangas, Philippines]. It opened an entire new world. I really love seeing a whole other part of the planet and appreciating it, pretty humbling in terms of the diversity of life and how, for all of that life, we are completely irrelevant. There’s nothing like swimming around in a tropical coral reef with the fish and the unbelievable biological diversity and realizing that all of that life predates human civilization by millions and millions of years. Aside from the pollutants and the temperature change that we might induce, we are 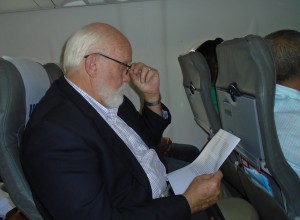 Spending time on a jet plane. I spend far too much time on jet planes. I watched too many bad movies. I tried to do too much work and didn’t sleep nearly enough. I never ever talk to my seatmates. [That’s true; on a flight to Jessore, Bangladesh, in September, Bob spoke barely a word to me.]