In the 1990s, pulling together a group of incredible minds

I remember hearing about the first inkling of biofortified rice when Robin Graham [Department of Crop and Atmospheric Sciences, School of Agriculture and Wine, University of Adelaide] came to IRRI in 1992 or 1993 to talk to us about high-iron rice. If we could increase the iron content of rice, we could have an incredible impact on the diets and well-being of many people. I thought that was the best idea I’d ever heard. Robin went on to say, “The problem is getting farmers to adopt it.” Well, I thought, with high-iron rice, we might get early vigor, better weed competition—we could work on that. In the discussion, all [of IRRI’s research] program leaders were there: myself, Prabhu Pingali, Paul Teng, and Ken Cassman—a real band of rogues, all of them great leaders in their own right as their careers went on. 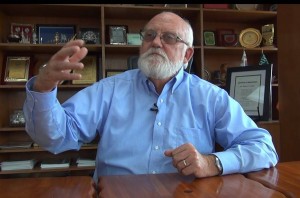 We’re going to have poor people for the foreseeable future; maybe we should do something in the interim before any economic magic takes hold.

Prabhu thought biofortified rice was a waste of time, adding, “All studies show that, as incomes rise, people spend more money on fruits and vegetables and the micronutrient problems will go away. As economies grow, we won’t have any more problems.” I sat there for a minute then said, “Prabhu, if you’re saying that the way to solve the problems of the poor is to make them rich, I’m sure that the poor will agree with you. But in the meantime, we’re going to have poor people for the foreseeable future; maybe we should do something in the interim before your economic magic takes hold. Twenty to thirty years later, we still have hundreds of millions of people who are poor and the micronutrient-enriched rice and other staple foods will begin to make a big difference in their lives. I still remind Prabhu of that. 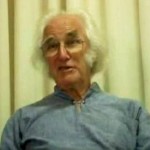 It was a great time in the 1990s at IRRI. We had a tremendous intellectual energy in the likes of Prabhu, Ken, Paul [other IRRI researchers of the time] Martin Kropff, Guy Kirk, Achim Dobermann, and Glenn Denning—all had incredible minds. Klaus Lampe [IRRI DG, 1988-95; photo left] deserves credit [for bringing us together]. We were all difficult people—we fought, we argued, and we carried on, but we were driven by the same passion to make great contributions. All of us have gone on to make our marks. That was a real crucible in the 1990s. Ask any of these people and they will say that was a special time. Klaus brought that bunch together, created the magic, and instilled in us a tremendous sense of what could be done by bringing science to bear. 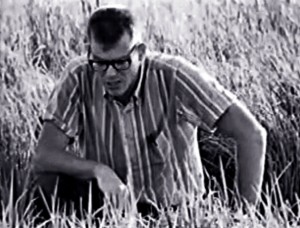 Are we condemning smallholders to a life of poverty?
It was also special time for me when I was in Latin America. It was the glory days of the CGIAR— the 1980s. It was very interesting to begin the work on rice in Latin America with Peter Jennings [photo right, circa 1963]. Jennings was really the father of the Green Revolution in rice; never properly recognized, in my opinion, for political reasons. He upset people and, just for the pleasure of it, if somebody was an idiot by his standards, he made sure that they knew what he thought and that everybody else in hearing distance knew as well. He didn’t make a lot of close friends. He and I had our difficulties as well at times. But I always respected his intellect, which was quite keen and I also respected his personality, which was quirky.

It was interesting working on rice in Latin America. The Green Revolution there had really run its course dramatically and Peter had a lot to do with it—driving it through. He brought the semidwarfs of Asia to Latin America and transformed rice production there. The modern varieties drove out upland production—that is, the marginal rice areas in Latin America were basically taken out. The small marginal subsistence rice farmers quit being rice farmers, left the countryside, and moved into the cities. For a certain sector within the CGIAR, rice was seen as a terrible crop. It was grown on relatively large mechanized farms of about 20 hectares—large by Asian standards, but small by Latin American standards. It was seen as a rich man’s crop and, in the context of CIAT, an international center that should be working for the poorest of the poor, researchers should not be working on rice. 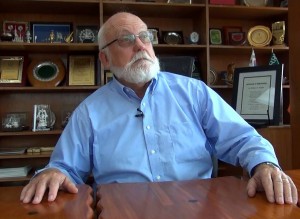 I had just won an argument with Pete Jennings!

But there was the outsize personality of Peter Jennings and the Rockefeller Foundation who said rice is a staple and CIAT should be working on rice. I took that up and bought into it, hook, line, and sinker. My argument was that rice in Latin America fed the urban poor. Because if you look at the food economy of the major cities of Latin America, rice was becoming increasingly important and that the only beneficiary of the work we were doing was not the farmer, it was the consumer.

I got into an argument with Pete about that. Somehow I was making an argument that he perceived as being against the farmer. I said, “We’ve got to consider other interests.” He asked, “What interests are there other than those of the farmer?” I said, “Well, the consumer.” The argument stopped there. A couple of weeks later, he came back and said, “You know Zig, I’ve been thinking about this and you have got a point. We should be thinking about the consumer as well.” I thought, really—I’d just won an argument with Peter Jennings! 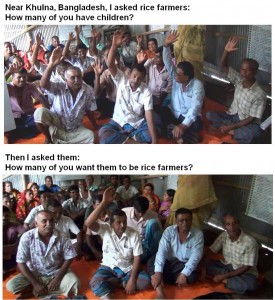 At any rate, that argument didn’t hold very well because there were people at CIAT who really felt that only the small-scale farmer should be benefited. Anything benefiting wealthy land owners was evil. And we still see that problem in the CGIAR system today—I see it even in the Gates Foundation. If we focus only on the smallholders, expecting them to stay small, are we going to be condemning these people to a life of poverty? Is that what it is? What about the many, many hundreds of millions of people who live in the cities who depend on affordable and good-quality rice?

We really have to rethink where we’re going. I have fights and fights and fights and, honest to God, I cannot understand why people don’t see that logic—that it’s the price and affordability of high-quality food that is most important. Farmers have to make a decent living at it and the consumers have to be able to afford it. Our research has to recognize that we can’t have in our mind some idealized version of the small farmer who’s living in a blissful relationship with nature. That’s fantasy! Farmers work really, really hard.