Africa. You can’t generalize Africa. I get crazy when people say Africans want this, Africans want that—come on; it is an extraordinarily diverse continent. It has suffered tremendous problems with postcolonial stress. It was absolutely shameless, shameless cynicism on the part of West. The communists and the noncommunists during the 1960s, ’70s, and ’80s had their proxy wars in Angola, Mozambique, and the Congo and the so-called nationalist groups slaughtered one another when they were basically fighting wars that were between the U.S. and Russia since these superpowers didn’t want to fight head-on. Many parts of Africa are coming out of a pretty rough history. There’s great opportunity there. I see great growth happening there. 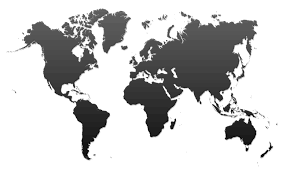 State of the world. I’m pretty optimistic about the state of the world. It’s not going to be the kind of world that we hold in our own romantic dreams, but I think that, all in all, in one or two generations, it’s my dream and hope that any person born will have the opportunity to live a life that they see as fulfilling and satisfying. I do believe that the arrow of history, to use an old term, is moving in the direction that the value of human life, human rights, sanctity of the ability of the people to live life peacefully and contentedly in an environment that’s comfortable and I supposed sustainable—I think that dream will be realized. It won’t be in my lifetime. It won’t be in my children’s lifetime, but maybe in the lifetimes of my grandchildren or great grandchildren. There’ll be ups and downs. That’s how I see things going. 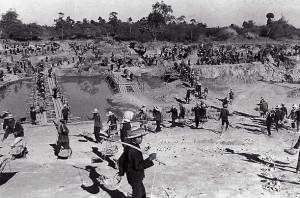 Cambodia’s “Killing Fields” (photo at right). A very stark reminder of what people can do to each other in the name of truth; same thing in Rwanda, Burundi, Congo, Germany in World War II, and in the expansion of the U.S. into native American territories. Every single one of them was done in the name of God, truth, and justice and right. I think if anybody tells you that they are right and they know the way to go, you should run as fast as you can in any other direction. Because if they think they are so right and you disagree with them, you’re in trouble. [Read Glenn Denning’s narrative of IRR 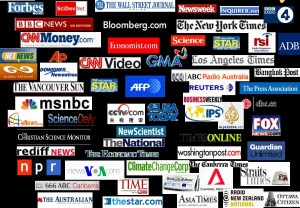 I’s involvement in Cambodia after the Killing Fields.]

I can tell you men and women are different. Thanks God! Photo: IRRI archives.

Role of women. Unfortunately, I think it’s true that women, as part of society, have been subjugated, have been marginalized, and have been taken almost as property, as reproductive animals. I think if we look at some of the attitudes across many, many, many different cultures, it’s only the recent decoupling of the control of reproduction that women have been able to assume more control over their lives. It’s very clear that as women become more educated and are freed up from societal requirements—that they are first and foremost for reproduction—they are treated as people and then an unbelievable richness and wealth of opportunity will emerge.

When I was coming up in the 1960s and ’70s, women’s movement maintained that there was no difference between men and women. I raised two daughters and I can tell you that women and men are different. Thank God! And I think that difference is biological in basis and there are different ways that women perceive the world. I think that threats and opportunities are perceived differently by men and women. And I think that, by not recognizing that, we actually discard the tremendous source of wisdom and perspective. I’m not saying that women are smarter or better or not than men, but even seeing my little girls from early on before I tried to raise them as good liberal persons, it is just different. I’m convinced that it’s hardwiring and there’s nothing wrong with that. As a matter of fact, I think it’s a damn good thing. As our societies move, I hope against hope that women are engaged absolutely as leaders and as full participants in our society, all of our societies.

Yes, they will have children. Yes, they will be mothers, thank goodness. But I think that the role of women has got to be much more as a leadership role than it has been in the past. If we look at the Philippines, Bangladesh, India, Germany, Israel, these are places where women have provided unbelievable leadership. I think that is just a tiny example of what women have to offer. As societies, we are foolish to discard that or to belittle that or somehow to push it aside. 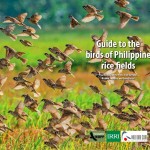 ; 93-species field guide. Well, since my ringtone is a quacking duck; I’m a lame duck. I think it’s an outstanding contribution. It’s an example of the environmental sensitivity of IRRI and how we view our agricultural practices being sustainable. I think it’s a great, great addition and only a couple of decades overdue, but better late than never.

Bill Gates. Bill came to visit IRRI [8 April 2015; at right in photo] and it was really an exciting time. I found him to be a very, very engaging guy. I was concerned that he would be difficult to talk to. All my fears were completely unfounded. I found him completely well-informed and really interested in what we’re doing and happy to engage with our scientists. 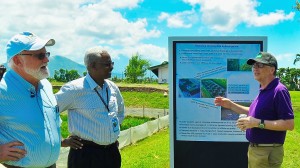 Bill Gates wanted to learn from IRRI staff and he was properly humble before them; I was really impressed. Photo by Isagani Serrano.

I really admire the transformation he went through in his life. He started out as a pretty brass, hard-driving, hard-nosed business person, and once he was very, very, very, very successful, he and his wife decided that maybe they should turn their energies towards philanthropy, wanting to make a huge difference. And I think that’s tremendous. I admire the guy greatly and I consider myself very fortunate to have had an opportunity to spend a day with him. I learned a lot.