Molecular biology vs. plant ecology
I ended up going to the University of Illinois, based on what I did in high school. After admission there, I had an interview with an advisor who saw something in me. He recommended that I go into an Honors Biology Program. That really changed the course of my life. It was not the general biology pre-med class with 300 students; instead, around 10 of us were taught by four professors. It was a large land grant school with thousands and thousands of students. It was akin to going to a school like Harvard with small classes and outstanding teachers.

Molecular biology was the thing at that time. The faculty there was really on the cutting edge and I was told, “Bob, you have got to go into molecular biology.” Being the iconoclastic, irreverent rebel that I was, I decided that I would go into plant ecology, the exact opposite of molecular biology. Ecology, which is a fascinating field, would bring together a lot of different things for me. 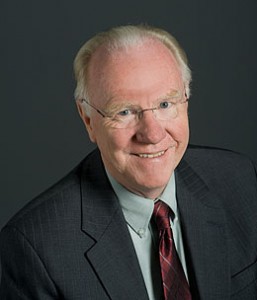 When I finished undergraduate school, I had experience working in a laboratory with Larry N. Vanderhoef, who eventually became the Director of Research at the University of Maryland and then the Chancellor of the University of California, Davis. I worked at his lab one-on-one with him, a brilliant, really nice guy. My conclusion, at that time, was that I did not want to go on to graduate school.

I took a plant ecology field trip to Mexico and was blown away again. I had never seen the ocean before. Mexico showed me a different culture with snow-capped mountains and tropical beaches. In the cities, I could drink beer even though I was only 20 years old. I didn’t have to worry about an ID; fantastic food—my God, I thought I’d died and gone to heaven! I came back from that trip transformed. As a result, I joined the U.S. Peace Corps and was sent to Africa—Zaire, specifically, because of my French ability. How I learned French in the first place is interesting.

Learning French the Plato way
I took French in 7th grade, probably at a low point of my academic performance, and got a D minus. I took Spanish in 9th and 10th grades and just did horribly, absolutely horribly. I couldn’t understand English grammar; I didn’t understand French or Spanish grammar.

In 10th grade, my teacher said, “Bob, I’ll make a deal with you. If you don’t take another Spanish class in high school, I will pass you. I will give you a D.” I said, “God, what a deal!” I won’t fail and I won’t have to take anymore Spanish. I had won the lottery on this one. What’s interesting is how this thing came together—and really funny. Because I was in the Honors Biology Program at Illinois, my program would not fit the normal schedule of courses.

Because I was in a Liberal Arts program, I had a language requirement. I had to take French; that was the deal for some reason, even though I almost failed it in high school. I ended up taking the only French program that would fit mine, which had an “X” beside it. I found out later that it meant “experimental.” I showed up in this French class and the class was told, “Guys, this is an experimental French class—the first in the history of the world that’s going to be taught by a computer. It’s called the Plato system. We’re going to teach you French in a way it’s never been taught before. You will never see a written word of French in the first year; you’re only going to hear French and you’ll be learning it orally. You will have a lectured class, but you won’t be seeing any written French. You will have interaction with the computer and a very sophisticated taping system.” I just loved it.

I ended up spending untold hours on weekends and evenings in the laboratories working on French because I was really curious. It was not being taught having to learn nouns, verbs, and adjectives. I still have a hard time picking up which is which, but this program was completely different and I just loved it, and did extremely well. The irony of all this was that having essentially failed French in 7th grade and Spanish in 9th and 10th grades, I ended up working in my career in environments where I had to speak fluent Spanish and French. And I learned them both, thanks to this entirely new way of teaching—which was opened up, to some extent, because of my weird attitude to be a mad scientist.

A transformation in the U.S. Peace Corps—interest in plant disease

I went to the Peace Corps and got sent to the Congo, Zaire at that time. I was placed in a little school, Collége Musim, out in Bandundu Province about 200 kilometers north of Kikwit [arrow on map]. If you “Google” Kikwit, you will learn about the Kikwit strain of Ebola that arose in May 1995, way after my time. At Collége Musim, I taught math, chemistry, physics, and biology to 9th through 12th grade students—60 kids to a class—and in French! I was intrigued and I loved living in fascinating rural Africa. A transformative event was an outbreak of bacterial blight that wiped out the cassava crop [the third largest source of food carbohydrates in the tropics, after rice and maize]. I knew a little bit about blight because of the southern corn leaf blight that caused losses in the 1970s in the Midwest [United States]. Here, the main food for the people in my area was wiped out. This was causing local starvation. We had to close our school; there was not enough to feed my students. It really struck me that a plant disease, hitting a staple crop, could have such impact and nobody could do anything about it. I heard rumors that some guys from an international center had gone to Kikwit to look at the outbreak of bacterial blight. It was James Cock from CIAT [International Center for Tropical Agriculture], whom I ended up working with years later. Anyway, that got me interested in agriculture and disease.

Later, when I was a graduate student at Oregon State University, I took a forest pathology course because I wanted to study the interaction of dwarf mistletoe parasitism, fire, and community dynamics. This continued my turn-on to plant disease. The complexity of plant disease in ecosystems, my exposure to its impact on cassava, and the real eye-opening experience of living and working in a developing country [through the Peace Corps] all directed my career from then on.

I joined the Peace Corps with a sense of adventure. I’d like to think that I wanted to improve the world and serve mankind. But to be blunt about it, I was 20 years old and I wanted to see the world and let somebody else pay for it. Of course, I took it very seriously. I prepared the courses that I taught very seriously and cared for the students as best as I could. But I was a 20-year-old kid. I traveled around Africa in the back of trucks, climbed Mt. Kilimanjaro, and visited game parks. I lived on just a couple of dollars a day and it was just fine.