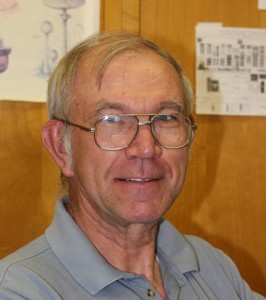 Designing a fire plan for Crater Lake National Park
After I came back from the Peace Corps, I went to graduate school at Oregon State University and studied plant ecology. I examined the fire history of Crater Lake National Park, a beautiful place. My thesis project was based on the premise that the [U.S.] national park system should retain the forest in its pristine state.

People have been putting out forest fires since 1900 even though fire is a part of the natural environment. An interesting question: should we actually introduce forest fires? If the answer is yes, how do we go about it to capture the pristine state? We needed data. I petitioned my professor, Don Zobel, to do a study on lodgepole pine forests (photo below, right), which is the primary forest species in Crater Lake Park, to determine its pristine state. How might it have changed because of fire suppression and what did we need to do to reconstitute the pristine state of the forest there?

Don said, “Your thesis is to re-create the past and determine what we need to do to protect the forest and create the path to the future.” That involved quite detailed studies on age, community, and structure to try to predict how things have changed over the last 70-80 years. It was fascinating.

Crissan, my wife, worked with me very closely. She collected the data in the field—quite thankless, hard work. Eventually, we got it done and we came up with a fire plan for Crater Lake National Park [Zeigler, R.S. 1978. The vegetation dynamics of Pinus contorta forest, Crater Lake National Park. M.S. Thesis, Oregon State University, Corvallis, OR.]. We wrote it up, my professor (Don Zobel) and I. Don, a great, wonderful adviser, said, “We need to determine when this should be re-evaluated to see if it has been effective or not.” He asked, “Bob, how old are you, 25? Okay, let’s say in 75 years. You’ll be dead by then!” And sure enough, that’s what they did [re-evaluation slated for 75 years later]. 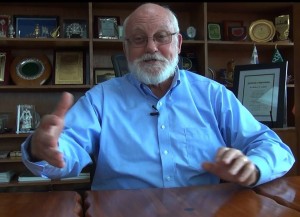 Wow, she was talking about me and my work!

But here’s the crux of this story. About 4-5 years ago, Crissan and I were driving back to Portland and we stopped at Crater Lake. We love stopping there. I open the door and smell a marvelous mixture of pumice dust, pines, and mountain air, and BOOM! I am sent right back to my youth. We came up to some parked cars and stopped. Some park rangers were there talking to visitors. We looked over the edge where, far below on the forest floor, was a raging forest fire. It was pretty big and crowning up. Some people shouted, “Why aren’t you putting out that fire?” One of the rangers answered, “No, this is part of the forest management program’s scientifically-based management program for Crater Lake National Park, based on a set of very, very important studies done in the 1970s that recommended …” I thought, wow, she was talking about me and my work! Oh my God, one does not get to experience that very often. What a coincidence that I was there in the crowd. I went up and talked to the ranger later and told her, “I’m the guy who did that study.” She looked at me and rolled her eyes, saying, “That’s interesting, thank you very much! Nice that you are back.” From the expression on her face, she probably thought that I was really some old visiting crank.

No ambition to be a director general
It’s funny. I never, ever had an ambition to be a director general. I, like most young, hungry scientists, loved nothing more than to make fun of the DG and to complain. My God, what we said: “Obviously, the director general does not know a damn thing; what is he thinking, etc.” I was very much an iconoclast who felt that people in authority were pretty much incompetent and didn’t know what they were doing. I made no secret about it and said it quite openly. Surprisingly, I still had a job [as a plant pathologist at both the International Center for Tropical Agriculture (CIAT) in Colombia and IRRI]. There were a number of people who said they wanted to be a DG. I won’t say their names, but none of them became one; that’s interesting.

The first time the notion of DG was ever mentioned to me was in this office. I was giving an exit interview to Ron Cantrell [then IRRI DG, 1998-2004]. I was going off to Kansas State University to be the head of the Plant Pathology Department. I didn’t think I’d ever be back in an international center again. I thought I’d be moving into U.S. academia, focusing on agriculture there. Ron mentioned in passing that he saw a great future for me and, some day, I could even be sitting in this chair. I thought, “What, are you crazy?”

At that time [1998], CGIAR DGs were gods and I certainly didn’t have any god-impression about myself. But lo and behold, 6 years later, I had left Kansas and was heading the CGIAR’s Generation Challenge Program based at CIMMYT [in Mexico]. There, one of my colleagues, who was a good friend of Ron Cantrell, told me that Ronnie was resigning from IRRI and that he and Bob Havener [former IRRI interim DG in 1997] said they thought that one of the strong candidates for the position would be me. Anyway, to make a long story short, it ended up being me. But it’s something I never sought.

Regarding the power and responsibility of a DG, the power is overstated and the responsibility is underappreciated. It’s the best job I’ve ever had, I can tell you that. It’s also the hardest job I ever had. I wouldn’t wish it on anyone. It takes physical and emotional tolls on you. But, for a place like IRRI, assuming you do the job well, the opportunity that turns IRRI resources into making a difference in the world is something you can’t walk away from. If you’re given the opportunity and you’re a serious person, how can you say no. 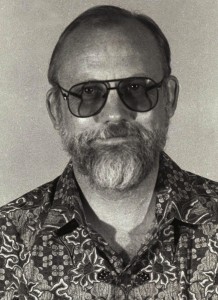 Not “one of the boys” anymore
I was certainly one of the boys when I was here [as plant a pathologist at IRRI, 1992-98]. We had some wild, raucous times that will be best described by others.

Advantages. There were real advantages for coming back [as DG] after 6-7 years, and one was that I knew rice. I am the only director general of the Institute who actually has had a career in rice. I understood the rice plant; I understood the challenges around rice biology, agronomy, and crop protection. I had an administrative career in rice at CIAT and at IRRI. I also have a pretty good appreciation of IRRI’s culture, for better or worse. I knew where a lot of skeletons were buried. I knew ALL of the tricks that people pull on senior management because I had pulled them all myself in previous incarnations. I had a good relationship with most of our partners across the region. I had an appreciation for the real potential of rice in Africa. 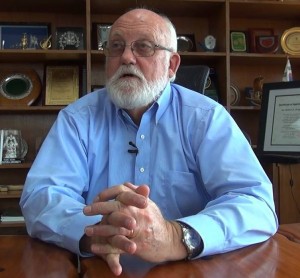 I know more than people think I know.

Disadvantages. There were also some disadvantages, one being that I was friends with people [from the previous stint at IRRI in1992-98] and that friendship could get in the way of doing my job—and that was really hard. I had to let people go who I used to play tennis with and socialize with; that’s no picnic. Likewise, the direct expectations from me that people could draw on a past relationship to get favors done made me uncomfortable, to put it mildly. It was particularly hard for my wife. There were expectations that we could magically transform real problems or challenges at the Institute. As I looked more and more into what were the underlying problems that manifested themselves as dysfunctions in the Institute, I saw that there was some huge transformations that had to take place—and this took years. Some of them are still underway 10 years later. That was really hard because people didn’t appreciate the insights you have as director general and the way you see the Institute.

People think they can hide things from you, provide you with distorted views—maybe they can. But I know more than people think I know and it could be very painful sometimes and very, very lonely. I found that I became less, far less, social than I was in the past at the Institute and that’s because I can only make so many hard decisions without it taking a toll, and I had to defend myself. On the other hand, I tried my very best to make sure that the Institute itself, not the DG, is as sensitive and responsive as possible.

One of the things I tried to do, and I hope I’ve been somewhat successful, was to take the personality cult, the “god” cult, out of the director: that we talk about the institution and not the DG.